This is Championship Central where you can relive the entire Jordan football season before the Panthers play Northwood in the CIF Southern Section Division 11 championship at Irvine High tonight. Kickoff is scheduled for 7 p.m.

Jordan came into this season looking to improve after a disappointing spring and got it started right with a dramatic overtime win over Kennedy.

After struggling in a 34-6 loss at JW North in week two, Jordan bounced back with a 36-20 victory at Fairfax.

With the best record in Long Beach at the time, the Panthers stumbled at the end of September with consecutive losses to St. Paul, Millikan and Lakewood. The defeat at the hands of the Lancers came on a last-minute touchdown.

The season turned around when Jordan grabbed its first Moore League victory against Compton.

Watch the highlight video from the win over Compton

Jordan beat Wilson for the first time since 2012 the next week to put itself in the playoff hunt.

Full coverage with article, video and photos from the win at Wilson

The Panthers extended its winning streak with a 74-6 win at Cabrillo. 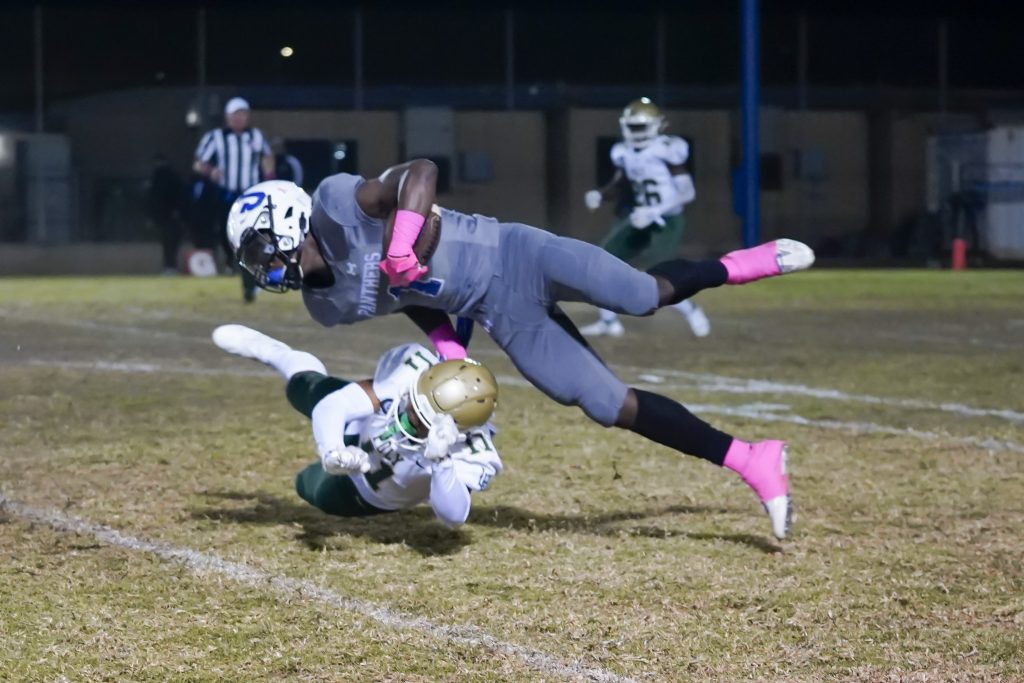 Jordan suffered a 42-0 loss at home to Long Beach Poly in the regular season finale at the end of October.

The Panthers got into the playoffs via an at-large bid after finishing in a tie for third place in the Moore League.

Jordan showed off its elite speed in the 46-21 win over visiting Rim Of The World in the playoff opener. Damian Henderson had a trio of long touchdown runs in the victory. 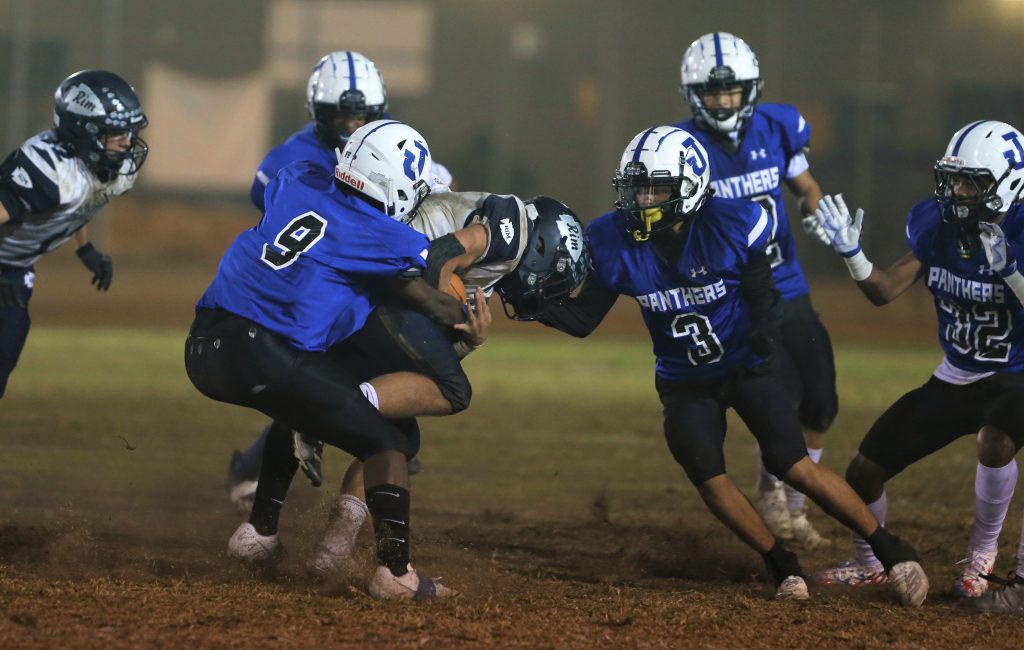 The Panthers came back to beat Granite Hills in the second round thanks to a fantastic game from Jordan Washington.

Jordan beat Twentynine Palms in the semifinals after senior Jeremie McGurn made a string of big plays in the second half.

Wilson and Jordan are both in desperate need of a league win tonight as the Bruins celebrate Homecoming. Wilson (3-3, 1-1) is coming off of its loss to Poly, and Jordan (3-3, 0-2) is trying to snap its first losing streak of the season. “It’s Homecoming week and that’s a lot of distractions, but the […]

After years of chasing the top three teams in the Moore League, Lakewood is comfortable with the underdog role. An experienced group of senior leaders are hoping to get the Lancers in the title chase once again. Lakewood hasn’t won a league title since sharing it with Poly in 2001. “The seniors play a big […]