The Long Beach Poly softball team announced itself as a Moore League title contender last year with a win over Lakewood and a second-place tie in the final league standings. The Jackrabbits return the Moore League Pitcher of the Year in CSUN signee Bella Alonso, as part of a returning class of four 1st team All-League players.

The Jackrabbits haven’t won the Moore League since 2006 and have only won it twice in the league’s 46-year history. Despite that fact, they’re not mincing words about their expectations.

“We’re ready to change that second place to first place,” said Alonso. “We’re ready to compete every step of the way. We’ve been getting stronger every year under coach Liz and we’re excited to play and compete.”

An unfortunate twist of the start of the year for Poly has been a rash of early-season injuries, including a season-ending one for first-team all-league catcher Kassandra Villegas. First baseman Kristianah Villegas and middle infielder Tiare Ho-Ching are also sidelined in the short-term, putting the Jackrabbits in scramble mode.

“Hopefully we’re done with that, we haven’t had a rash of injuries like this,” said Poly coach Elizabeth Sanches. 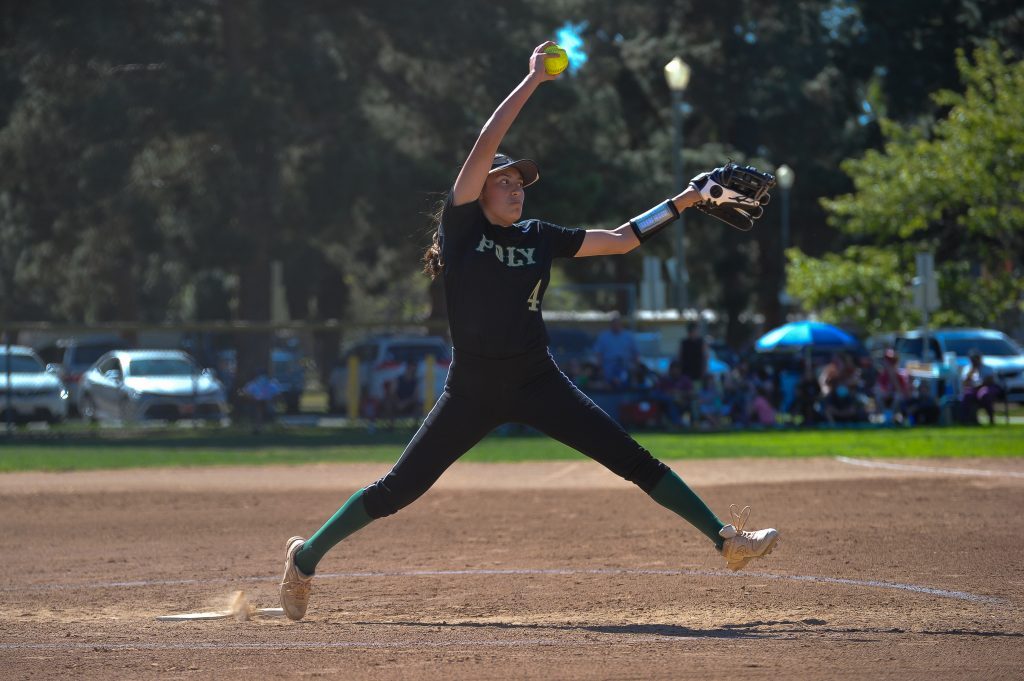 Sanches credits Poly’s award-winning magnet programs PACE and CIC for helping to bring new talent into the program, but the truth is a lot of it is about the coach herself as well. Her entire family graduated from Poly and while she played for Lakewood, she said becoming the head coach at Poly was a dream come true when it happened in 2017.

“My dad’s entire family grew up on the Westside in the military housing and they all went to Poly,” she said. “My dad passed away in 2010 but I know he’s so proud that I was coming back to Poly. He wasn’t able to see this happen, but with his daughter being the head coach and his granddaughter playing on the team, he’s looking down from heaven. When we beat Lakewood last year the first place I went after that win was the cemetery to be with him.”

Sanches’ connection is deeper than just the dirt diamond. Sanches is first-generation Chamorro, and is one of the first Pacific Islander head coaches in the Moore League in any sport. As Polynesian players are starting to take over the sport, it’s not a surprise that Poly’s legacy of top-notch Polynesian athletes is continuing under Sanches, with her daughter, Ho-Ching, and Moe all in starring roles. 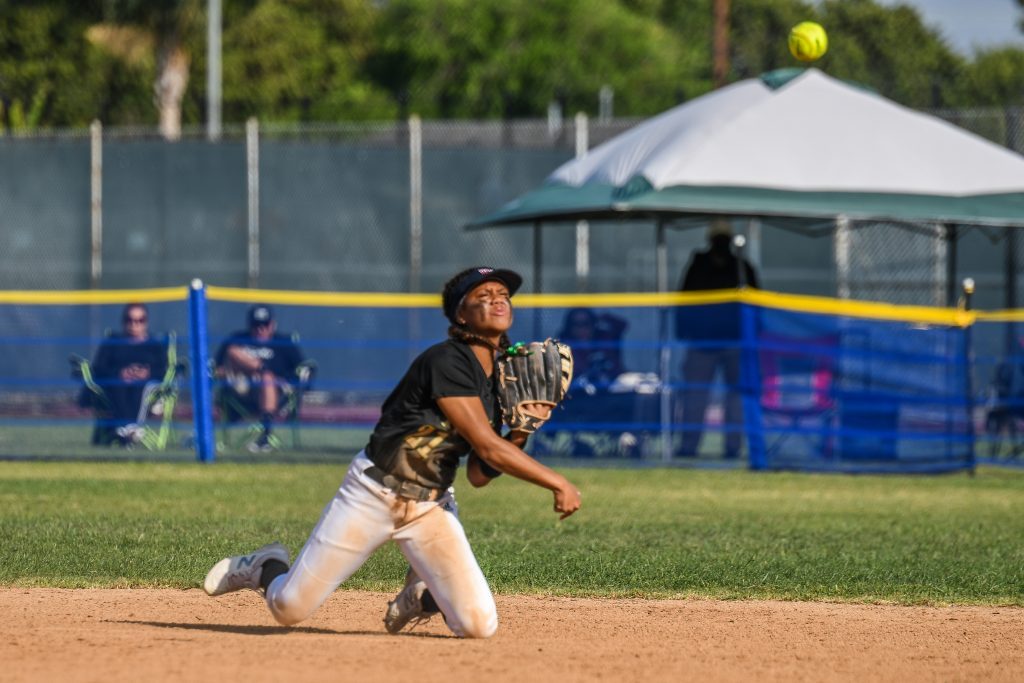 “When I played at Lakewood, nobody looked like me, there wasn’t a whole lot of Islander representation, so i love it,” she said. “Kids coming and playing ball but also having good grades and having a vision that includes higher education is what our community needs.”

Sanches is a teacher on campus and is Poly’s ELA intervention specialist as well as the faculty sponsor of the school’s historic Pacific Islander Club, whose roots stretch back 50 years into the early 1970s.

Her team this year is a blend of veteran leadership and experience with young up-and-coming talent. Sanches speaks of her senior pitcher with equal parts pride and respect.

“Bella is always confident, she’s been a championship pitcher since I met her when she was eight,” she said. “She’s not loud or aggressive, she’s just focused. She feels like with the injuries it’s her job to step up. No excuses, we still have the same goals.”

The injuries have forced Emma De La Torre to step up at catcher, and Sanches said that Nyla Spring has stepped into the second pitcher spot behind Alonso. Jendell Moe has a huge bat and has even smacked a ball out of Joe Rodgers Field. Ho-Ching and and Vanessa Correa make up a strong middle-infield tandem with Daisy Martin holding down third. Sanches also likes the athleticism and playmaking of her outfield and says sophomore Briana Bailey is one to keep an eye on going forward. The outfield is anchored by junior captain Sakarah Buckner in center.

Long Beach Poly has a new girls’ cross country coach, as the school has turned to its own alumni ranks and named Gabrielle Bournes to the position. Bournes is a longtime assistant coach with Poly’s track and field team, and will be around full time despite being a walk-on. “I’m really excited, I want to […]

We’ve got the All-Moore League football list, as voted on by the coaches.