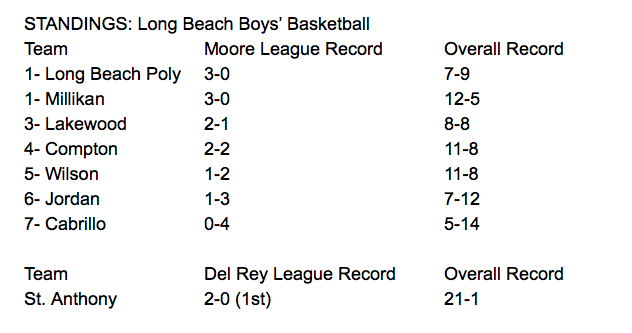 There was plenty of chatter pregame about how Compton had a good shot at Long Beach Poly’s boys’ basketball team on Thursday night in a battle of the Moore League’s two best teams. Compton took their shot, but the Jackrabbits proved the superior team in a 70-61. “This is a big win for us,” said […]

Photos from our guys at All-In Press, Art O’Neill and John Napalan.