The Jordan baseball program is ready to take the next step and follow in the footsteps of the Jordan football program after the Panthers reached a championship game a few months ago.

“In Division 6, if we can get into the playoffs anything is possible, just like the football program,” Jordan coach Bryan Whitfield said. “Maybe we can catch one of the other four teams looking ahead to somebody else and we can sneak into that four spot. We’ve got a well rounded unit and I like our chances this year.”

Whitfield said he’s excited to have a few players on his team who were on the football team to try and bottle that magic.

“The competitiveness of the school changed when the football team did what they did and I hope it’s contagious,” he said.

Jordan has gone from the sixth to fifth place in the Moore League under Whitfield, and he wants to continue that climb up the standings by using his teams speed and versatility.

“If everyone does their part and completes their goals then I feel like we’ll be fine this year,” senior Bryan Whitfield Jr. said. “I’m hoping that this year we can have a chance to make the playoffs. But it takes the whole entire team to win the game.” 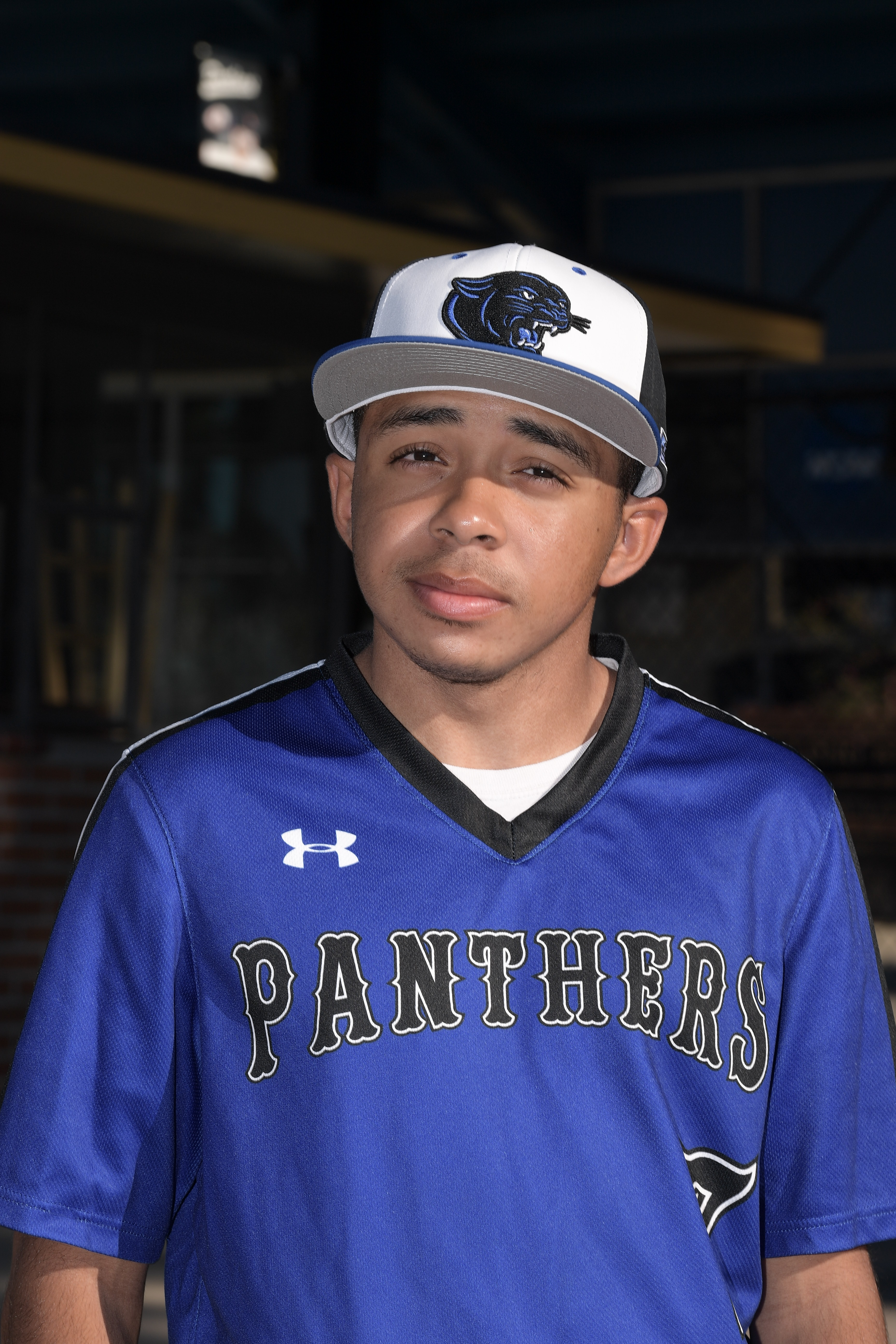 Whitfield Jr., who was first team All-Moore League last year, will leadoff and play up the middle as shortstop and second baseman as one of many Panthers who can play multiple positions. He has excellent speed and worked hard on his stamina during the offseason so he can be quick throughout the game. Whitfield Jr. added that playing for his dad as the coach doesn’t change anything for him and his team.

“I’ve never been treated differently,” Whitfield Jr. said. “He’s my dad so I’m trying to play my very best and everyone knows that, but everyone should play their very best regardless.”

Jordan ace pitcher Enrique Gastelum will hit in the two-hole while moving around the diamond as a third baseman, shortstop or second baseman. The senior has been with the program for three years. Whitfield said he wants to be abel to hit and run a lot with Whitfield Jr. and Gastelum.

Catcher Roman Avila, who was second team All-Moore League last season, is a four-year Varsity player who will hit in the three spot. He has one of the strongest arms in the league, and could also serve as the Jordan closer on the mound.

Batting cleanup will be senior Diego Lara-Benitez who is a big, raw talent who will play mostly first base while filling in for Avila when necessary.

In the heart of the lineup, senior second baseman Anthony Vasquez will be back after transferring in last year and getting feel for the league.

Outfielder and football player Angel Roman will be in the outfield and provide some pop in the bottom of the order where right fielder Nicholas Cordova, first baseman Iain Munoz and freshman center fielder Oswaldo Martinez will also hit. Martinez will also be the No. 2 pitcher behind Gastelum.

Whitfield said he’s excited to get into the Moore League schedule because of the experience his team has picked up over the last year in American Legion and Compton Urban Academy leagues. The Panthers will also get good tests in the preseason against higher division teams from Orange County.

“If we just play up to our standard and stay in games early we can make some noise and hang with a lot of these teams,” Whitfield said.

Jordan has won two of its first three games this season, but has tough local challenges against Norwalk and St. Anthony coming in the next week. The Panthers open league play against Long Beach Poly on March 9.

The Lancers are in the midst of a three-year rebuilding process that 35th-year coach Spud O’Neil says is going as planned. However, he admitted that the most important thing about this season is for his team to learn how to close out games. “I called this the five-inning team last year,” O’Neil said. “We were […]