Compton football hasn’t won a CIF Southern Section playoff game since 2006, and this year will be their best chance to make history. Compton is the top seed in Division 12 and hosts Costa Mesa in the first round on Friday. Time and location is yet to be determined.

“I can’t complain,” Compton coach Calvin Bryant said. “We’re just happy to get in and have an opportunity to play. Back in the day in the Pac-5, if we were in the playoffs we’d definitely be playing St. John Bosco or Mater Dei in the first round.”

Compton (4-5) finished third in the Moore League thanks to winning the envelope draw tiebreaker after the regular season finales last week. Costa Mesa (5-5) is also a third-place finisher out of the Orange Coast League.

“We have to play one of our best games and perform well to win,” Bryant said. “I’m not going to say I feel good (about our chances to win it all) because I never feel like that when it comes to the playoffs.”

Compton finished the season with an emotional win over Lakewood and a blowout win at Cabrillo. They’re hoping running backs Dion Johnson and Erick Barrios can continue to run the ball effectively out of the double wing formation that has been getting better every week since Compton’s offensive line has gotten more healthy.

Costa Mesa edged Estancia 14-7 in the regular season finale last week. The Mustangs are 1-4 away from home this season and have given up over 300 points in 10 games.

Looking at the rest of the bracket, the winner of this game will face the winner of Walnut and Santiago. Those two teams have only lost a combined five games this season.

“We just have to make sure guys are mentally focused and prepared by working hard in practice this week,” Bryant said.

The last time Compton won a playoff game was in 2006 when they went on the road to beat Esperanza. They then had to host Orange Lutheran at Wilson High because their stadium didn’t have a big enough capacity. Bryant was the head coach of that team and said, “We had a lot more stability those years.”

This season is similar in that Compton won’t be able to host games on campus, as has been the case all season. Bryant said he’s trying to secure Compton College or one of the other Compton Unified School District schools to host the game Friday. 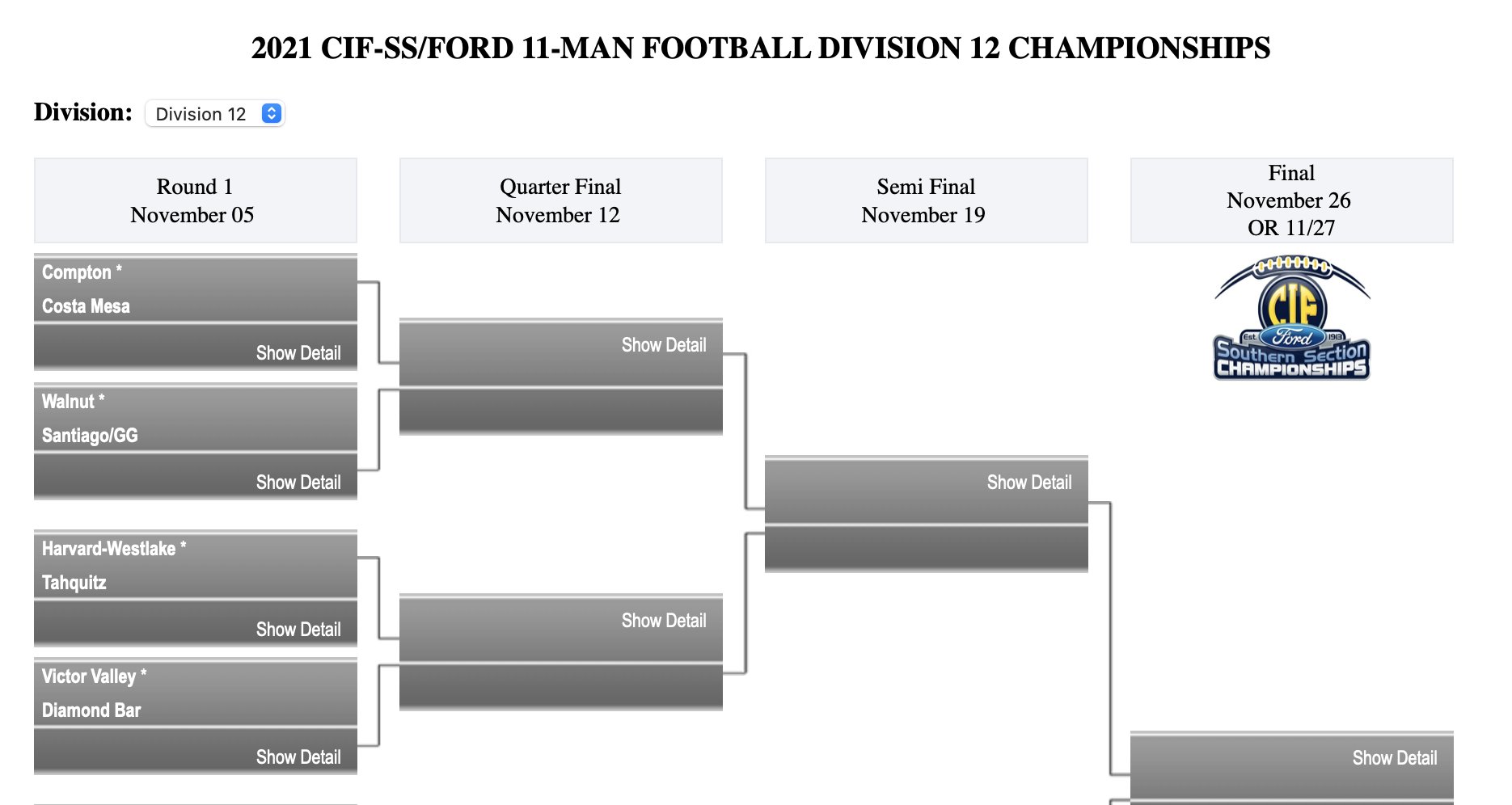 The562’s coverage of Lakewood Athletics is sponsored by J.P. Crawford, Class of 2013. Lakewood is hosting the CIF Southern Section Division 8 Football Championship tonight at 7, and it’s been a long journey to this point. We’ve been there every step of the way with the Lancers and you can relive the whole season right here. […]

BREAKING: Tonight’s game between Millikan and Jordan has been canceled due to a forfeit by Jordan. We’ll have a full story this afternoon but the cancelation is not due to COVID. It’s Opening Night in J-Town as the young Panthers welcome Millikan (0-1) for a 7 p.m. showdown. The Rams will be looking to put […]