Perhaps no high school sport in Long Beach has been stronger over the last decade than girls’ basketball. The city has seen Long Beach Poly, Millikan, Wilson and St. Anthony win CIF Southern Section championships and the Jackrabbits and Saints win state titles. The city’s strength in the sport was rewarded on Sunday when the CIF-SS released this year’s playoff brackets, with the first round set to take place Thursday and the second round set to happen Saturday.

All four of Long Beach’s playoff teams, the above-named Jackrabbits, Rams, Bruins and Saints, received the honor of Division 1 placement, with Poly (11-2) receiving the No. 1 seed and a bye into the second round, where they’ll host the winner of Peninsula and Brentwood on Saturday evening.

The other teams are on the road, as Moore League second-seeded Millikan (7-3) will travel to Aliso Niguel while third-seed Wilson (10-3) will travel to Sierra Canyon on Wednesday. St. Anthony finished third in the Del Rey League and the Saints (7-7) will travel to Rolling Hills Prep for the first round. Wilson had originally been scheduled to visit Esperanza before a change in CIF-SS brackets Monday moved them to a tough challenge in traveling to Sierra Canyon.

The Division 1 bracket is below, CLICK HERE for all the CIF-SS girls’ basketball brackets. 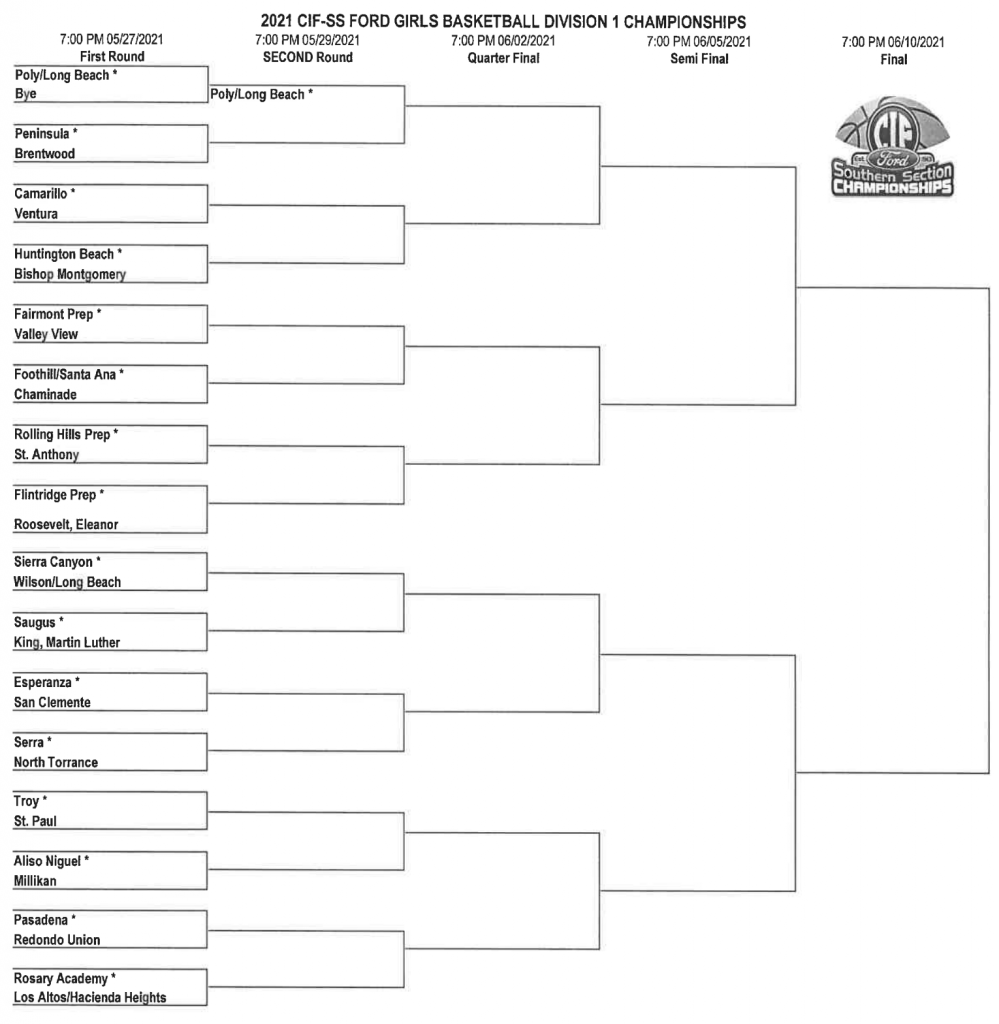 After cancellations and postponements due to COVID-19, the Moore League Girls Wrestling Finals took place on Thursday at Millikan and everything went off without a hitch. “Clap it up for getting through league,” Millikan coach Blake Lovato said in a microphone before the award ceremony. The winners featured plenty of repeat champions as six individuals […]