The CIF Southern Section playoff brackets were released Sunday afternoon, revealing the playoff path for St. Anthony, Long Beach Poly, Compton, Lakewood and Wilson, all of whom will compete in Division 1, Division 2AA, or Division 3AA. Firs round games will take place on Wednesday, with the second round happening on Friday.

St. Anthony (9-3) finished second in the Del Rey League and is the only Division 1 team in the city this year. The Saints will host Pacifica Christian in the first round then face the winner of Beverly Hills and Windward in the second round if they advance.

The top Moore League teams are in Division 2AA. Long Beach Poly (11-3) is the co-champion of the Moore League with Compton, but won the coin flip for the league’s top seed. The Jackrabbits have a first-round bye and will face the winner of Village Christian and Campbell Hall in the second round. Compton (11-1) is on a 10-game win streak and will host Temecula Valley.

In Division 3AA, Lakewood (9-5) and Wilson (7-10) will compete as the third and fourth seeds from the Moore League, respectively. The Lancers travel to Lawndale while the Bruins visit Holy Martyrs. 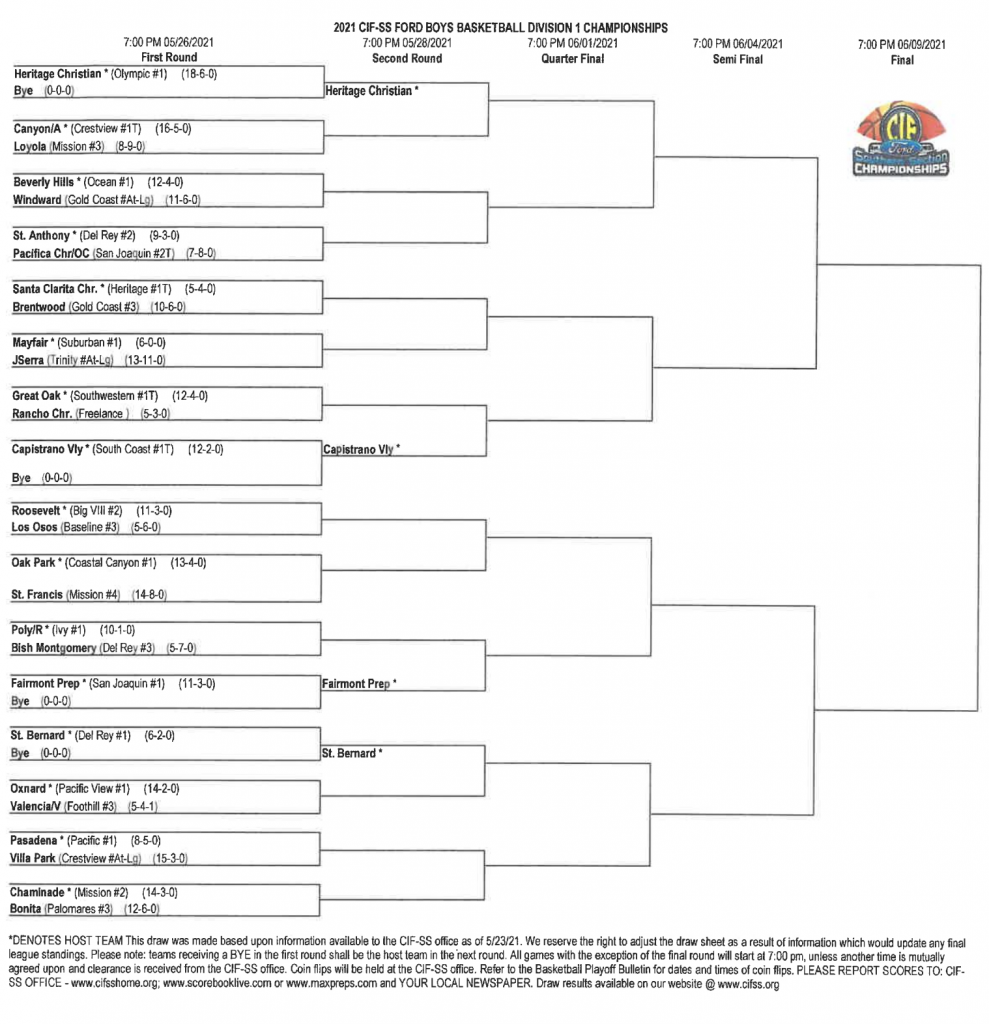 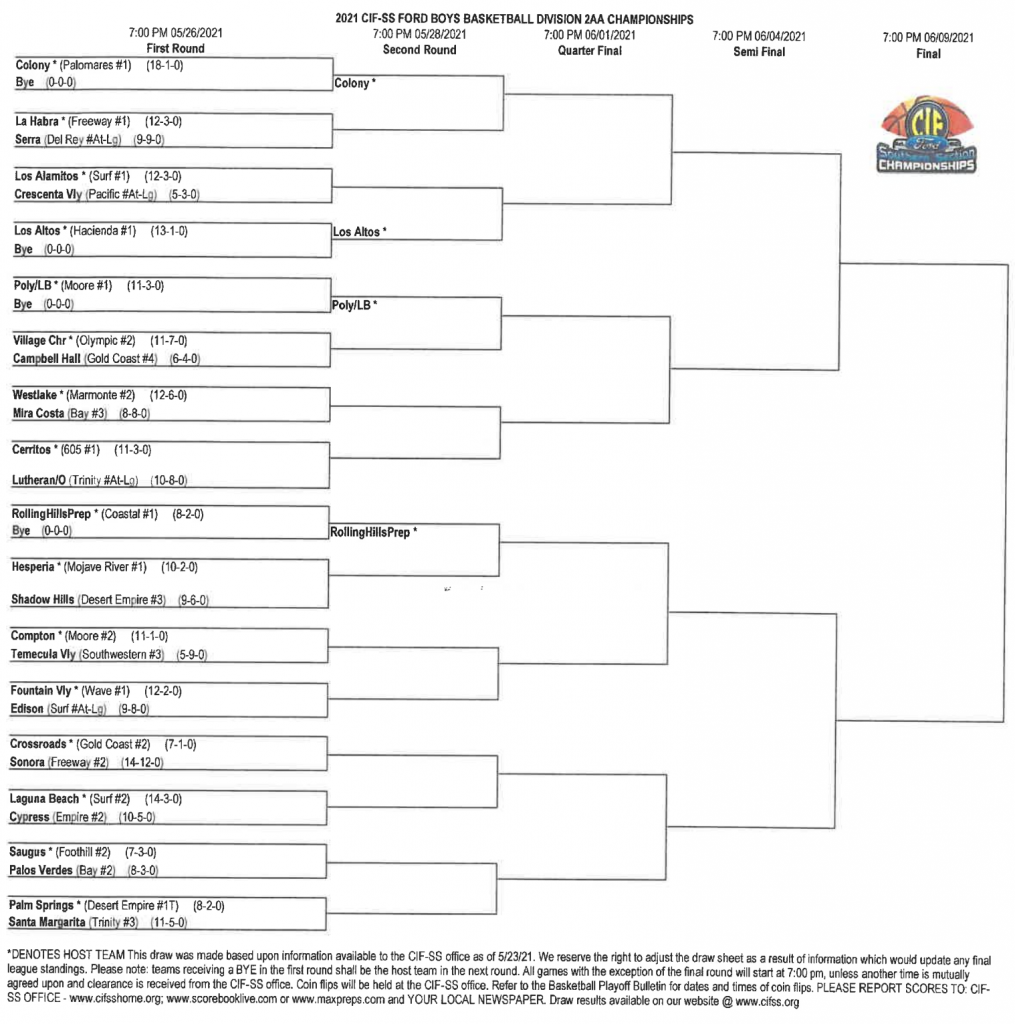 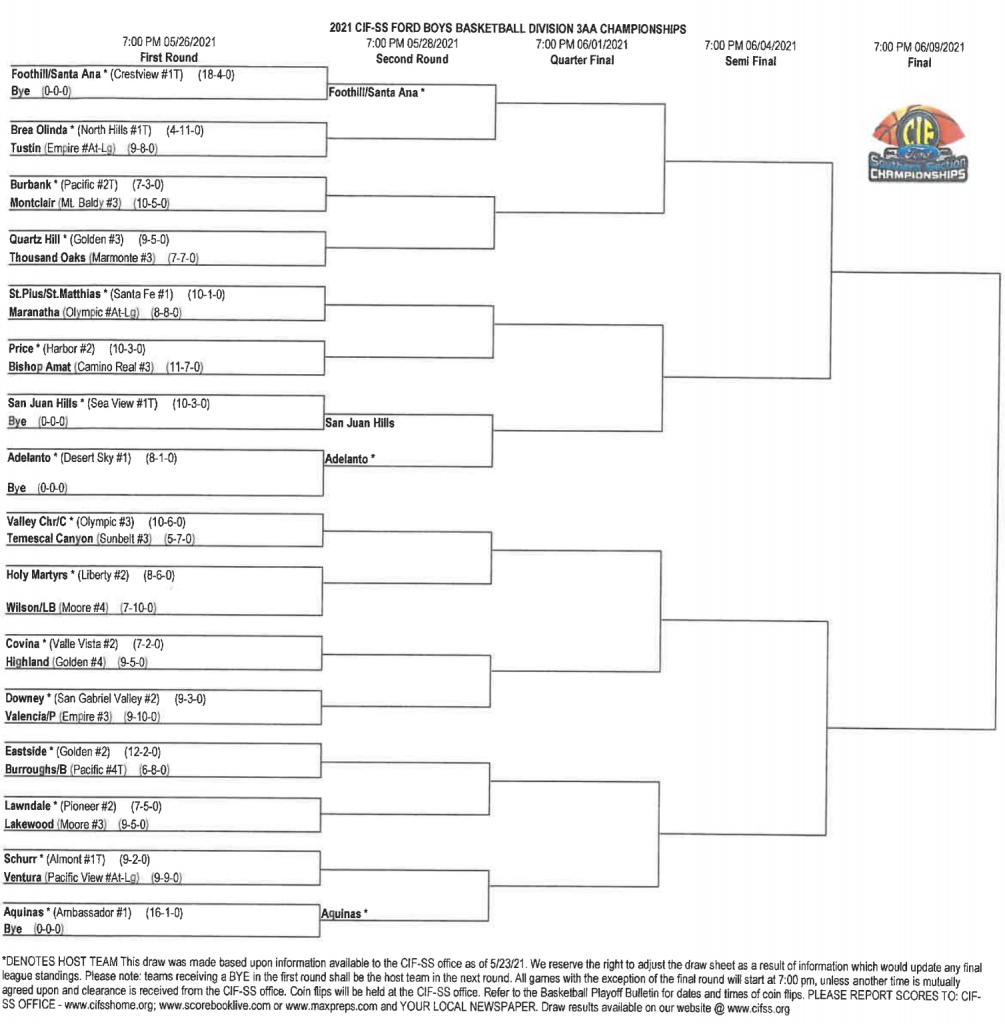