After a slow start Friday night, Wilson came alive and scored 42 unanswered points on Senior Night in a 48-7 win over visiting Jordan in Moore League action.

Wilson coach Mark Ziegenhagen said he played as many seniors as he could in this second game in a week against Jordan, and four-year varsity player Tyrie Robinson led the way with rushing and receiving touchdowns at the end of the first half.

“We wanted to give him as many touches as we could,” Ziegenhagen said of Robinson. “He’s been a warrior for us four years.”

Robinson scored an acrobatic touchdown on a short run late in the first half, and then caught a touchdown in the back corner of the end zone with six seconds left before halftime to put Wilson up 35-7 at the break. There was a running clock in the second half.

“I’m just so happy,” Robinson said. “It’s Senior Night and I got to ball out with my guys. During this COVID situation I’m blessed to say that we got games. It’s only five but we got games.”

Wilson has won all three of its Spring season games and looked formidable on defense with nine tackles for loss and four forced turnovers. Three of them were caused or recovered by junior Elijah Van Mulligen.

“We got a little bit better and we executed better on defense,” Ziegenhagen said comparing his team from a week ago. “We’re just trying to find that identity with a lot of young guys and trying to find some kind of mix and rotation. We have to get better again this week because we have to play a tough, good Millikan team next week.”

Robinson said he will continue to teach the young Bruins knowing he won’t be able to play with them again.

“Us seniors came in to help the younger guys out a little bit and coaching them up,” he said. “We’ve had our ups and downs in practice but as the days went on we just played together and worked as a family.”

Jordan took the lead 7-6 in the second quarter thanks to a Jacob Hernandez quarterback sneak that capped a drive set up by two nice runs from running back Jordan Washington.

“We played better than we did last week,” Jordan coach Tim Wedlow said. “We only have four seniors and a bunch of young kids out here. Once we get into the real season with everybody back I think we can really do something in this league. We’re just trying to get them under the lights and have this experience. Once they learn the system everything will start clicking.”

Wedlow also praised his leaders Xavier Heard, Ray Howard and Malik Lott for their hard work on both sides of the ball. The Panthers were only able to dress about 25 players because of ineligibility.

Wilson quarterback Xavier McLaurin had an efficient night by completing 10 of his 16 pass attempts for 146 yards and three touchdowns to three different receivers in Robinson, Michael Bruner and Dallas Cooper.

At halftime, the Wilson girls’ basketball team received their championship rings in a delayed ceremony. The Bruins won their first CIF title in 20 years just weeks before the COVID-19 shutdowns last year. 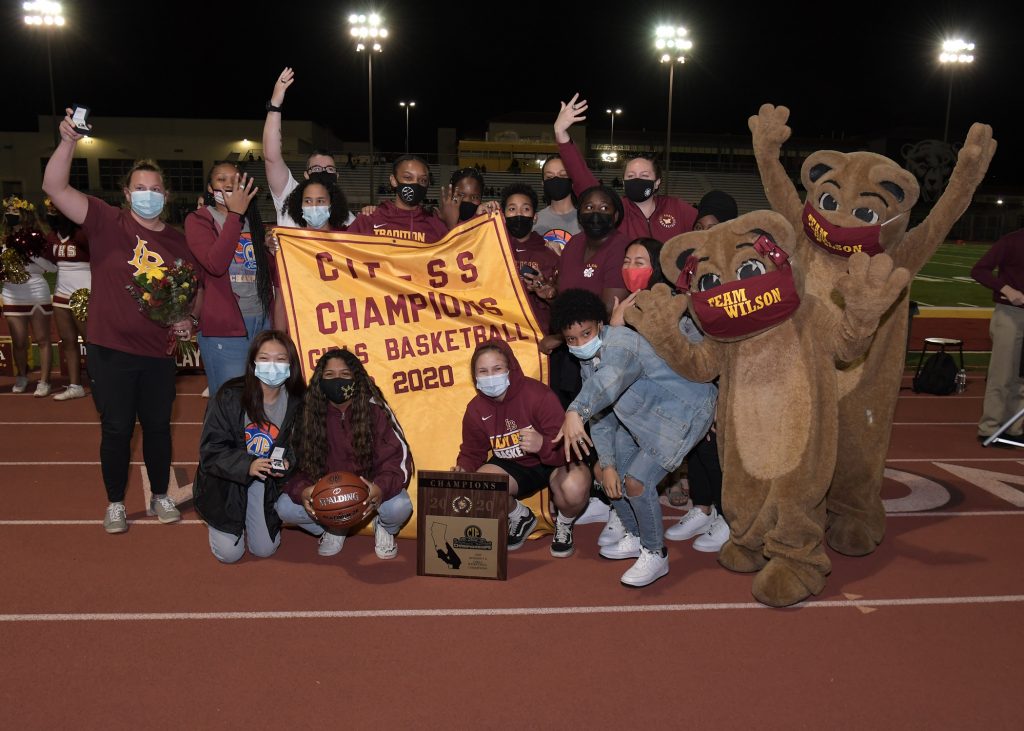 It’s fair to say the Avalon 8-Man football season didn’t go as the Lancers planned. They had to replace their quarterback weeks before the season, they stumbled in the preseason and then they lost an Express League championship game in the regular season finale. However, Avalon (5-4) still finds itself in the postseason with eyes […]

The562’s coverage of Lakewood Athletics is sponsored by J.P. Crawford, Class of 2013. Tensions were thick as the humidity Friday night at Ron Yary Stadium. The Lakewood Lancers were aiming to reclaim the Milk Bucket for the first time since 2014, and they looked to bounce back to .500. The Lancers offense struggled to get going […]

We’ll have live updates from the return of high school football tonight at 7 p.m. as Cabrillo hosts Jefferson CLICK HERE for our previews of the game. Click here if you can’t see the updates. Tweets by 562sports Support The562.org