Coach Mark Ziegenhagen’s Wilson football team is 8-1, and has a very good chance to win the first CIF Southern Section championship on the gridiron in the school’s 93-year history. But it was last week, during the Bruins’ bye, that Ziegenhagen and his family celebrated their biggest victory of the season, regardless of what happens on the field over the next month.

Last Wednesday, Ziegenhagen and his wife, Janet, officially adopted Kash and Zayden, the twin seven year-old boys they’ve been raising as foster parents for more than five years. On the date they were granted custody, the foster service told the couple that it was the longest foster placement they’d ever seen.

“It was a large weight that lifted off us,” said Ziegenhagen. “It was obviously great–it’s been a long five years.”

Nobody meeting Mark and Janet for the first time would guess at the things the couple has been through. The pair are the picture of suburban success and happiness, with three adult children: Hailey, Jayson, and Logan, who’s a high school senior playing linebacker on this year’s Wilson team.

But both of them overcame a lot to give their family that kind of stability. Mark never met his father, and his mother had to give him up while he was in elementary school. He ended up being adopted by his grandparents, who raised him.

“I was in 4th, 5th grade surfing, smoking pot,” said Mark. “That’s when my grandparents stepped in and said, ‘We have to do something.’ I was headed for a bad life.”

Janet lost her mom at an early age, and moved across the country when she was 12 years old to live with her father.

“I didn’t know him when I came to California to move in with him,” she said.

This is the background of a couple that felt called to parenting, to building their home into a safe haven for their children. While working as a preschool teacher, Janet had it in her mind to foster, while Mark was hesitant about it, wanting to wait until their three kids were older before making a decision. The tiebreaker ended up being their youngest son, Logan, who brought a foster service’s flyer home from school at Carver Elementary and said, “We should do this.”

Over the next year, the Ziegenhagens went through a certification process, with home visits, background checks, and interviews with their kids. Foster services want placement homes to be certified to adopt kids if reunification with their parents isn’t possible, so they went through that additional step as well. After a year of paperwork and interviews, the Ziegenhagens received their certification on a Friday five and a half years ago.

To celebrate, they went to an Angels game, leaving their phones in their truck in the parking lot. When they climbed back in and checked their phones after the game, they had five missed calls from five different foster placement services, all looking to find homes for children right away. One was a sibling set of five, another was a child whose mother wasn’t caring for his medical condition, another was a 12 year-old girl, an awkward fit since Logan was 11 at the time.

The fifth call was about twins who had just turned two years old. Janet called the service back on the way home and said, “Okay, let’s do it.”

At 1:30 a.m. that night, someone knocked on the door and brought Kash and Zayden inside.

“They were sleeping, and we put them down,” said Janet. “Logan and I slept on the couch next to them thinking they’d wake up scared. They didn’t have anything with them, just the shirts they were wearing, the diapers they had on from the hospital, their hospital bracelets, and shoes. That was it.”

Janet went to sleep that night worrying about how she’d get clothes for the twins the next day when she didn’t have car seats for them to go to the store with her. She also worried about the other four missed phone calls, the other four sets of kids that might not have landed in a home that night.

“There’s such a need,” she said. “There just aren’t enough good foster parents out there.”

One Thousand, Nine Hundred and Fifty One Days

According to the United States Department of Health and Human Service’s 2014 report to Congress on Foster Care, California is by far the largest foster care system in the country, with 58,500 children in foster care at the end of that year. The second-largest system is in Texas, where 30,233 children were awaiting permanent placement.

California is also the third-slowest state in the country get kids out of foster care and into “permanency,” meaning a permanent living situation, whether that’s reunification with their birth parents, emancipation, or adoption. Legally, children are supposed to transition from foster care to permanency within 12 months of entering the system–in California, only 81% of children do.

On day one with the Ziegenhagens, Kash and Zayden went with Janet to Target in borrowed car seats so she could buy them clothes, food, strollers, and everything else they needed.

The twins were supposed to be with the Ziegenhagens for eight weeks, so Janet told them to call her “Mama Janet.”

“I didn’t want them to get too attached because we thought they’d only be with us for a few weeks,” said Janet. “They knew before we did.”

Within a week they were calling her “Mommy” and Mark “Daddy” and over the next five years, they became a part of the Ziegenhagen family, with the same safe and stable home that Hailey, Jayson, and Logan got to grow up in, even as a legal battle swirled outside the door.

At first the twins had visitations with their biological mother, important but often emotionally difficult sessions that re-exposed them to memories of malnourishment, domestic violence and drug addiction that had been their world before foster care.

“They would throw up before the visitations, it was really traumatizing for the kids,” said Janet. “There’s so much in the legal system about the parents’ rights, and not about the kids’ needs and feelings.”

After three years of ongoing legal issues for Kash and Zayden’s biological mother, including a felony charge, the court terminated her parental rights. From that point, it was still another two and a half years of court dates for the Ziegenhagens as they tried to legally adopt the twins. Finally, last Wednesday, 1,951 days after Kash and Zayden had arrived in the middle of the night, the court legally affirmed what all involved parties already felt: the Ziegenhagens were a family.

“Even driving to the courthouse I’m still having some doubts, because it had just been delay after delay,” said Mark. “Finally we’re in the courtroom and the judge is reading all the language and we just all broke down.”

Last weekend, the Ziegenhagens shut down their entire block for a celebratory party. The whole neighborhood and all the twins’ friends from second grade came to jump up and down in a bounce house, rocket themselves down a two-story water slide, and enjoy music and fun on a sweltering Saturday. It was a happy ending to a trying ordeal for all involved, in this story at least.

“From day to day I go from wanting to go and advocate for changes to this system, to just feeling helpless and exhausted and wanting to protect my family,” said Janet. “There are so many kids out there in need, and ours is just one story. This is the only traumatic experience that kids go through where people say they should feel lucky. Kash and Zayden shouldn’t feel lucky–this is what every kid should have.”

The party was superhero-themed. Both boys love superheroes, and, as the party flyer advertised, all the best superheroes were adopted. To fit in with the decor, Mark donned a muscled-up Superman outfit midway through the party. He’s not in quite as good a shape as he was when he was a linebacker at Long Beach State, which Kash noted about two seconds after he walked out in the costume.

The kid had a point. The costume was a little tight around the midsection and a little loose around the shoulder. But on a hot Saturday afternoon with his wife and kids laughing and playing with their friends, it fit Mark just fine. 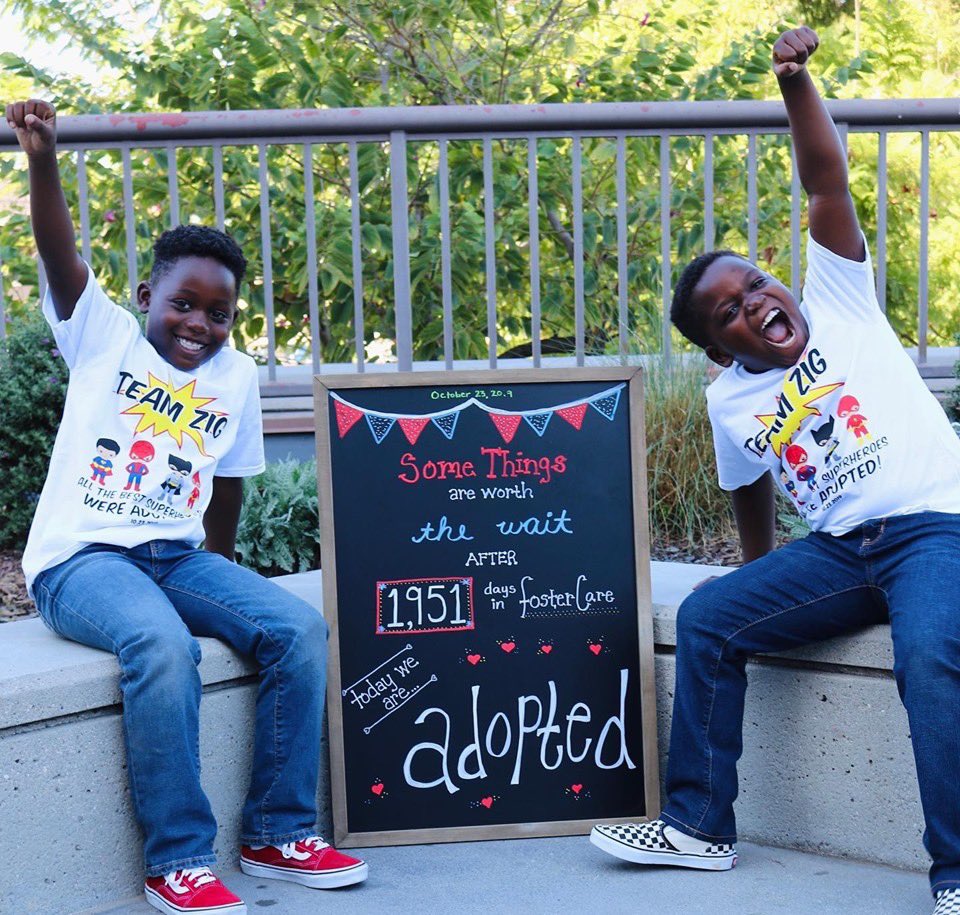 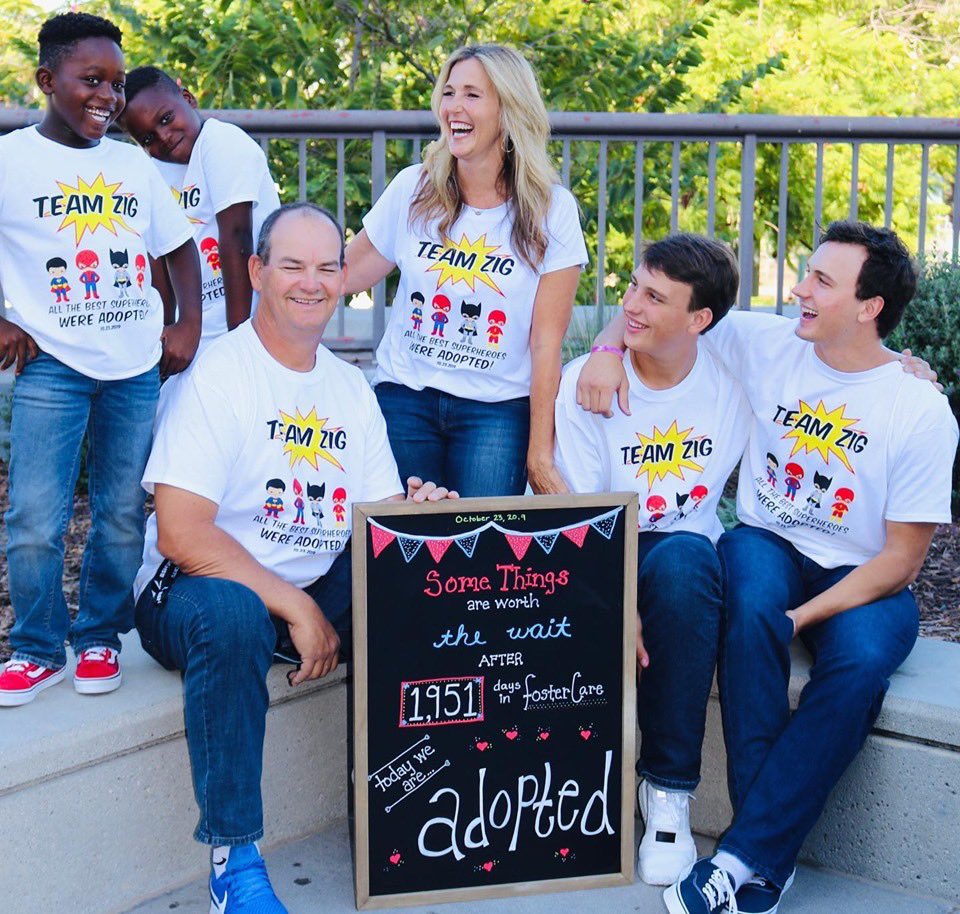 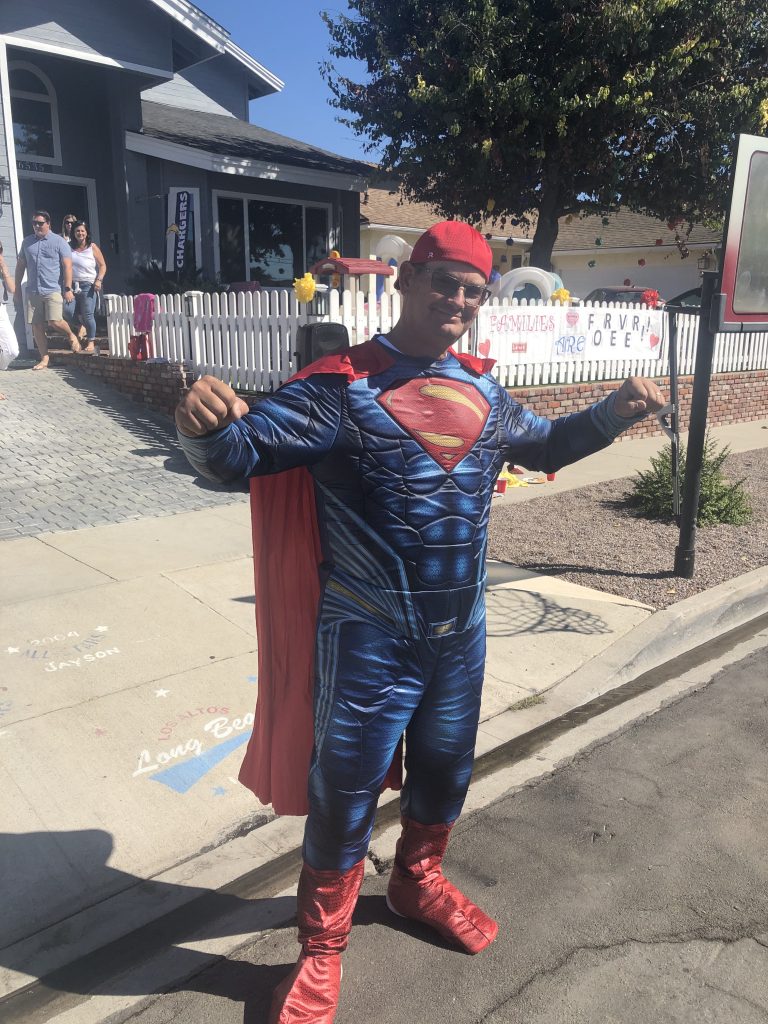 There are almost 20 current Major League Baseball players with ties to Long Beach, and plenty more in the minor leagues ready to make their names in The Show. Wilson High alum Chase De Jong has already made his MLB debut with the Seattle Mariners, but he was traded to the Minnesota Twins organization on […]