All of The562’s cross-country coverage for the 2021-22 school year is sponsored by Bryson. Visit BrysonFinancial.com to learn more.

The Long Beach Poly girls’ cross country team had an impressive showing at Signal Hill, as junior Camille Lindsay set a new course record with her individual win (18:42) and the Jackrabbit girls won their second league meet of the season. They’re currently the leaders in the standings as they try to capture their first Moore League team title since 2017.

Lindsay’s 18:42 is 21 seconds faster than Brenda Rosales’ previous course record of 19:03, set in 2016. Lindsay previously set the El Dorado course record at the Moore League meet there two weeks ago.

“It’s so different here on the hill and I wanted to prove that I’m as strong here as I was at El Dorado,” said Lindsay. She also said she asked her family and friends who came to support her to position themselves throughout the grueling three-mile course so that she’d have familiar faces as she was grinding out the race.

“I call them the Camillitary, and I had them go to different parts of the hill so I’m not running all by myself,” she said.

Still, Lindsay was by herself for almost the entire race. She finished a minute and 44 seconds faster than the next finisher, her teammate Alexa Bryson. The Jackrabbits had six of the top eight finishers to easily win the team title, with Wilson taking second, Millikan taking third, and Lakewood in fourth. Natalie Maahs (Wilson) finished third, Poly’s Maile Quinn was fourth, Lakewood’s Bailee Carpenter was fifth, and then Poly finished strong with Evelyn Hernandez Lujan, Mia McKiernan, and Alexa Hernandez Lujan. Millikan’s top finisher was Celeste Ramirez in ninth place.

Lindsay said the Jackrabbits are very much still aware of what happened two years ago, when they went into league finals having won the first two league meets, only to have Millikan win at Heartwell, taking the tiebreaker and the league championship.

“I think about it all the time, 24/7,” said Lindsay. “And then last year we had two of our top runners injured. We’re ready to win this year–I think it’s always in our minds. I know it’s in mine. And I’m so proud of our girls for the way they’ve been improving and stepping up this year, I’m ecstatic about how they ran today.” 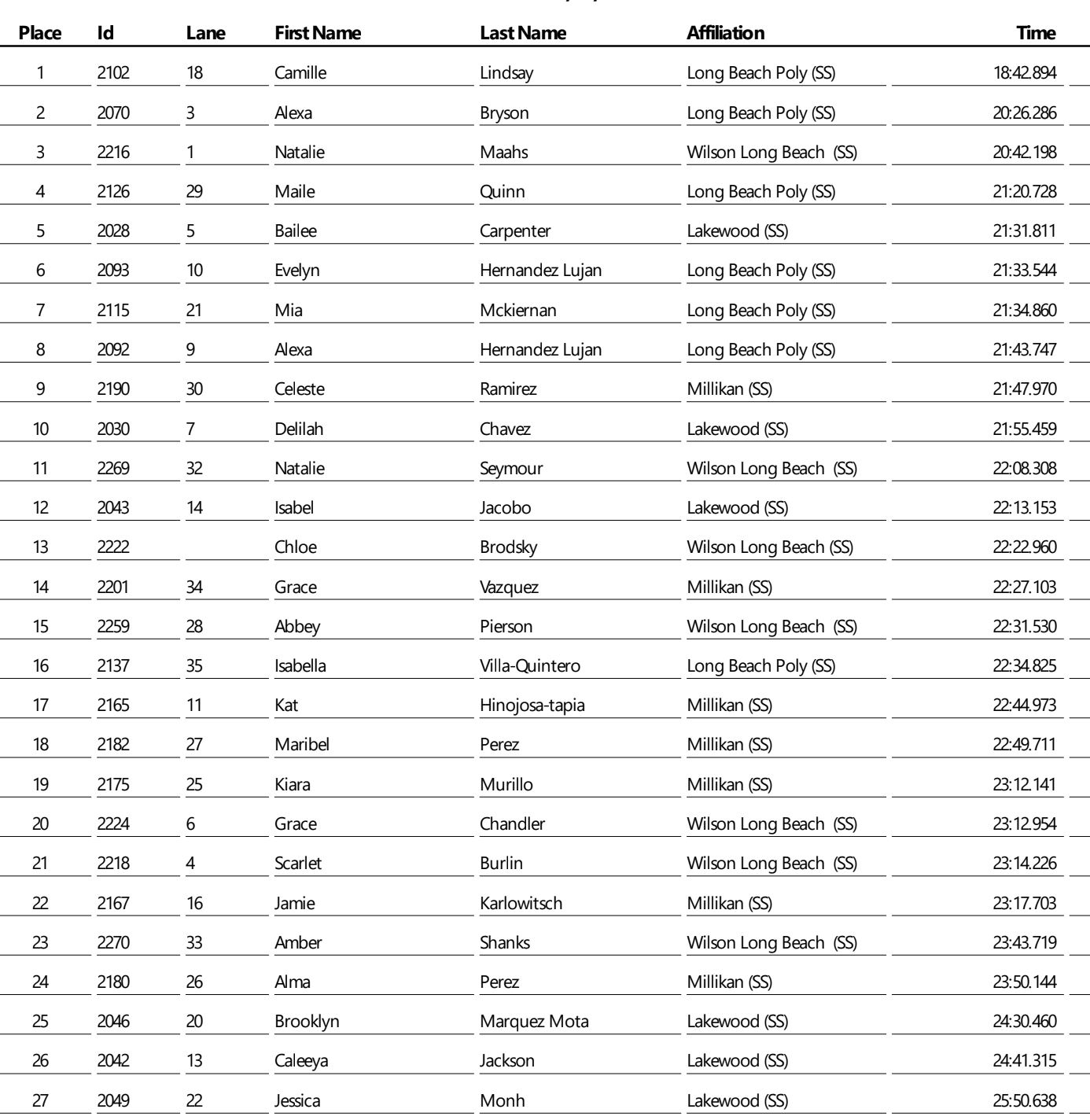 Nick Endres pitched a complete game for Wilson baseball on Wednesday at Blair Field in a 15-0 win over Cabrillo. Enders struck out eight. Here are some great action shots from our own Stephen Dachman.

The562.org’s Athletes Of The Week

Congratulations to this week’s Athletes of the Week winners and thanks as always to Naples Rib Company for sponsoring this feature. September is our membership drive–to support Long Beach sports coverage be sure and click SUBSCRIBE to sign up for a small monthly donation to help keep this coverage around forever! HIGH SCHOOL Feso Kaowili, […]

Wilson’s Zach Wakefield didn’t have a hit heading into his at bat in the eighth inning of Friday’s contest against Lakewood. Wakefield delivered when it mattered with a go-ahead RBI single to give the Bruins a 5-4 victory against the Lancers. “It felt great,” Wakefield said. “It was an adrenaline rush after all that, your […]