You might hear Donovan Poe coming before you see him.

The Long Beach Poly senior and Army commit is vocal, and hilarious. On the field, at practice, or in the classroom he keeps people laughing. As a sophomore, he went viral in Southern California for a TikTok in which he explained why different players went to different high schools, poking fun at Poly players for going where their parents went to school, at Bosco players for chasing rings, and every other joke in between.

“He’s a lot of fun, and he enjoys everything he does,” said Poly coach Stephen Barbee about his defensive captain. “He’s also the ultimate team player. There’s nothing that he won’t do for his teammates. He’s an incredible example of a leader not being bigger than their program, and doing whatever is needed to win. We’ve been blessed to have him in our program the past three seasons.”

Almost his entire family graduated from Poly, and Poe said he knew from a very young age that he’d be a Jackrabbit.

“That was always known, for most of us growing up,” he said. “That’s what makes this place special–it’s a brotherhood. We all have each other’s backs more than any other team. It’s different. I’m cousins with some of these guys, a lot of them I’ve been playing with or knowing for as long as I can remember.”

Poe’s dream of playing for Poly was deferred when he was a freshman. At that time, the LBUSD’s admission process was preventing a lot of kids who’d grown up dreaming of playing Poly football from enrolling at the school. Like some other players in that era, Poe was told if he wanted to attend Poly, he needed to attend Cabrillo for a semester and then transfer after the Fall semester. Unlike the other players who were told that, Poe actually did it, instead of enrolling at a private school.

“I was super mad, and I was depressed,” he said. “I didn’t go to school for two weeks I was so upset. But I wanted to come here so bad that I’d rather miss my freshman season to be able to come here, so I did that and went to school there for a semester. The first week at Poly was the best week of school ever, I got to be with all my friends just having fun.”

‘Fun’ is a word that comes up frequently with Poe. He’s one of those players who makes jokes that are so funny that coaches have to cover their mouths with their hands so the players don’t see them laughing. But as much as he keeps everyone in a good mood, his leadership has also come through over the last three years, as he’s played at linebacker, defensive end, defensive tackle, and this year on the offensive line as well.

“I’ve played everything except quarterback, I’m trying to get in the rotation,” he joked.

Opponents don’t like seeing him lined up at defensive end. Poe has been the most ferocious part of Poly’s pass rush the last two years, and earned Moore League Defensive Player of the Year honors last season for his physical play. This year, Poe has four sacks through four games, along with 10 tackles for a loss. He’ll need to make an even bigger impact on games if Poly is going to bounce back from a tough start and rebounds to run through the Moore League and the CIF-SS playoffs–something he knows.

“It’s always on us up front because if we can keep the other team from being comfortable it’s hard for them to play to their strengths,” he said.

Poe is committed to West Point, where Army is excited to see his “all gas, no brakes” approach to defense. First, though, he’s got a senior season ahead of him, one he and his coaches are hoping he’ll put his unique blend of personality and physicality all over.

Opponents might hear Poe coming before they see him–but they definitely feel him when he gets there. 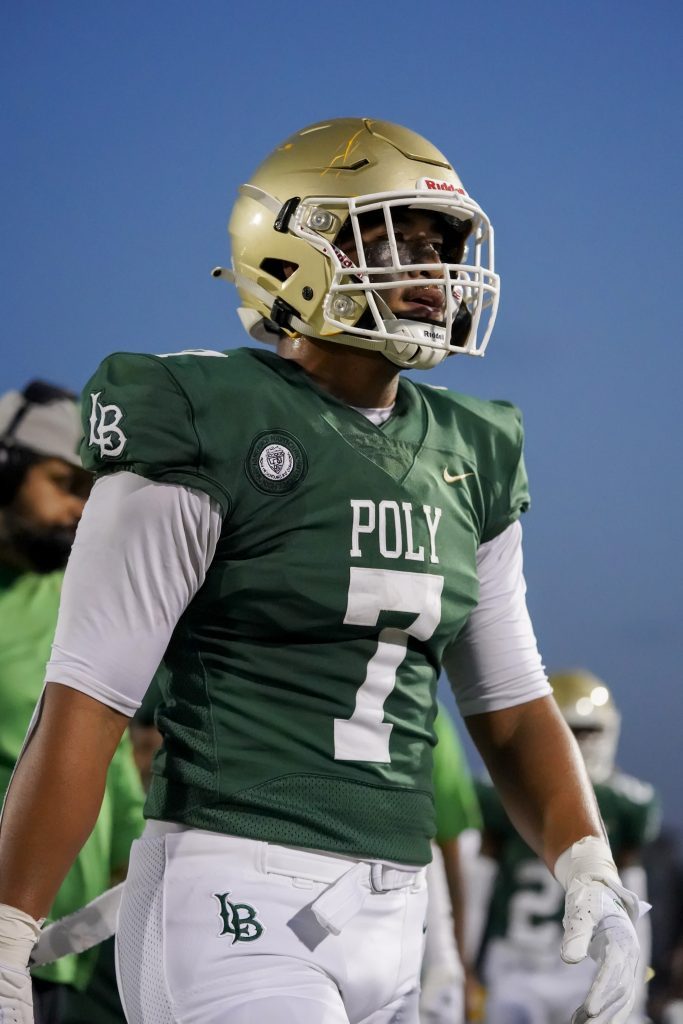 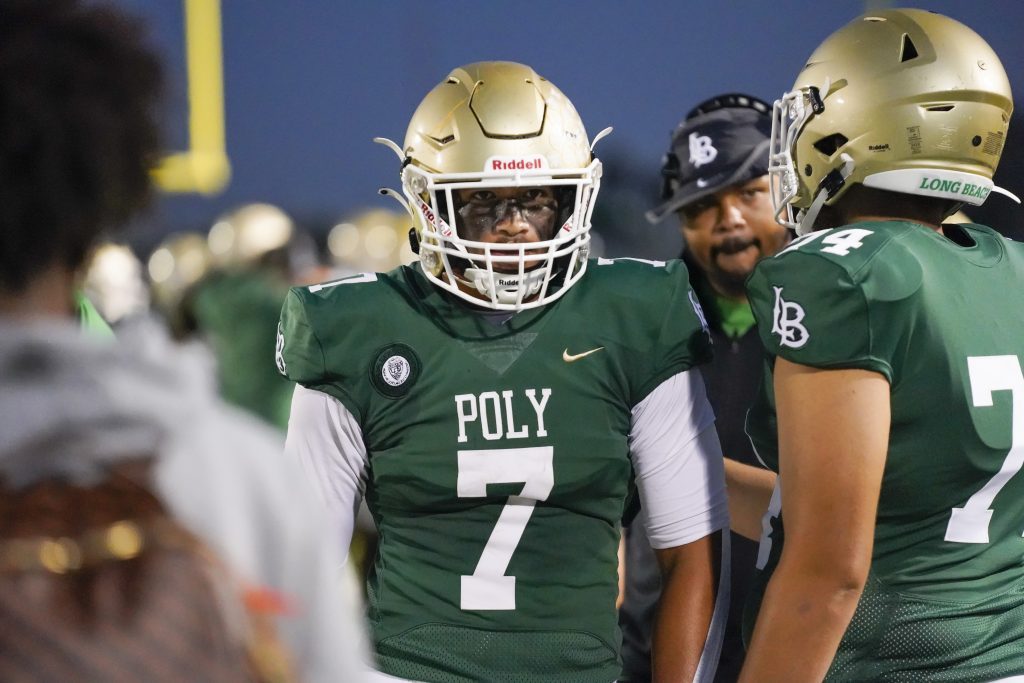 We’ve got a full standings box so you can find out where your team stands as the playoff hunt intensifies.