The shortened Moore League badminton season is coming to an end this week at Wilson High as the league hosts its singles, doubles, and mixed doubles championships, following an exhibition season where no team champion was crowned. Monday’s singles tournaments featured exciting come-from-behind wins from Long Beach Poly’s Karah Sek on the girls’ side and Lakewood’s Nathan Monh on the boys’ side.

Poly senior Karah Sek had a remarkable comeback, dominating the second and third sets after dropping a narrow decision in the first. Sek said Poly coach Steve Meckna did a great job of helping her settle herself in between sets and to practice patience in her approach, baiting Vikram into making mistakes.

“We were undefeated last year before COVID, so I really wanted to win this for last year’s seniors,” said Sek. “I feel great, I worked really hard for this.”

After dominating the second set, Sek trailed 11-9 at the switch in set three. She said that changing sides of the net was a huge difference because of the way the light came into the Wilson gym through the skylights. After changing sides, she finished the set on a 12-1 run to claim the championship.

The Jackrabbits got a win in the third-place match as well, with Lexi Jensen defeating Jordan’s Esmeralda Ramos in straight sets, 21-14, 21-18. 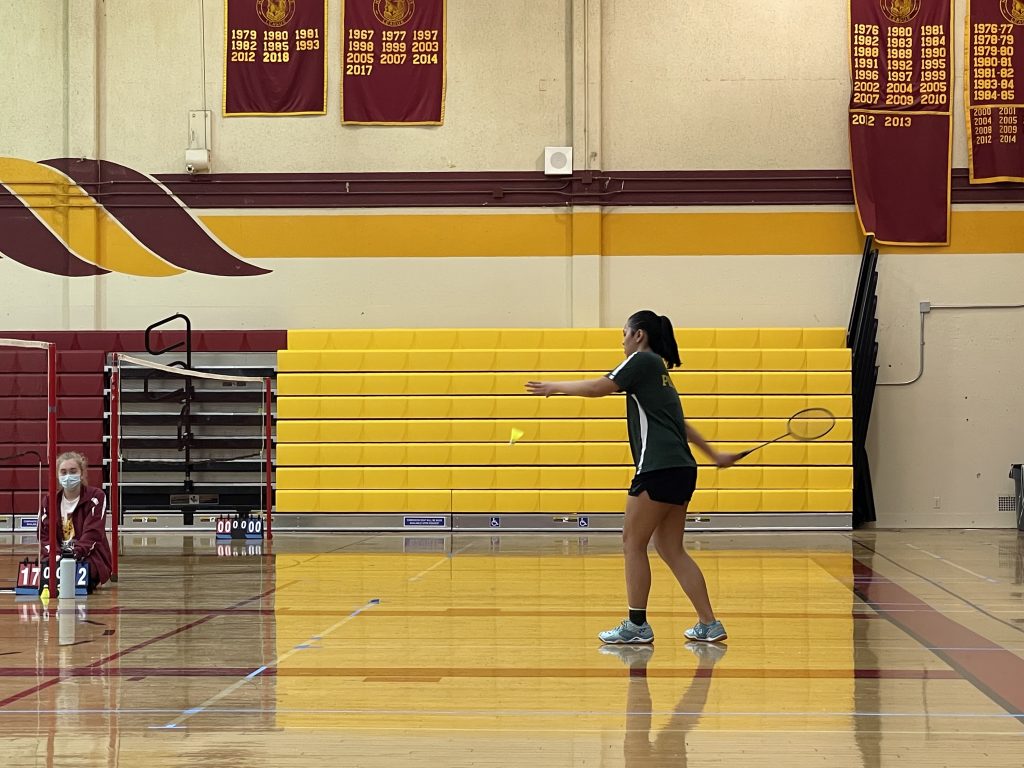 Lakewood’s Nathan Monh won a thriller in the final match of the evening as well, coming back after dropping the first set to claim the next two and the hardware.

He had both a light touch and a powerful smash both clicking in the second and third set, and said he did a better job later in the match at figuring out when to implement which.

“Normally I set myself up for the smash, if he gets to his backhand and he hits it softly to the middle of the court I smash it,” he said.

Monh was a first-year varsity player last year, but wasn’t able to spend much time on the court because of the pandemic. He said that left him hungry for action this year.

“It was my first time playing varsity and I didn’t really get a chance to play,” he said. “I finally got to play, and it feels really rewarding to win it.”

The Moore League badminton finals will continue at Wilson with the doubles championships Tuesday and the mixed doubles on Wednesday. 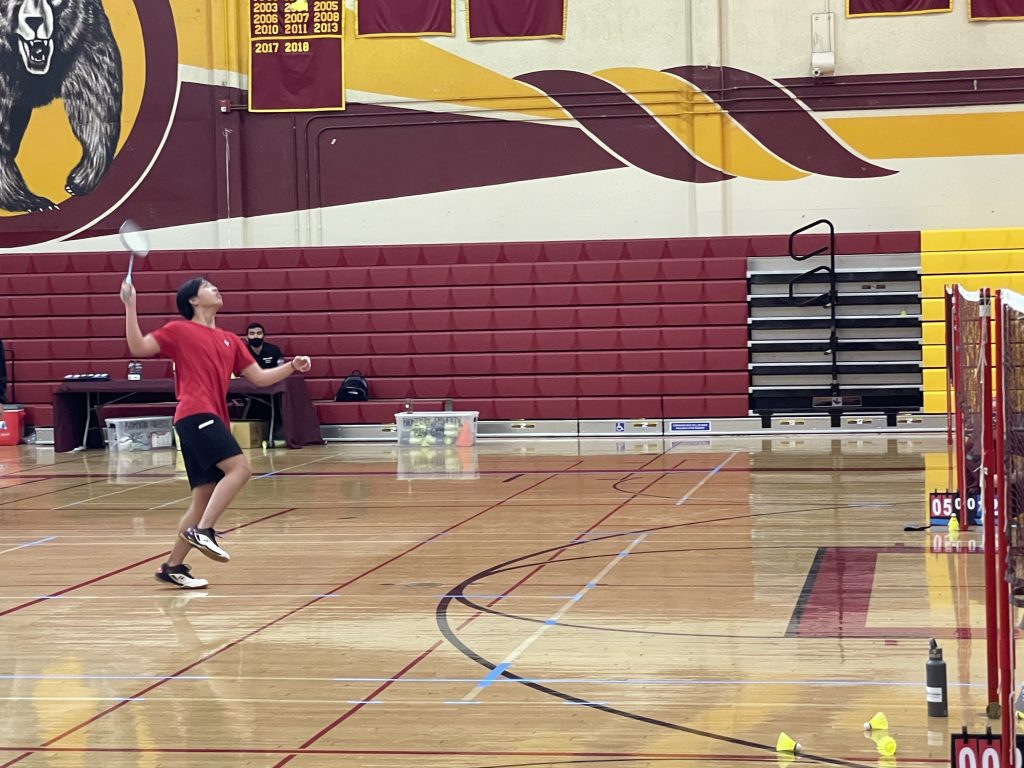 The562’s coverage of water polo & swimming is sponsored by the Aquatic Capital of America Foundation. The CIF-SS girls’ water polo playoffs started on Tuesday night, with three Moore League teams in action. Here’s a look at how each of the local teams fared in their playoff openers: Division 3 Long Beach Poly 15, Brea […]

LB In MLB: Local Boys Ready For Second Half Of Season

There were only two players hit by a pitch in the American League 3-2 win over the National League at Dodger Stadium in Los Angeles, and they were both Long Beach guys. Jeff McNeil and Travis d’Arnaud continued the tradition of having Long Beach represented in the Major League All-Star game last week, and they’re […]