Today the Big West Conference announced its men’s and women’s basketball conference schedules for unique upcoming 2020-21 season. Each team from all 11 member schools are scheduled to play 20 conference games in a back-to-back format.

Long Beach State men’s basketball will open at UC Riverside, and the women’s team will host the Highlanders on Dec. 27 and 28.

Instead of traveling for two games a week, or hosting two different teams in a week, the Big West schools will travel to and host the same school for consecutive games. The conference hopes this will cut down on travel and the possibility of transmitting COVID-19. Most of the games will be on Friday and Saturday, and the Big West says that no games will not be rescheduled if any team needs to quarantine during the season. 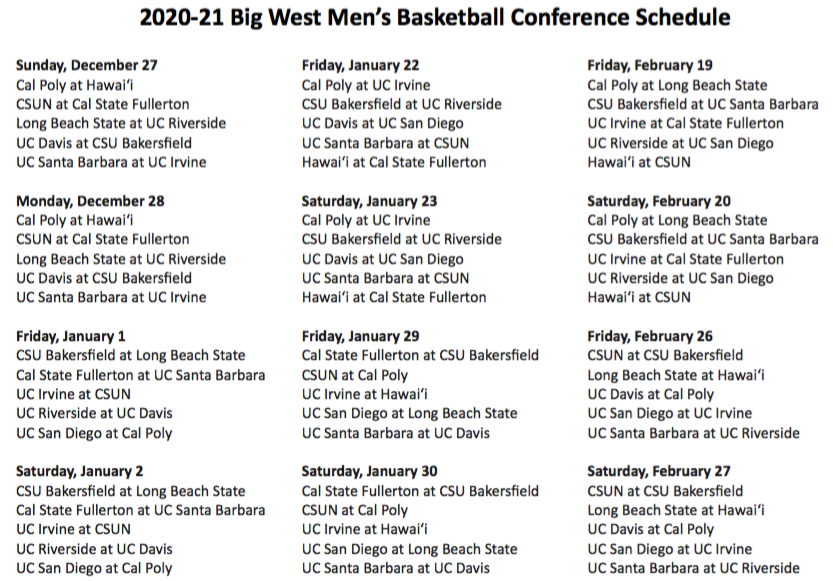 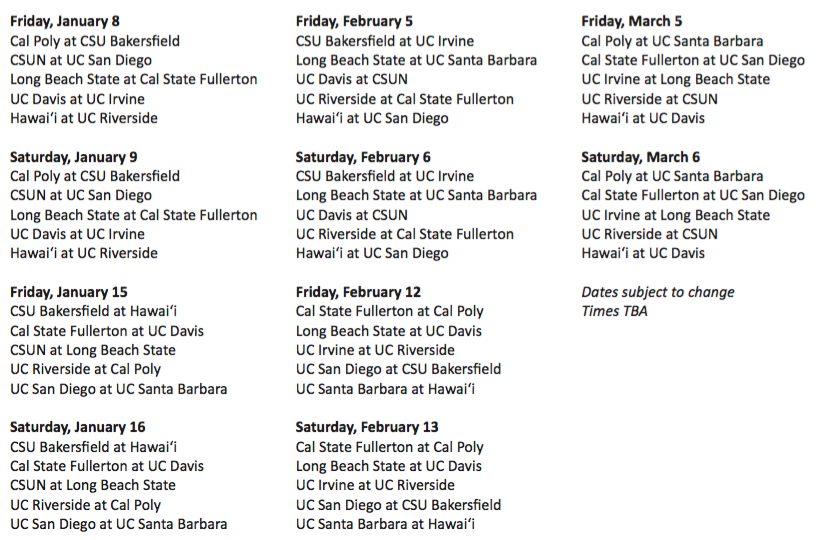 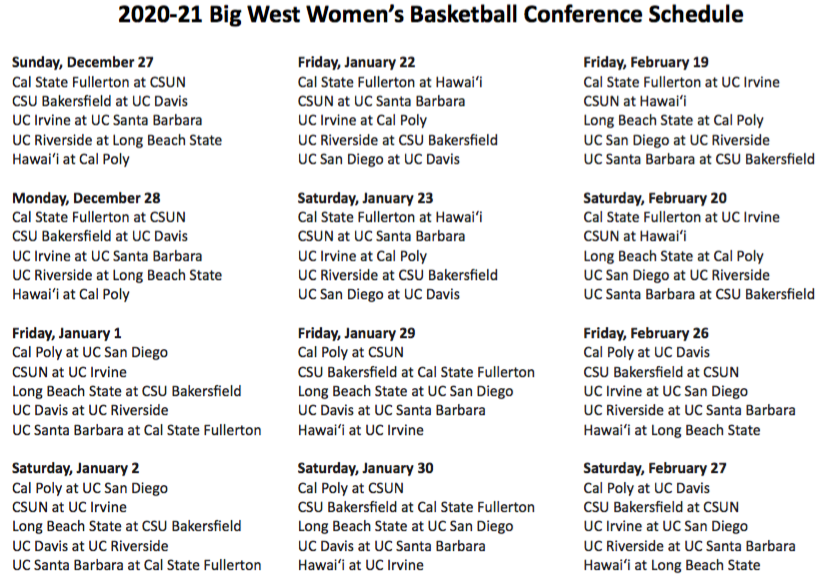 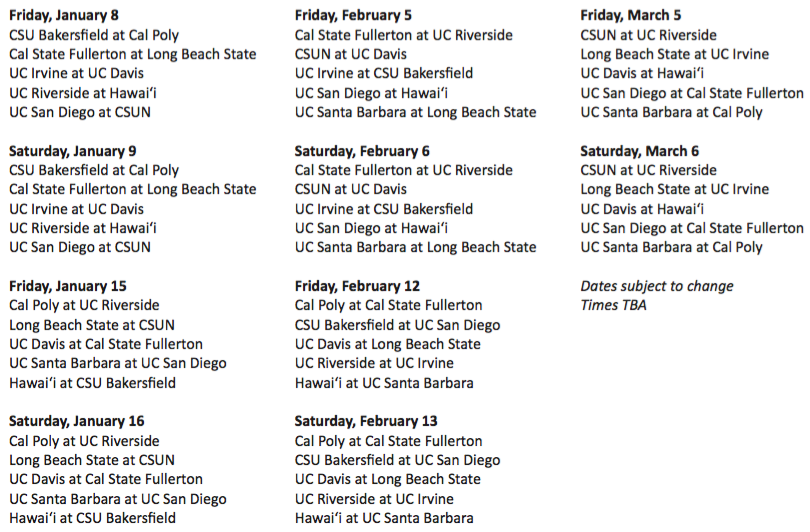 There will be no spectators allowed when the season starts, but the conference said it will revisit that as the season progresses.

“The Big West Board of Directors did due diligence in examining all of the factors involved in a safe and responsible return to competition, with basketball being the pilot moving forward,” said Big West Commissioner Dan Butterly in an official statement. “The Big West Conference understands the need for consistent and multi-layered levels of testing protocols that put safety at the forefront for our member institutions. Cognizant of state and county restrictions, and the NCAA Core Principles of Resocialization of Collegiate Basketball, we feel we have a plan in place that will adhere to those mandates.”

The 2021 Big West Basketball Tournament is slated to run from Wednesday, March 10 to Saturday, March 13 at Honda Center in Anaheim with the regular eight men’s and eight women’s teams competing.

November 25 is the official start date for the 2020-21 NCAA basketball season. Long Beach State expects to release its full schedule by the end of the week.

Uncertainty has been prevalent everywhere this year, but the local schools and their sports teams are trying to get ahead of the game and prepare for all possibilities as competition resumes. The athletic directors of the Long Beach Unified School District met with new Superintendent Jill Baker’s staff in January to discuss the upcoming sports […]

The Big West Conference basketball tournament in Las Vegas last week was a chance for Long Beach State men’s basketball to show it’s still relevant after a forgettable season, and the Beach succeeded admirably. LBSU (6-12) struggled to stay on the court all year because of COVID-19 pauses and injuries. The Beach also dropped most […]

It’s been an uphill battle so far for Cabrillo and first-year coach Debbie Lambert (above, left), whose Jaguar squad is off to an 0-5 start. “We’re a work in progress,” said Lambert. “We’re just trying to keep our morale and our head about us, we know this is a rebuilding year.” The Jags have had […]