High school track and field athletes all over America work their whole lives to be in the situation that Wilson senior Rachel Glenn was in last week, selecting which college to accept a full scholarship from. That doesn’t mean that the experience wasn’t successful for Glenn, who had a hard time choosing just one option between her finalists of ASU, South Carolina, Michigan, the University of Miami, Oregon, Texas, and UCLA.

“I was very stressed out,” she said. “Calling, texting, there’s a lot. I’d say, ‘I don’t even know where I’m going to eat for lunch today.’”

In the end, Glenn chose South Carolina because the feel of the program reminded her of the family atmosphere of Wilson.

“I really like the team, literally the first time I got there they felt like family, and the coaches too, they remind me of Neil (Nelson) and (Shannon) Fisher.”

Glenn, the California state champion in the high jump in 2018 and the 300 hurdles in 2019, will be the brightest star in the state this year for her senior season. She’ll be in the mix to win state titles in both those events, as well as potentially the quarter mile and the jumps. Wilson’s 4×400 should be one of the top teams in the nation as well.

“It’s not over for her yet, she’s got a lot to do here at Wilson still,” said Nelson.

Nelson and Fisher helped guide Glenn through the recruiting process, and were happy to see her make the decision in her own time.

“She wanted to go everywhere she visited, but she found the right fit for her,” said Nelson.

The selection of South Carolina fits in with Glenn and Wilson’s history as well. Glenn is considered Wilson’s biggest star since Lashinda Demus, the Wilson star who went to three Olympics as a hurdler. Demus also attended South Carolina after leaving Long Beach. 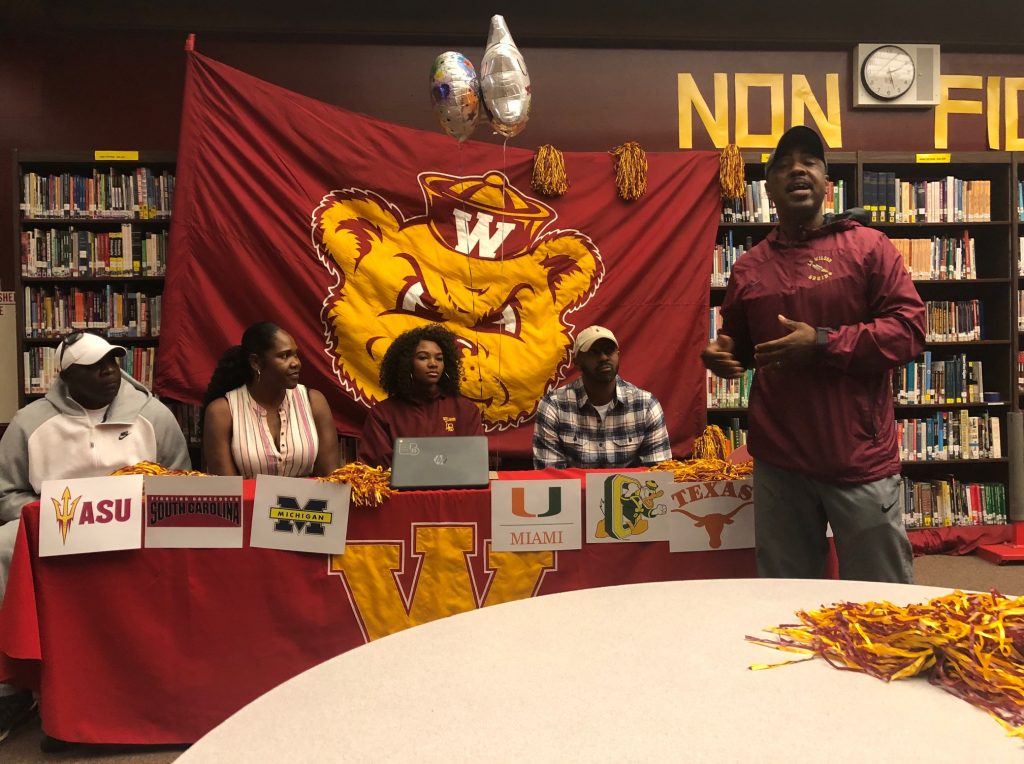 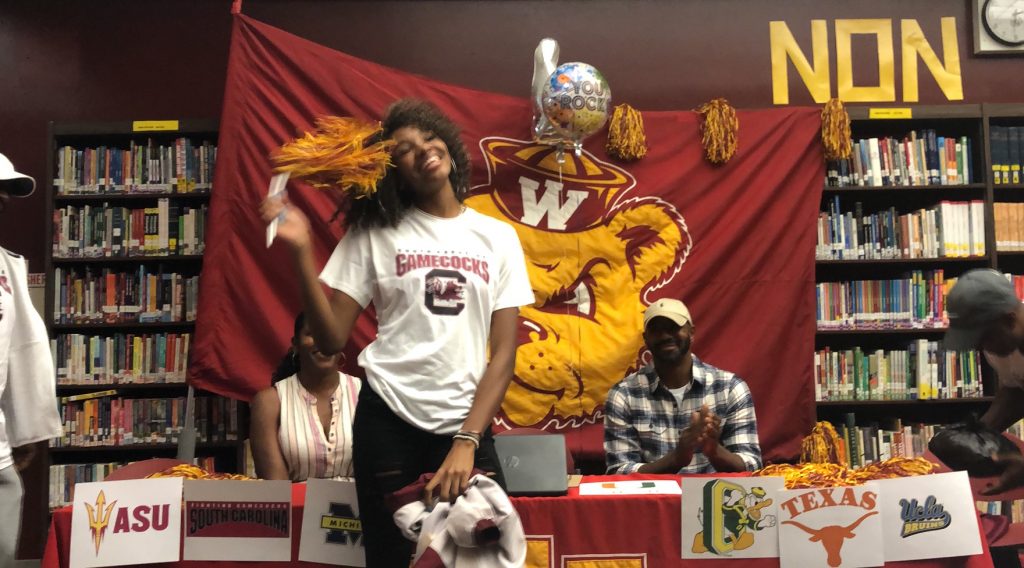 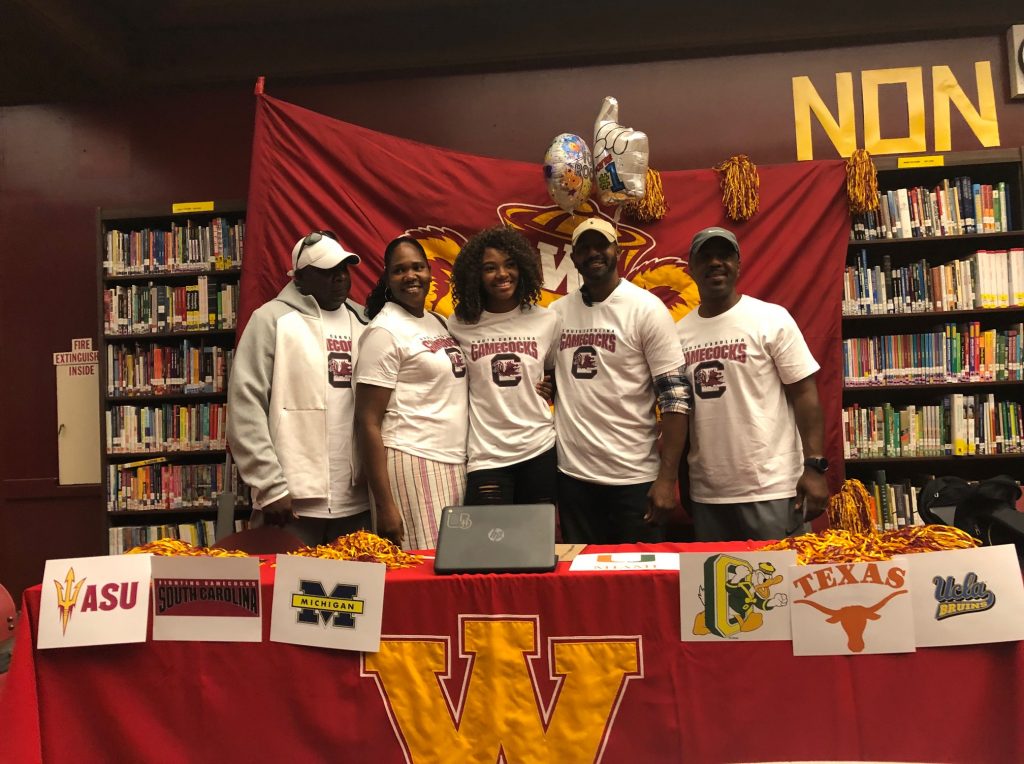 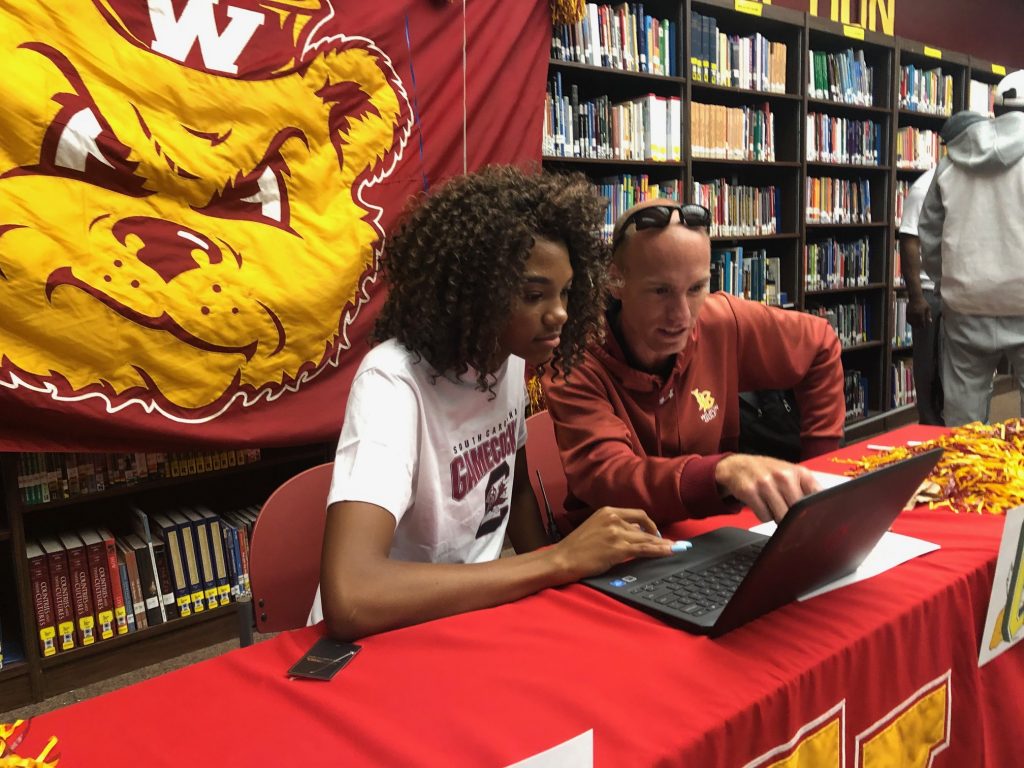 The Bruins are hungry to continue their legacy and Wilson is a program on the rise. The Bruins are back in the top division in the CIF Southern Section after winning a lower division CIF-SS title two years ago. This year’s Wilson team returns five starters from last year’s 18-9 overall Moore League championship squad. […]

What Division Will Your Team Be In This Fall?

A few years ago, the CIF Southern Section drastically reshaped the way its playoffs were structured (and thus the way its championships are decided) with the introduction of the competitive equity format. For most team sports, divisions are no longer decided by enrollment size but rather by complex formulas designed to calculate how competitive a […]

Wednesday’s 2-2 draw at Wilson kept the Bruins atop the Moore League standings while the chase pack kept pace. Wilson 2, Millikan 2 Not all draws are created and appreciated equally, but both coaches were pleased with their teams effort during the wet and sloppy contest. WATCH HIGHLIGHT VIDEO The point moved Wilson (10-6-4, 5-0-3) […]