More than the official proceedings of the banquet, however, it signaled the next step of Smith-Schuster’s plans for impacting his community.

“I don’t care about the statistics and the records,” Munoz told Smith-Schuster after accepting his awards. “I’m thankful for what you’re doing for young people.”

These are ambitious plans for a young player. Smith-Schuster was just 21 when he hosted his first football camp, and is only 22 now as he and his foundation pulled together a polished event that included not only the above dignitaries, but also USC athletic director Lynn Swann and hundreds of other guests. That the charity’s immediate focuses are taking care of children and the elderly should not come as a surprise–Smith-Schuster has always had a strong sense of family, rooted in his mother and father, Sammy Toa and Lawrence Schuster, as well as his Samoan heritage.

“When you see me, you see an extension of my family,” said Smith-Schuster, who had his parents and a few of his siblings on hand for the event as well. “My mom is the rock of our family and none of this would be possible without her.”

“We’re proud of JuJu and what he’s doing to help people in the community,” said Toa.

At just 22 years old with a Pro Bowl recognition already on his resume, Smith-Schuster and his new foundation could have the ability to help people for a long time to come. 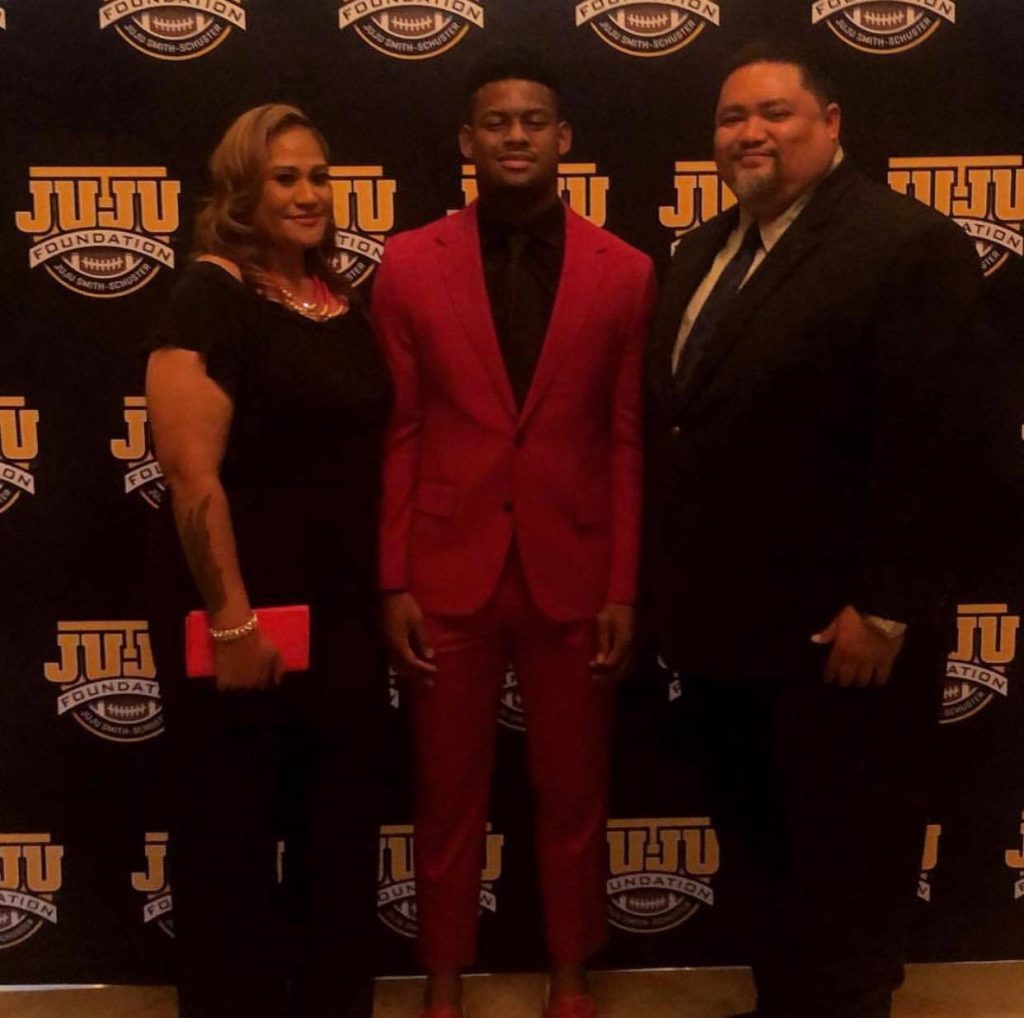 Last year in the Moore League boys’ tennis championships, Long Beach Poly’s Darren Hall was eliminated in the quarterfinals while his teammate Felippe Dacudao went on to win the singles title. The tables were turned at Billie Jean King Tennis Center on Friday as Hall defeated Dacudao in the singles final 6-2, 6-2. “We’re on […]

Long Beach Poly’s championship football season came to an end in a predictably thrilling nailbiter against Serra on Saturday night in Gardena. The Jackrabbits scored a go-ahead touchdown for their first lead of the game with just over three minutes remaining, but Serra struck back with a 75-yard touchdown with 2:54 left in the game. […]

Congratulations to all our honorees and thanks to Naples Rib Company for their sponsorship. HIGH SCHOOL Kalaya Buggs, Long Beach Poly Basketball Kalaya Buggs had a performance that was the stuff of legends last week, setting a school record for 3-pointers in a game with seven triples in a 25-point, 12-rebound performance in the CIF-SS […]