Long Beach Poly has a new girls’ cross country coach, as the school has turned to its own alumni ranks and named Gabrielle Bournes to the position.

Bournes is a longtime assistant coach with Poly’s track and field team, and will be around full time despite being a walk-on.

“I’m really excited, I want to bring some consistency and make it fun,” said Bournes. “These kids put so much pressure on themselves–I want to take that pressure off.”

Bournes was a middle distance and cross country athlete at Poly before running at UCLA, and getting her master’s in coaching and athletic administration from Concordia.

Bournes makes history as the first head African-American female cross country coach in Poly’s history, and will join Poly AD/track director Crystal Irving as one of the very few African-American women with a head coaching position in Long Beach.

“There aren’t many African-American distance coaches, and it’s an honor to be able to be a role model for our young women and men,” said Bournes. “I looked up to Ms. Irving growing up and being able to give back and show young women they can be leaders and coaches in a male-dominated profession is important to me.”

Bournes is also another Poly alum to join the school’s head coaching ranks. She and Irving are both Poly grads, along with assistant cross country coaches Chris Penn, Cameron Ford, Eric Riehl, Jessica Gonzales, and Ally Green, who was the interim coach of the Poly XC girls in 2018. On the spring coaching staff, Doc Moye, Detra Ransom, Stephon Patterson, and Chucky Hampton are alums, and Keith Anderson has been on staff for 30 years.

“That family is very important to me, it’s the main reason why I came back,” said Bournes. “To be able to come back and give my girls the same experience that I had–I wouldn’t pick any other school.”

The young Jackrabbits will enter 2019 looking to reclaim the Moore League title after Wilson won this Fall for the first time since 2003. 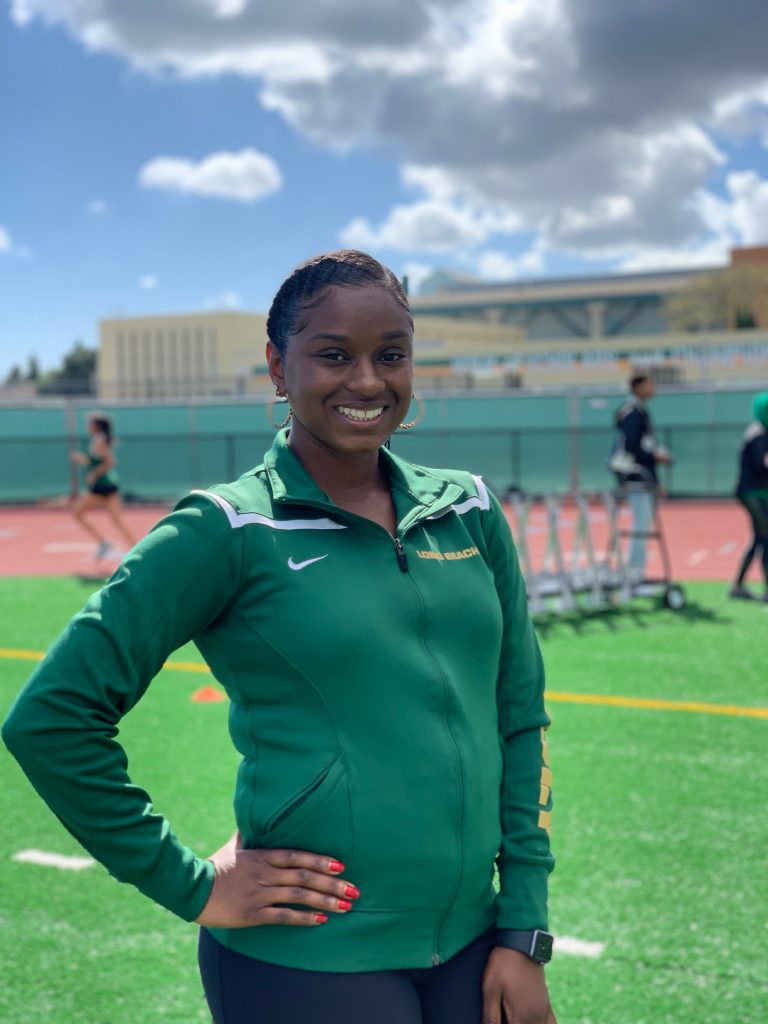 No one can magically give the Class of 2020 a hug from their parents after walking across the graduation stage. No one can give those parents the pictures from before prom. No one can turn everything around from strange to normal. However, the Long Beach Unified School District high schools will try to at least […]

We’ve got a great gallery of shots from Art O’Neil and John Napalan.

The Jackrabbits defeated Jordan 14-0 on the opening day of Moore League play. We’ve got a great photo gallery from Art O’Neill of All-In Press.