The city of Long Beach had a historically good football season, with a record three players being named to the NFL’s Pro Bowl. Unfortunately, no human football players from the city will be competing in this weekend’s Super Bowl, although Poly alum and Patriots legend Willie McGinest will be all over television covering the game.

Long Beach will, however, have a football player competing in the big game on Sunday. His name is Shy Boy, and he’ll be suiting up in the 15th Annual Puppy Bowl, airing at noon on Sunday on Animal Planet, about three hours before the human football game begins.

Shy Boy has been at Long Beach’s SPCA, located in El Dorado Park, and the SPCA put together a cool video of his trip to New York for the big game. Win or lose, his story already has a happy ending: Shy Boy has been adopted and will be joining his new family when he returns home.

Our very own Shy Boy played in Puppy Bowl XV! Thank you to Orbitz for sponsoring Shy Boy’s flight to New York City and hotel stay during the trip.

This is not Long Beach’s first appearance in the Puppy Bowl, however. Back in 2010 we spotted a Long Beach Poly Jackrabbit serving as a cheerleader for the game, with the right colored pom poms even. 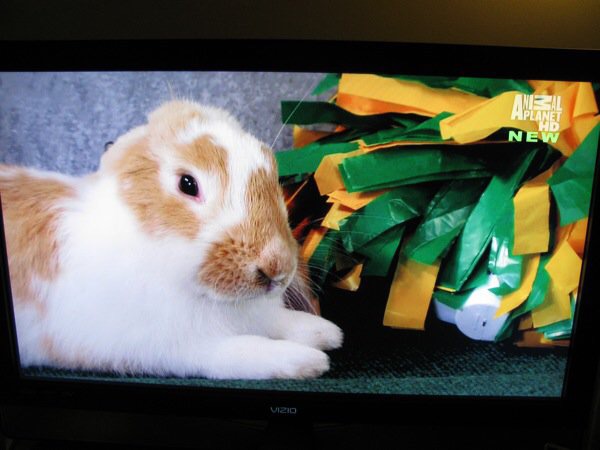 We’re live on the sidelines at Long Beach Poly vs. Serra, Wilson vs. St. Anthony, Compton vs. Dominguez, and Jordan vs. Norwalk and we’ll have updates from the other games as well. Click here if you can’t see the updates.  Click here for our previews of all the games. Tweets by 562sports

Wilson is trying to go 2-0 for just the second time in more than 16 years with a victory over visiting San Jacinto tonight. Kickoff is scheduled for 7 p.m. The Bruins started their highly anticipated season with a win over Mayfair last week while San Jacinto beat Great Oak 30-6. The Tigers lost to […]

Millikan is hosting Aquinas for its home opener at 7 tonight after both teams have leaned on their defenses to move up in the CIF Southern Section rankings. The Rams are No. 2 in Division 7, and the Falcons are No. 7 in Division 5. “They’re a tough defensive team,” Millikan coach Justin Utupo said […]