This is going to be a special season for the Long Beach State men’s volleyball team, so we’re pulling out all the stops to break down the big storylines.

Click here to read our preview of the team trying to become the first in Long Beach history to win back-to-back NCAA titles.

Click here for our feature on National Player of the Year Josh Tuaniga, who led the team to last year’s title despite a serious injury.

Click here for our column on why this is the perfect team to hop on the bandwagon for.

Click here for our inside look at the team’s NCAA championship rings.

Click here for a breakdown of five of the top matches to watch this year.

Click here for the full schedule for this season.

Check out the cover to our special section in the Grunion Gazette: photo by Stephen Dachman, design by Jesse Lopez. 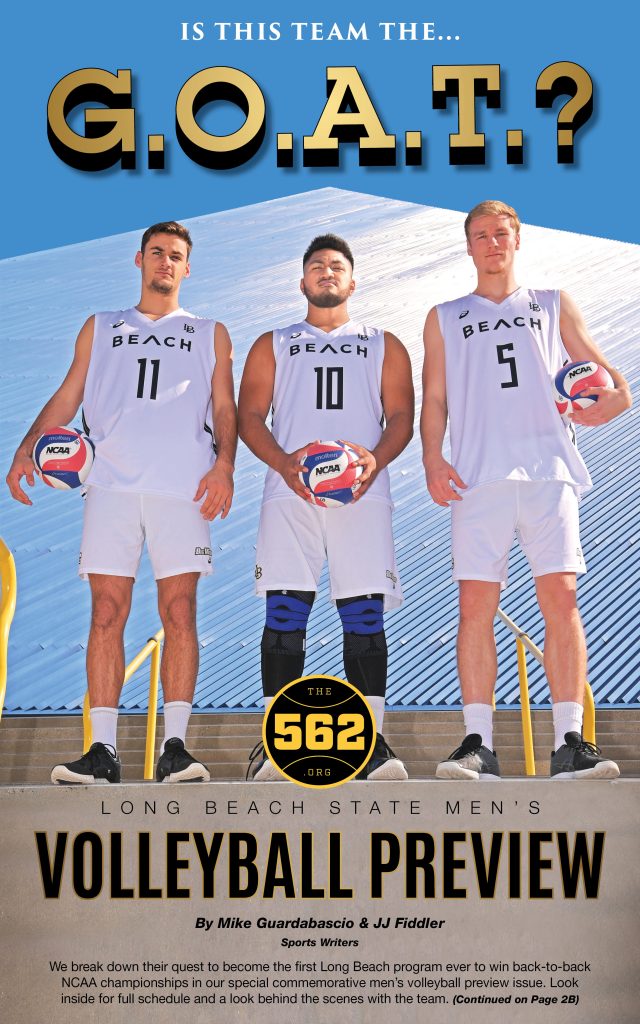 Mike Marjama made his Major League Baseball debut less than a year ago, but the former Long Beach State Dirtbags catcher has decided to hang up his cleats and give back to a community that also shaped his life. “I am more than an athlete,” Marjama wrote in his official retirement letter released via Twitter. […]

The Long Beach State men’s basketball team pulled away late at UC Irvine on Wednesday night to win 80-70 and improve to 2-0 in the Big West. LBSU (8-10) has won five of its last six games, and this is its first win at UCI since 2015. BOX SCORE LBSU seniors Deishuan Booker, Bryan Alberts, […]