As 2019 dawns, we had fun reflecting on some of our favorite stories from the 2018. But we’re also drawing up our calendar for 2019 and 10 stories we’re most excited for. 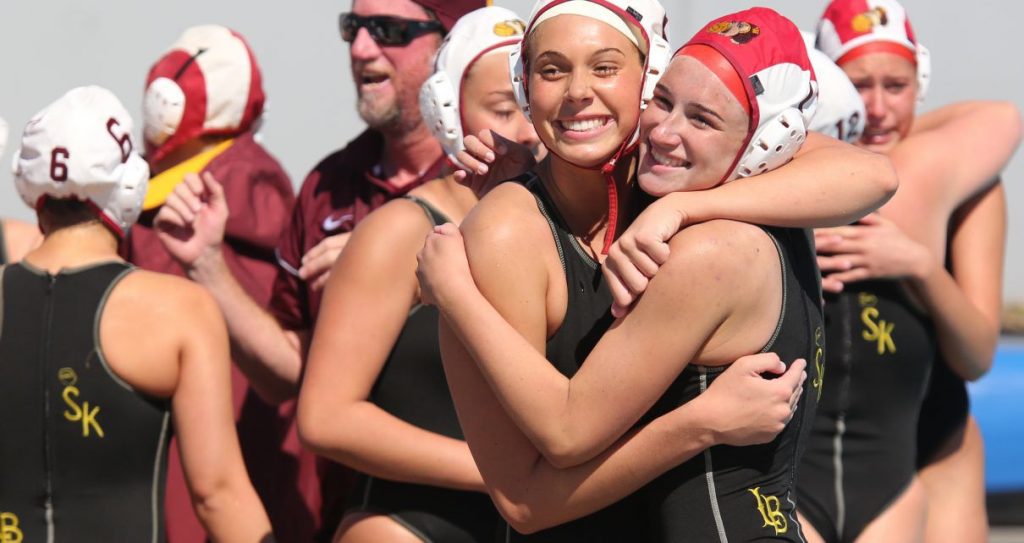 Long Beach girls’ water polo is at a crossroads after the top two teams, Wilson and Poly, made CIF championship history last year. This upcoming postseason will decide if 2018 was a fluke, or the sign of things to come. Most of the responsibility to carry the banner for the Moore League is in the capable hands of the Wilson Bruins.

First-year coach Barry O’Dea led Wilson to the Division 3 title last February, and he returned almost his entire roster for the Bruins to move up in division this season. Players like UCLA commit Brooke Gruneisen and Ava Bishop will need to help all of their teammates improve if the Bruins want to compete with CIF-SS private schools in Division 1 & 2 playoffs.

Meanwhile, Poly also needs to keep treading water with a brand new group of players in the pool, and a first-year coach in Brandon D’Sa on the deck. 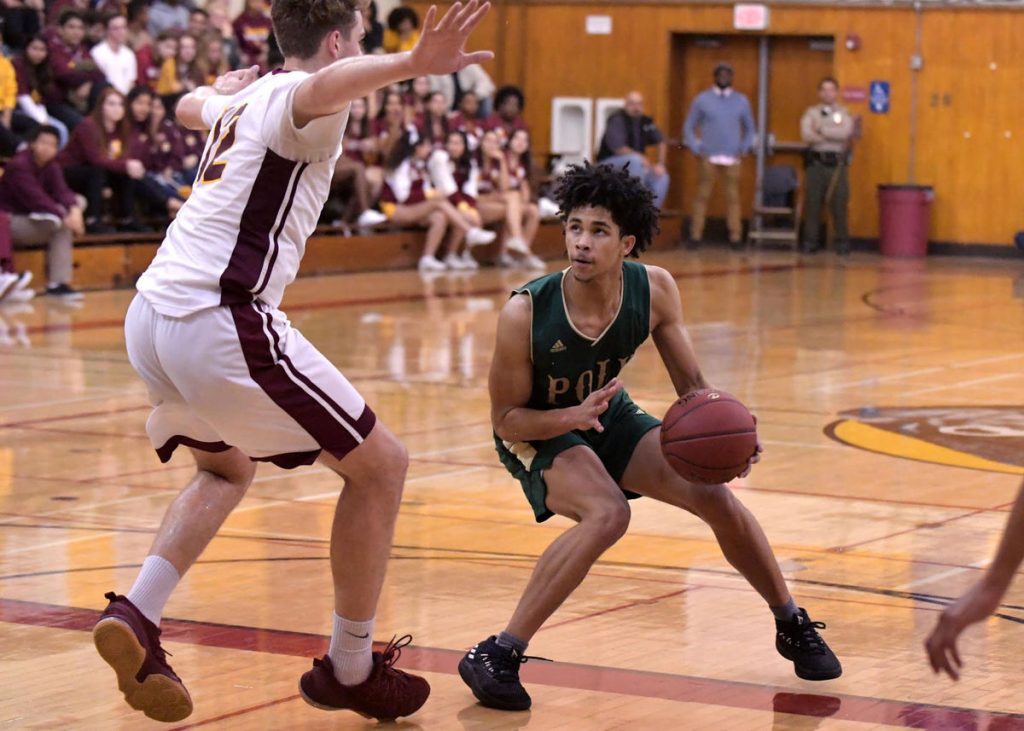 There’s no way to know what the big story will be from this winter’s CIF Southern Section basketball playoffs, but we can be pretty sure there will be a big story. Eight boys’ and girls’ basketball teams have been ranked already during this young season, and we could see championships from powerhouses like Long Beach Poly or St. Anthony, as well as surprises from programs like the Compton girls’ basketball team, which opened the season ranked No. 1 in Division 4AA. With so many teams looking at realistic CIF championship hopes, expect the regular season to be even more intense as teams battle hard for the league’s four guaranteed playoff spots. 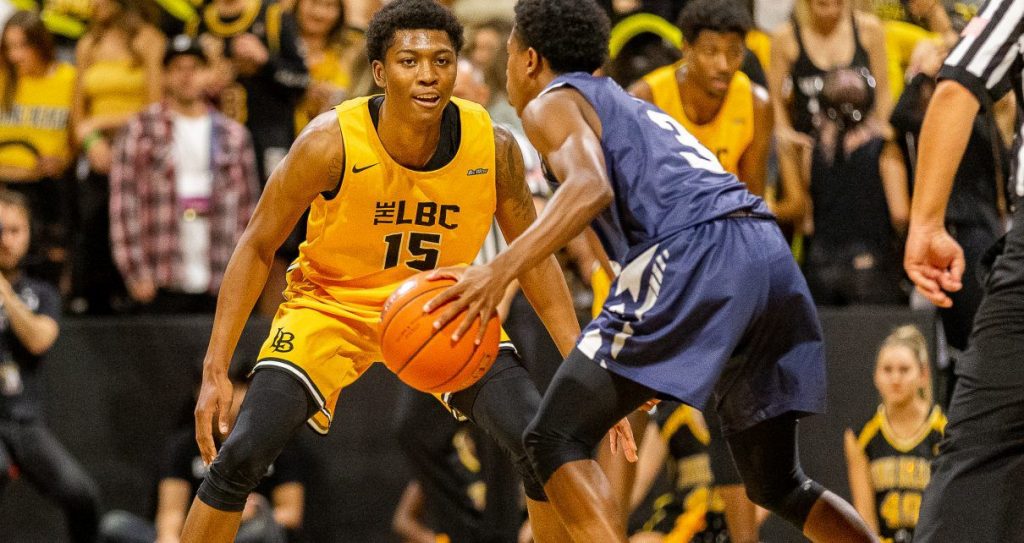 There wasn’t a lot of Long Beach college basketball to get excited about in 2018, and unfortunately it looks to be more of the same in 2019.

Long Beach State men’s and women’s basketball collectively got off to one of the worst start in school history. The men’s team is amongst the worst in the nation in terms of ball control and turnovers, and the women’s team didn’t hold an opponent under 70 points until the fifth game of the season. Both teams started their first winning streaks of the season the week before Christmas.

With the Long Beach City College women’s team rebuilding with an inexperienced roster, the LBCC men’s team is the lone bright spot in the city. The Vikings improved to 11-2 overall last month by beating Mt. San Antonio and Pierce in the final two games of the year. Freshman forward Jace Bass leads the team with 17.2 points per game, while sophomore guard Jamiu Akinbile is averaging 14.6 points and 6.9 rebounds. LBCC starts conference play on Jan. 23 at home against Cerritos.

LBSU On The Diamond 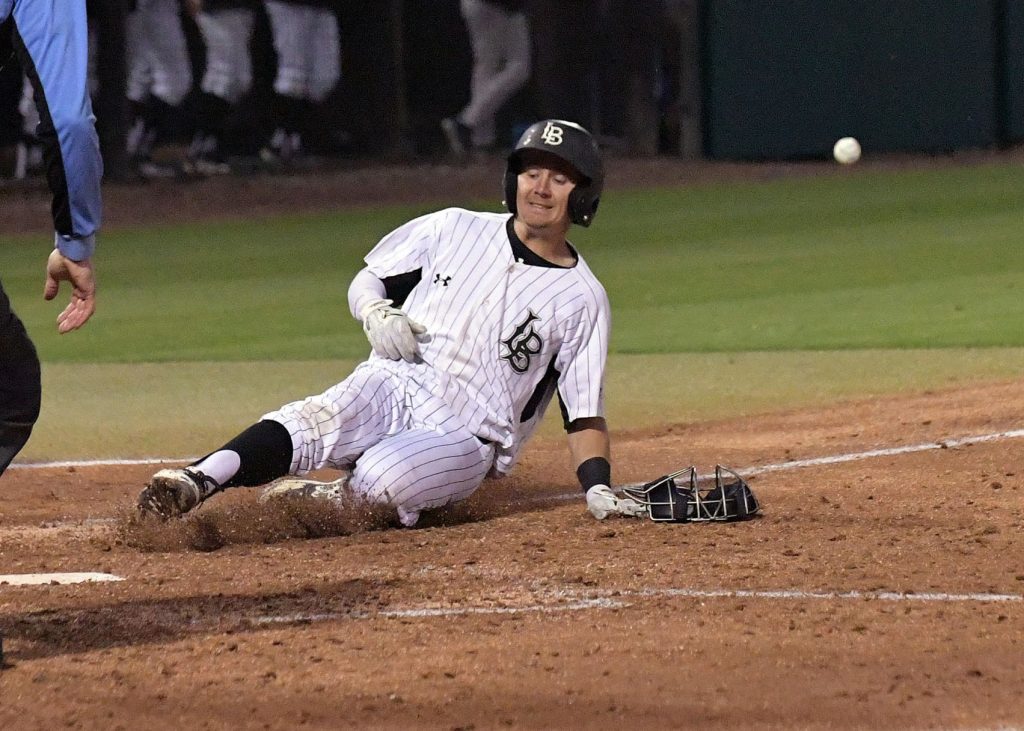 The Long Beach State softball and baseball teams couldn’t have had much different seasons in 2018, and they’ll be dealing with different issues in 2019 again.

The Dirtbags suffered though a mountain of misfortune last season as half of their projected starting lineup didn’t even reach the start of Big West Conference play. The result was a 27-30 overall record and 12-12 fifth place finish in the Big West that saw LBSU miss the NCAA postseason for the first time since 2015. The Dirtbags are expecting a bounce back season this year with the return of impact players such as shortstop Laine Huffman.

LBSU softball is coming off of its sixth best overall record in school history with 43 wins and a return to the NCAAs for the seventh time in the last 12 years. The Beach also set team records with 486 hits, 91 doubles and a .306 team batting average. However, they’ll have to replace 10 key players including pitcher Cielo Meza, who transferred out after pitching two no-hitters for LBSU. Junior All-American Taylor Rowland needs to be an important leader this year if the Beach wants to regain its spot atop the Big West. 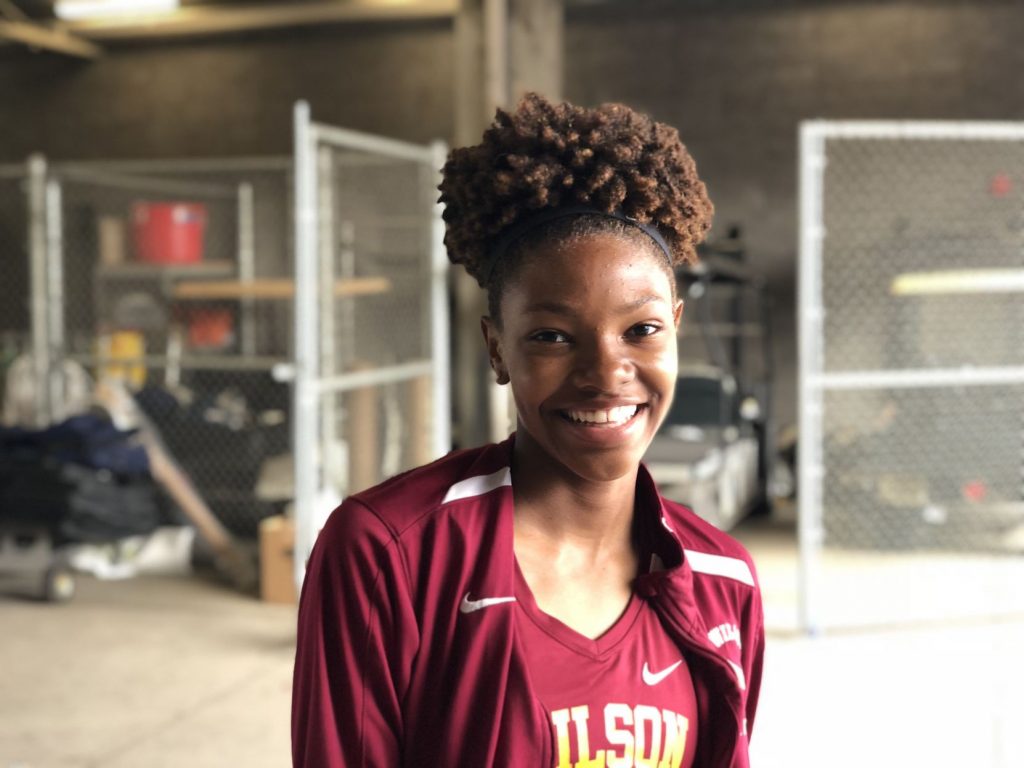 This spring will feature a drastically different schedule for high school track and field, with the Moore League finals taking place prior to spring break and the state championships occurring in Clovis over Memorial Day weekend. What’s expected to stay the same is Long Beach dominance at the CIF-SS and State levels, where Long Beach Poly and Wilson could be racking up the golden trophies.

Both teams have the depth to contend for championships, while individuals like Wilson’s Rachel Glenn and Poly’s Kenya Payne should be in the mix as well. Look for more fireworks from Poly’s 4×100 and Wilson’s 4×400 relay, all of whom have been among California’s best. 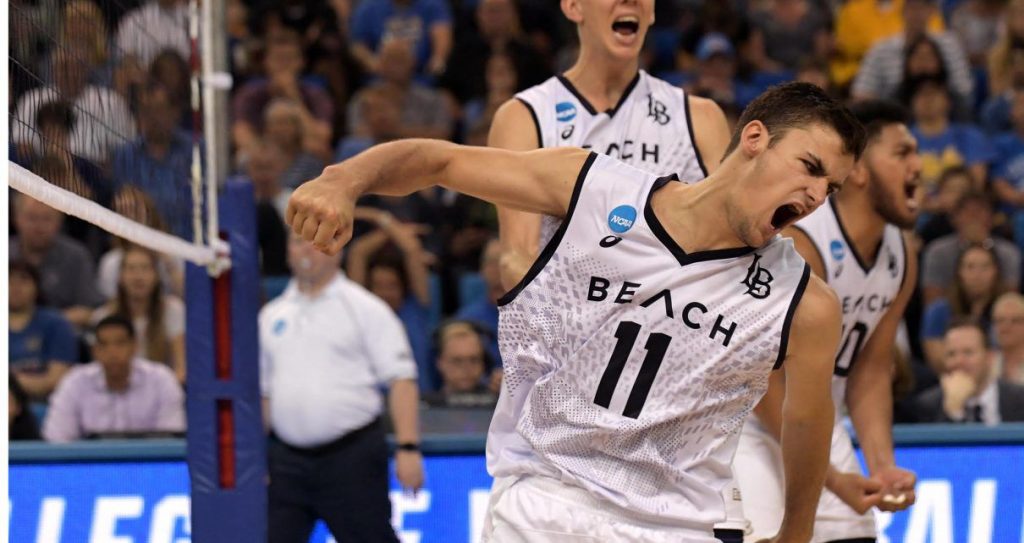 May 2-4 at the Walter Pyramid is shaping up to be one of the most special stretches in the history of Long Beach sports. Consider: the Pyramid is playing host to the NCAA men’s volleyball Final Four, and Long Beach State is favored to be a big part of the festivities as they try to defend their 2018 national championship. The team returns all but one starter including five All-Americans and two National Players of the Year in Josh Tuaniga and TJ DeFalco. The Pyramid will be packed with extra stands, with somewhere between 6,000 and 7,000 fans likely making it a sellout, especially if we get a rematch of last year’s LBSU/UCLA final.

If you can’t tell, we’re already excited — if you’re trying to schedule an event and you’re hoping for coverage, we suggest picking a different weekend. 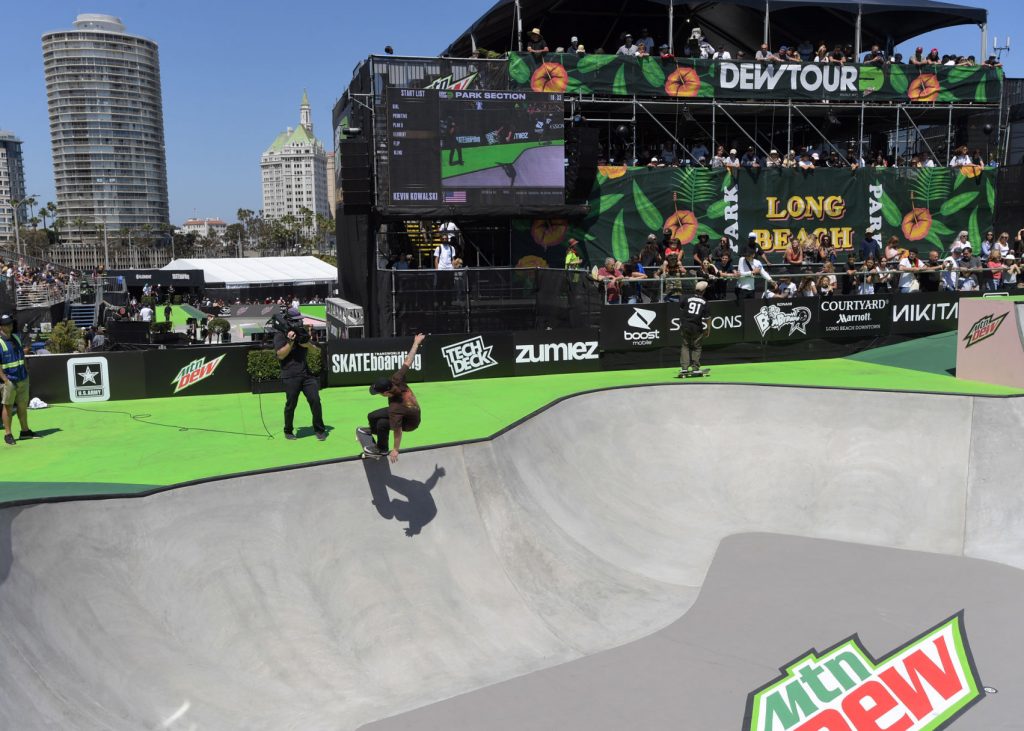 The sporting events off Shoreline Drive next to the Long Beach Sports Arena and Convention Center will never look the same after Toyota ended its 44-year long partnership and title sponsorship with the Long Beach Grand Prix in August. The famous race is still without a sponsor, and the search for one as race weekend approaches could end up being one of the biggest stories of this year.

With the recent departure of the World Series Of Beach Volleyball, it may fall on the Dew Tour to continue bringing sports fans to Long Beach this summer.

On July 20, 2019, we’re going to get our first look at Long Beach as an Olympic host city. Obviously we’re still almost a decade away from the arrival of the 2028 Games, but this July the city’s coastline will play host to a race put on by USA Triathlon, the first Legacy Triathlon that the sport’s national organizing body has planned for Long Beach. With Long Beach hosting the Olympic Triathlon in 2028, the plan is for USA Triathlon to get into town and develop some relationships, while also scoping out what the course will look like among the city’s scenic waterfront. In addition to hosting the races, which will bring in some of the world’s top athletes in the sport, USA Triathlon also is going to select Long Beach charities to support with annual $10,000 donations, ultimately adding up to $100,000 of support by the time the Olympics rolls through. 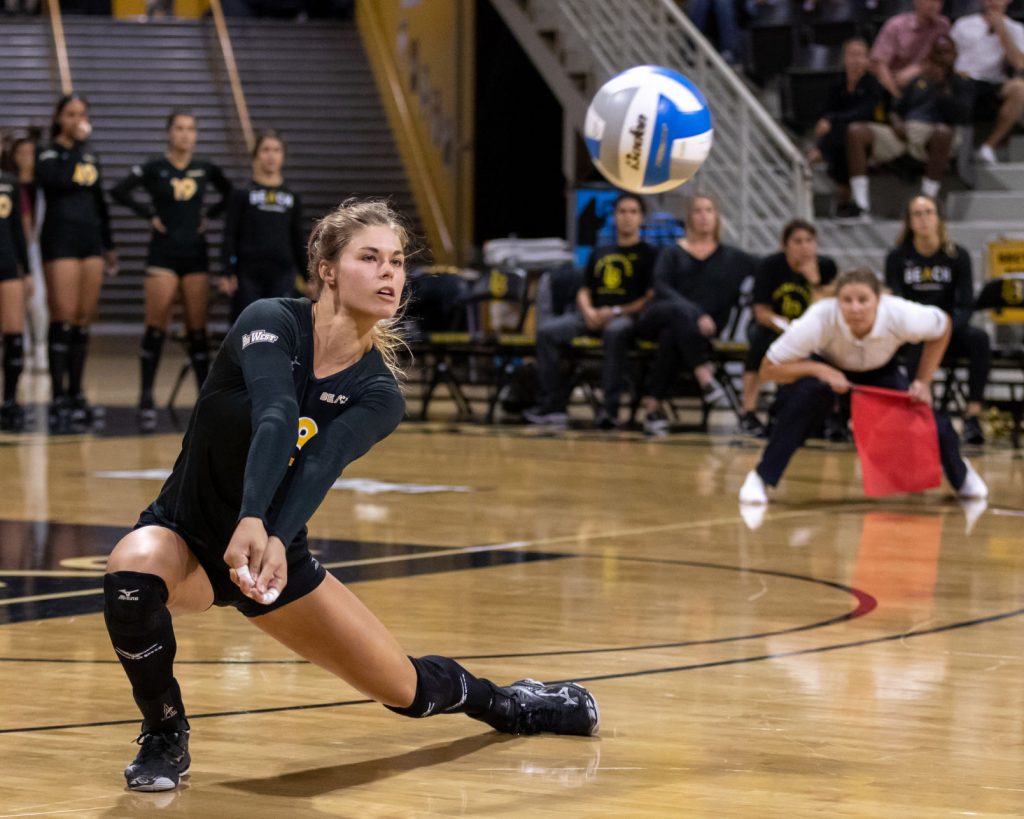 LBSU women’s sports success in the Big West was one of the best stories in 2018, but the fall will be a rebuilding season at the Beach. The women’s soccer and volleyball teams are both replacing impact seniors with top-notch recruiting classes coming in the near future. So, the question is whether coaches Mauricio Ingrassia and Joy Mckienzie-Fuerbringer play their experienced players to survive the tradition, or play the incoming youngsters with better build for the future.

Ingrassia will have a bunch of leaders to replace including Imani McDonald, Sarah Maher, Ashley Gonzales and Dana Fujikuni. Gonzales, Maher and Fujikuni were awarded Big West superlatives while at LBSU, and McDonald played throughout her four years in goal. The Beach has a host of young talent ready to take over, and the return of Kaitlin Fregulia (knee) could make the adjustment on the back line a little easier.

Mckienzie-Fuerbringer will have a harder time turning it around after LBSU had two of its worst consecutive seasons in school history, but she has an improve crop of talent coming in the next recruiting class.

No Long Beach sports team has more fans or faces more scrutiny than the Long Beach Poly football team. This year figures to be a big one in the long and storied history of the program. In June, the CIF-SS will release its new football divisions, and there’s a good chance that Poly will be in Division 2 for the first time ever. Poly fans have expressed some displeasure at that possibility, but rebuilding the program in Division 2 for one year wouldn’t be the worst thing in the world. Poly had one of the most talented freshmen teams in Southern California this year, who could be poised to help buoy the Jackrabbits back to Division 1 relevance — we’re excited to see what happens this season with another challenging nonleague schedule on the books.

The562.org’s Athletes Of The Week

Congratulations to our Athletes of the Week and thanks to Naples Rib Company for their sponsorship! Jenna Sonnenberg, Millikan Diving Millikan junior Jenna Sonnenberg won her second CIF Southern Section diving championship this week, and set a new CIF-SS Division 2 scoring record in the process, putting up a 596.70 with her 11 dives. Sonnenberg […]

Although most of the faces are the same, Long Beach State men’s basketball is banking on big change for the 2018-19 season that starts Friday night at No. 20 UCLA. Homecoming is 4 p.m. on Saturday at Walter Pyramid against Menlo College. LBSU is coming off of another disappointing exit in the Big West Conference […]