Football season is back, and starting earlier than ever thanks to a change in the schedule by the CIF State office.

For Long Beach football fans, it’s not a moment too soon. Thanks to the new opportunities offered to local teams by the CIF Southern Section competitive equity format, every team feels like they have a shot at a CIF championship. A few years ago Wilson made a run to the semifinals, last year Millikan made the quarters, making two Moore League schools having their best year in a generation. 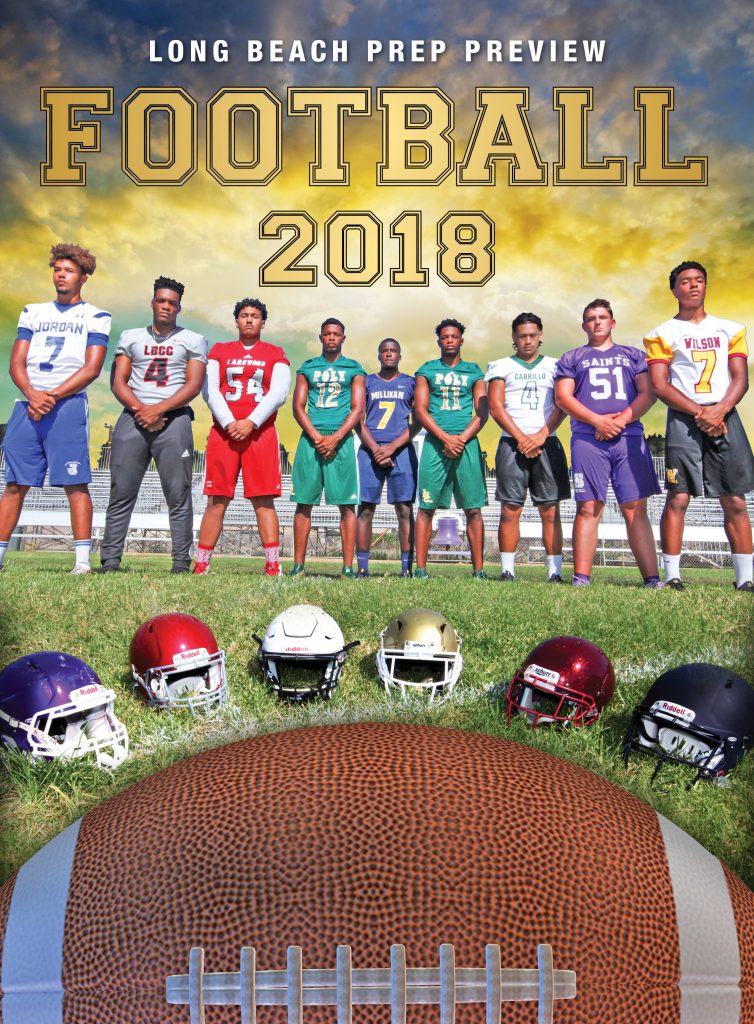 St. Anthony won a CIF championship two years ago (their first since 1948) and are now moving up divisions to play with bigger competition, bringing a new level of excitement to the small school (which could now find itself playing the Rams in the playoffs).

One thing’s for sure, the players are ready. Poly’s not the only school boasting top talent, as the Rams feature multiple Division 1-offered players for the first time in a decade, and players are already chirping about the Poly/Millikan showdown the first week of the league schedule.

In this section we take you inside the practices and gameplans of every school in town. You’ll find articles about each team, full schedules, and projected starting lineups.

Come back Saturday for the second half of our massive football preview–videos taking a look at every team.

Click the schools below to see the articles about each team.

The Hub City Classic championship is on the line tonight at Dominguez High where the Compton Tarbabes are trying to take down the Dons and win the cities rivalry series for the first time in a decade. These two schools haven’t played each other since 2015 when Dominguez won a third consecutive meeting by a […]

Ryan Guerero has been chasing baseballs at Blair Field for almost his entire life. As a Littler Leaguer, he would run around the outskirts of the grandstand collecting the balls that went out of play. “I have a basket full of over 100 foul balls,” Guerero said. “I always had fun hanging out with friends […]

St. Anthony hits the road tonight to Agoura, desperately looking to turn around a season that’s seen them lose four consecutive games to slide to 1-4. The Saints are fresh off a disappointing loss at St. Pius X, where head coach Mario Morales was frustrated with his team’s five turnovers as well as a raft […]