Long Beach Poly fans lost a special member of their community last week, and the city lost one of its greatest ever athletes. Poly alum and 1959 CIF Football Player of the Year Willie Brown passed away due to complications from cancer at the age of 76.

Brown is survived by his wife, Carole, son, Brian, daughter, Kimberly and grandchildren Nathan and Alana, and his brother, Oscar.

“How can you rate someone as one of the greatest athletes ever to come out of this city?” said Poly alum and longtime USC track coach Ron Allice. “But Willie was All-CIF in three sports and CIF Player of the Year in two. Think about that.”

Brown was the vice president of the student body his junior year at Poly, and quickly developed a reputation as one of Southern California’s best athletes.

Brown shared the Poly backfield with Dee Andrews as a junior, and when Andrews went down with injury during the 1958 playoffs, Brown stepped up. He scored four touchdowns and gained 106 yards on 17 carries in the 31-19 championship game win at the L.A. Coliseum. The Jackrabbits went 22-0-1 during Brown’s junior and seniors season while winning two championships.

His senior year he had one of the best years of any SoCal athlete in the last half-century. He led Poly to a CIF title in football and won CIF Player of the Year, then led them to a basketball CIF championship and again earned CIF honors. He led Poly’s baseball team that year with a .411 batting average to earn All-CIF honors.

After playing multiple sports at Poly, Brown was All-Conference at USC where he won a football national championship in 1962, and a baseball College World Series title in 1963. He spent three years in the NFL with the Los Angeles Rams (1964-65) and Philadelphia Eagles (1966), and then returned to USC as an assistant football coach (1968-75) and an assistant baseball coach (1969-70). Both teams won national titles. Brown was inducted into the USC Athletic Hall of Fame in 2005 and is also a member of the Century Club Hall of Fame and the Poly Football Hall of Fame.

“With the impact he had at USC they ought to have a statue of him there,” said Allice. “How many people win national championships in two sports, and then as a coach in two sports? It’s unprecedented.”

In an interview with a USC publication a few years ago, Brown talked about how he grew up with his brothers at Long Beach parks.

It was that sense of responsibility that shaped the latter portion of Brown’s life. After serving as an assistant coach at USC he spent the last two decades of his career as a mentor in the university’s academic services department.

“Student-athletes would go to Willie before they’d go to a coach,” said Allice. “He was  real mentor, he was as good at that as he was at any sport. That’s incredible. Some athletes never knew his background or who he really was, but he was still that trusted. He was the most humble person of great status I’ve ever been around.”

Brown certainly left his mark at USC, but he never stopped being a big part of the Poly community, either. Long Beach Sixth District Councilman Dee Andrews grew up in the same duplex as the Brown family, and has always referred to Willie as his “younger brother,” a peerless athlete. Andrews said the only thing anyone ever teased Brown about athletically was that he played baseball instead of running track.

Brown’s brothers, Oscar and Ollie, were both standout baseball players who went on to professional careers on the diamond, and the Brown family has remained enmeshed in the Long Beach and Poly communities. Poly’s basketball coach Shelton Diggs is Brown’s nephew.

That’s why it didn’t come as a surprise that Brown’s wishes were for his services to be at his alma mater. The memorial will be held at Poly in the auditorium on Aug. 10 at 11 a.m., with a viewing at 9 a.m.

“It’s going to be somber but it will be great, too,” said Diggs. “He meant to much to the Poly community and to my family.”

Diggs said he wasn’t surprised that Brown wanted his services at Poly.

“If you didn’t go here you just don’t understand,” he said. “People don’t get it, what that love is like here.”

In lieu of flowers, the family has asked for donations to be made to the Willie F. Brown, Jr. Fund in the Long Beach Education Foundation.  The fund will provide for the “urgent needs of individual student-athletes such as food, shoes, transportation, clothes, and equipment,” according to the Brown family. “It will also provide academic scholarships, recognition, field trips, and travel. This account will support students from the neighborhood who were just like Mr. Brown was in high school.” 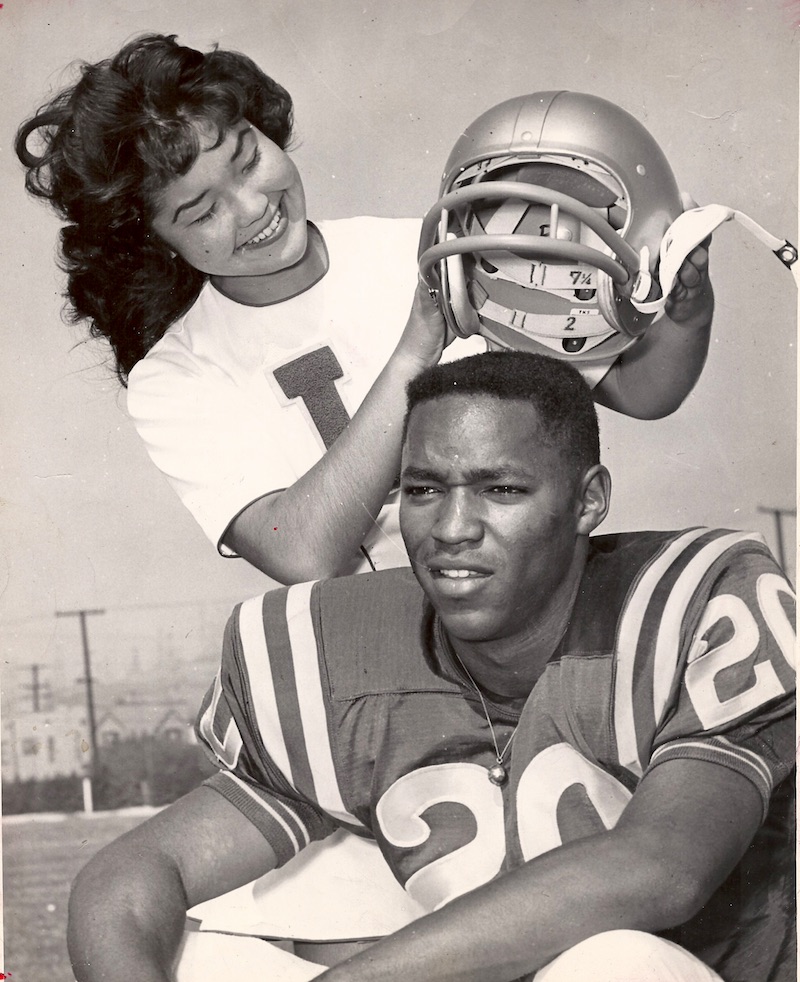 All of The562’s water polo coverage for the 2021-22 school year is sponsored by Aqualand. Visit AqualandOfTheFree.com to learn more. An energetic crowd was on hand for Poly’s Senior Day victory over Millikan on Wednesday afternoon, which saw the Jackrabbits score first, and never fall behind, in an impressive 8-4 victory. It took a while for both offenses […]

LB in NFL: Jayon Brown Off To Another Hot Start

We’ve got video of the biggest cross country meet of the year. Moore League Cross Country Finals 2018 It was a historic day at Heartwell Park as records fall and titles were decided.