Long Beach won’t be hosting the Olympic triathlon until 2028, but USA Triathlon decided not to wait that long to begin bringing international events to the city. At a press conference at Shoreline Park on Tuesday morning, USA Triathlon CEO Rocky Harris announced that the organization will host the annual Legacy Triathlon on Long Beach’s shore beginning in 2019.

“We’re excited to plant a flag in Long Beach and say the Olympics are here now,” said Harris. “We don’t want to wait 10 years to start making an impact in this community.”

The triathlon will begin on July 19, 2020, but is already open for registration at thelegacytriathlon.com. It will be a sprint-distance course with 750 meters of swimming, 20 kilometers of biking, and a 5 kilometer run. The first event will be open to the first 750 participants to register.

USA Triathlon says it’s the first national governing body to bring a sporting event to Southern California as part of the leadup to the 2028 Olympics.

“We’re excited to partner with USA Triathlon to host this event,” said Long Beach Vice Mayor Rex Richardson. “We’re perfect for something like this—and I know you burn a lot of calories in a triathlon so we’ve got plenty of restaurants to stock up on carbs, too.”

USA Triathlon has made a 10-year commitment to the city to host the Legacy Triathlon in Long Beach, but Harris said the organization wants to do more than just bring a top-level sporting event to town.

“We’ve also voted to donate $100,000 to local charities over the next decade,” he said. The charities haven’t been selected yet but will likely include youth sports organizations and initiatives to help teach kids how to swim.

For more information on the event visit thelegacytriathlon.com. 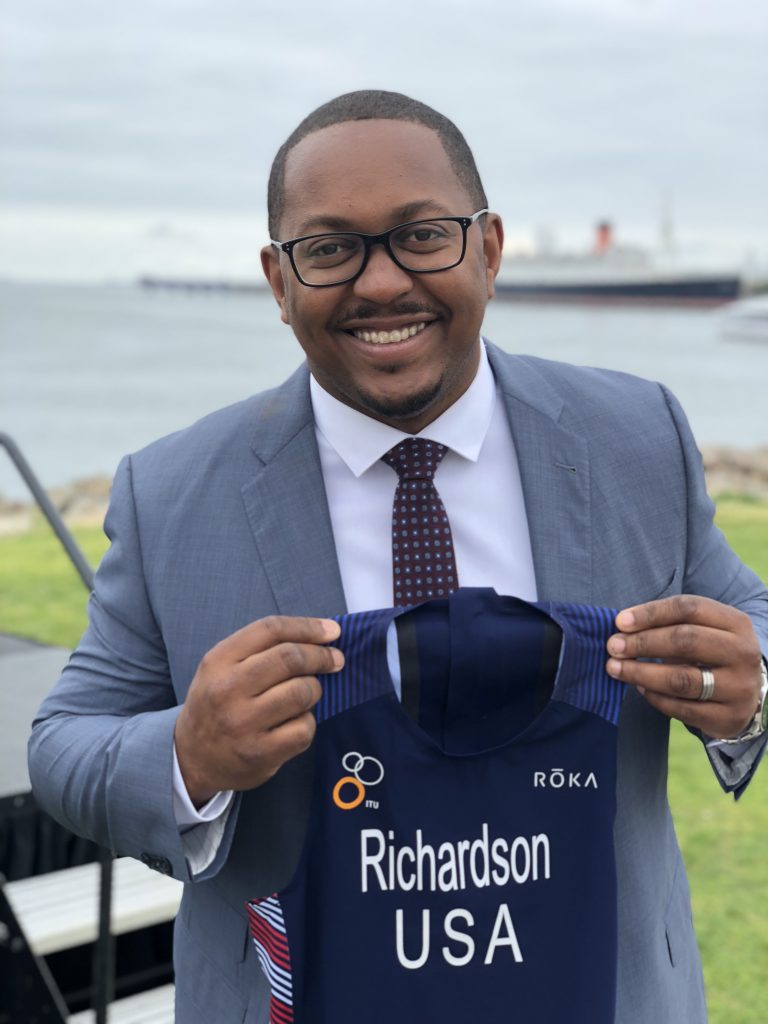 For the first time this millennium, Wilson High water polo legend Tony Azevedo (pictured above) is not competing at the Olympic Games, but the Bruins’ Olympic tradition lives on in Tokyo. — Wilson High School’s connection to the Olympic Games began back in 1952. That’s when legendary diver Pat McCormick–along with 800m runner John Barnes–became […]

A four-year-old Jocelyn Bonney sat along Ocean Boulevard watching her mom, Ann, competing in the Long Beach Triathlon. Eight years later, Jocelyn began training for triathlons herself, embarking on a journey that’s taken her around the world–and one she hopes will eventually bring her right back home. Jocelyn Bonney began her athletic career playing water […]

From the black and gold to the red, white, and blue: the Long Beach State men’s volleyball team has been taking over at the Olympics. This year, the program will be represented by three Olympians, two alternates, and two coaches, with a total of seven of the city’s 17-person Olympic delegation coming out of the […]