This Long Beach girls’ soccer season is starting with a bang as old rivals Wilson and Poly play on the first day of Moore League action in a few weeks. Meanwhile, three-time defending league champions Millikan start the league season against rival Lakewood. 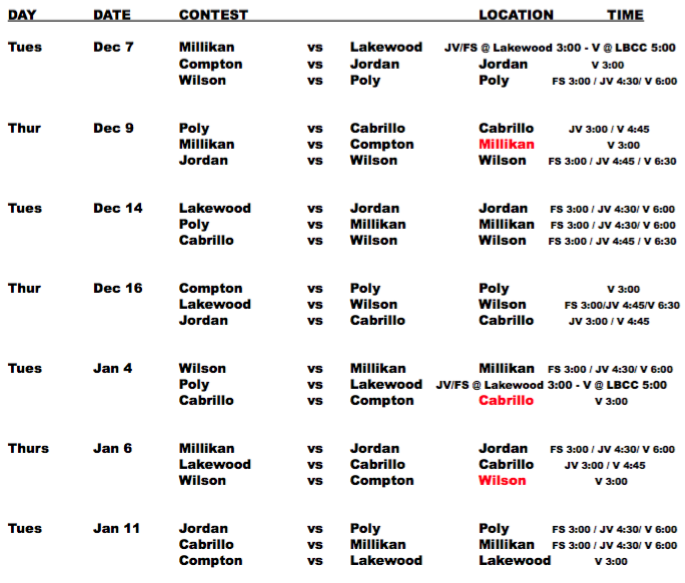 The Long Beach Poly boys’ water polo team was playing in the second round of the CIF Southern Section playoffs for the first time since 1979, and the Jackrabbits had a tall test: traveling to face Mission Viejo, the No. 1 seed in the Division 5 bracket. Poly battled but came up short in a […]

A big first inning lifted Wilson baseball to a 6-0 win at Katella on Friday in the first round of the CIF Southern Section Division 3 playoffs. It is the first postseason win for the Bruins since 2015, and they were outscored 15-3 in their last three playoff losses. “It feels great to see our […]