All of The562’s water polo coverage for the 2021-22 school year is sponsored by Aqualand. Visit AqualandOfTheFree.com to learn more.

The Long Beach Poly boys’ water polo team didn’t get much time to enjoy their historic CIF-SS Division 4 championship–the school’s first in the sport since 1929. Less than 24 hours later, the Jackrabbits are back preparing for another game with the Sunday release of the CIF State Regional bracket.

Poly is seeded No. 3 in the Southern California Regional Division 3 bracket. They host Cleveland in the first round on Tuesday at 5 p.m. at Cabrillo. If the Jackrabbits advance they’d face the winner of No. 2 Palisades and Birmingham in the semifinals on Thursday, almost certainly entailing a road trip to Palisades. The No. 1 seed is the CIF-SS Division 5 champion, Carpinteria.

“I had no idea what to expect, really having never been here before,” said Poly coach Ish Pluton. “It’s cool that we get to host the first game–it’s the season that keeps on giving. We haven’t had a home game since our first round of CIF so it’s nice that our fans get a game in Long Beach.”

There’s not much history in the CIF State for water polo, with regional brackets starting just a few years ago, and there’s no true state championship since the southern and northern regionals don’t play against each other. Pluton said his team isn’t worried about anything other than getting to keep playing together.

“This is the season that keeps on giving,” he said. “We frame this the same way we framed the championship–your hard work has given you these opportunities, let’s go ahead and get after it. Regardless of the outcome yesterday or in State, our boys are going to hold their heads high–the amount of heart and effort and dedication they’ve shown this year leaves them with no regrets.” 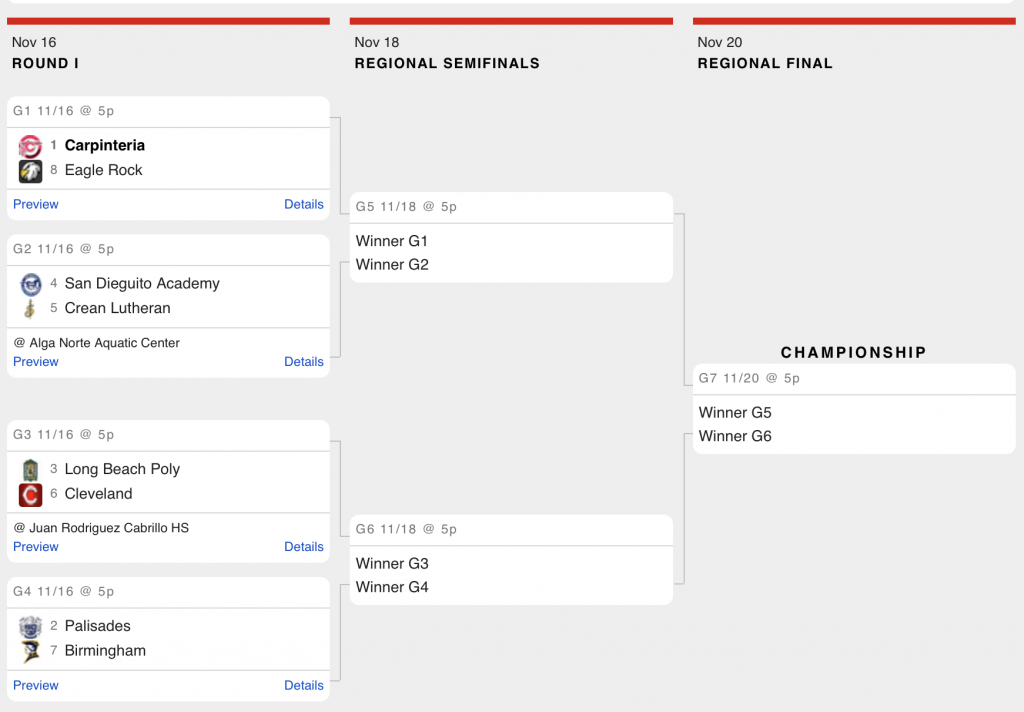 All of The562’s water polo coverage for the 2021-22 school year is sponsored by Aqualand. Visit AqualandOfTheFree.com to learn more. Support The562.org

This week on the LB Fee show we’re discussing the Dirtbags hot start and a crazy busy Long Beach State sports calendar before welcoming on coach Shana Welch to talk about her experiences running the women’s water polo program this season. Episode 50 – Bags Are HOT! Following Up A Busy Two Weeks And A […]