Taylor Crabb grew up in Hawaii, playing volleyball with his friends and dreaming of representing the United States as an Olympian in volleyball. In his head, that dream was taking place indoors, on the hardcourt of an arena with the indoor USA men’s volleyball team. This week, his dream will come true–not indoors but on the sand, as he takes the court with partner Jake Gibb as one of the two men’s beach volleyball teams representing America at the Olympics.

“When I was growing up we didn’t have all the beach clubs that are around now,” said Crabb in a recent interview. “Beach for us was just going down to the Outrigger Canoe Club and literally just fooling around with four to eight friends. It wasn’t scheduled, it wasn’t run by anyone, it wasn’t organized. It was just us boys having fun. Indoor you needed a team and a coach, so beach was more the fun one and indoors was more business. I thought it would be indoors for me, but the Olympics was always my dream, my top goal to represent the US.”

Then the dream came crashing down on Wednesday. Crabb tested positive for COVID-19 after arriving in Japan. He is expected to be replaced by Tri Bourne, a former USC standout.

Still, Crabb is an Olympian, and his journey is a compelling one.

Crabb certainly dominated the sport playing indoors, winning National Player of the Year honors at Long Beach State before embarking on a professional career overseas. He thought he’d play indoors as a pro for several years, make the national team, and then transition to the beach game after his indoor career was over.

Instead, he was playing on the beach in AVP events with his brother after his first season overseas, when plans changed. The Crabbs’ first event on the beach together was at the Manhattan Beach Open.

“We made the semifinals and we beat the No. 1 team in the quarterfinals, and the success right away accelerated things,” said Crabb.

Shortly after that he was in Chicago for an event when his agent called and said he needed an answer on the contract for Crabb’s second season overseas. He made the decision that week to stay stateside and focus on his beach career.

It was a recent pairing with three-time Olympian Jake Gibb that helped unlock the right combination for Crabb. Gibb and former partner Patterson has been coached by Tyler Hildebrand, a Long Beach State product and a coach of the team when Crabb was playing. It was Hildebrand who brought Crabb and Gibb together and suggested the pairing.

“He set up a meeting for us at his house to talk about our vision, our goals, and see if we wanted to line it up, and we decided it was a good fit,” said Crabb.

Crabb also said it added some pressure on him.

“A huge goal of mine was not just to qualify for the Olympics, but to get him to his fourth Olympics,” he said. “He chose me to be his partner and I wanted to make sure I didn’t let him down.”

It was a strange and tight qualification process this year due to COVID-19, and Crabb/Gibb were down to the last qualification tournament two months ago, in the Czech Republic. They were watching another match in the lunch area, because if Phil Dalhausser and Nick Lucena lost their match, then Crabb/Gibb were Tokyo bound. With Dalhausser/Lucena leading 14-13 in the third set, Gibb said he couldn’t watch it and walked away to make coffee.

“He comes back and he says, ‘Nick and Phil won?’” Crabb remembered. “And I said, ‘Nope.’ I stoked up and we just hugged and congratulated each other. Everyone else in the lunch room is like, ‘Why are these guys hugging right now?’ It was such a cool moment.”

Crabb said the only bummer of the Olympic experience is that his family can’t make the trip due to COVID-19 protocols, but they’re just urging him to qualify for the Paris Olympics to make up for it.

“I’m thankful they’re holding the Games even if there’s no fans, we still get to go represent our country against the best in the world,” he said.

And for Crabb, it’s the culmination of a dream that began on the sands of Hawaii, and brought him to Long Beach State.

“That was the top reason I chose Long Beach, there were a lot of other reasons but that was No. 1,” he said. “(Alan) Knipe was the national team coach when I was recruited and I knew I’d get two years with him. Long Beach and Knipe and everyone around there helped me get to where I am today.” 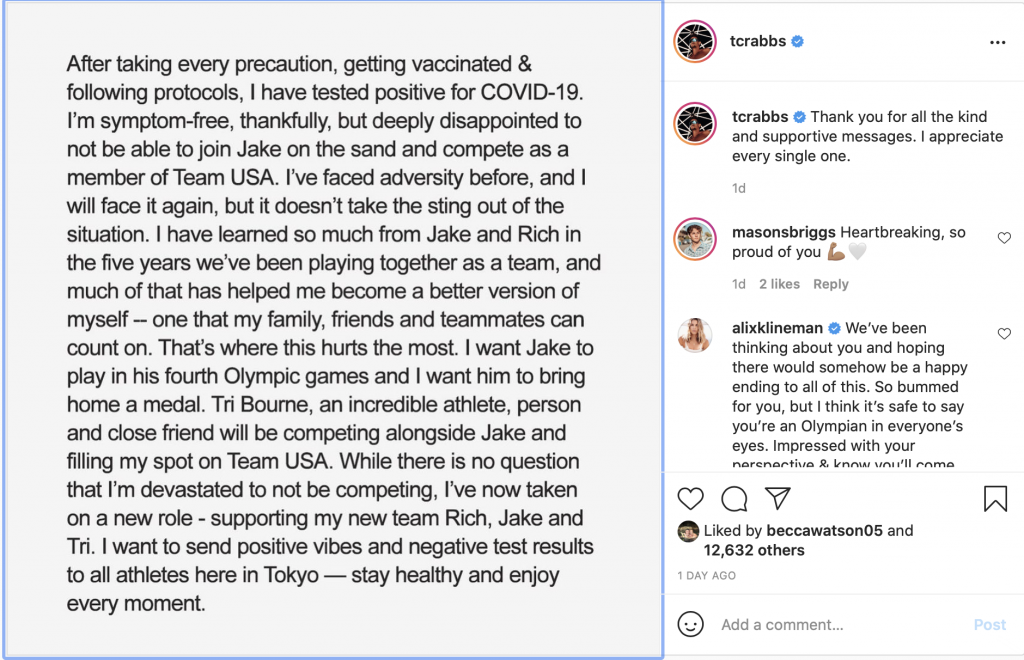 The Long Beach State Dirtbags have been both Dr. Jekyll and Mr. Hyde this season. They’ve played one of the toughest nonconference schedules in the nation while dealing with a rash of injuries, and the results have been mixed. The Dirtbags (11-18) have quality wins over No. 3 Ole Miss and No. 15 Vanderbilt, but […]

Long Beach State announced yesterday that Eric Valenzuela will be the next coach of the Dirtbags baseball program. We talked to Valenzuela about the biggest issues he’ll deal with in his first year… Valenzuela on keeping the Dirtbags style… “I’m from the San Gabriel Valley, and I coached for USD in the NCAA Regional at […]

This week on the podcast we’re updating you on the latest news for Long Beach schools before talking about the high school transfer rule change that will boost local athletics.