After announcing they’d parted ways with longtime football coach Mario Morales yesterday, St. Anthony is making big waves today with the announcement that they’ve hired Long Beach Poly coaching great Raul Lara to be the Saints’ next coach. Lara won five CIF-SS Division 1 championships while coaching the Jackrabbits, then had a successful stint coaching at Warren. He’d been an assistant coach at Servite most recently, while looking for his next head gig.

He’s taking over a St. Anthony team with a ton of returning talent, and that’s hoping to build its new football facility at Clark Field soon.

“I think this is taking our athletic program and putting some life into it, to help us attract a lot more of our local kids,” said Saints athletic director Chris Morrison. Lara and Morrison have a longstanding relationship that helped lead to this move.

“We have a great relationship, we’ve had a friendship over the years, so that was a factor for sure,” said Morrison.

“When I went to Warren they were in a bad situation, they had a 32 game losing streak,” said Lara. “Here at St. Anthony, Mario Morales has done a good job. I know they’ve been struggling a little bi getting freshmen in, I’m just hoping that with my past and people recognizing that I’m here, that we’ll get some more community kids to start enrolling over here.”

In a statement from the school, newly-appointed St. Anthony president Mike Brennan said, “We are grateful to have attracted and retained not only an excellent football coach, but a Long Beach native that has dedicated his life to the faith-filled development of student athletes. Coach Lara is a wonderful addition to an already loyal and devoted faculty and staff that I am honored to be a part of.” 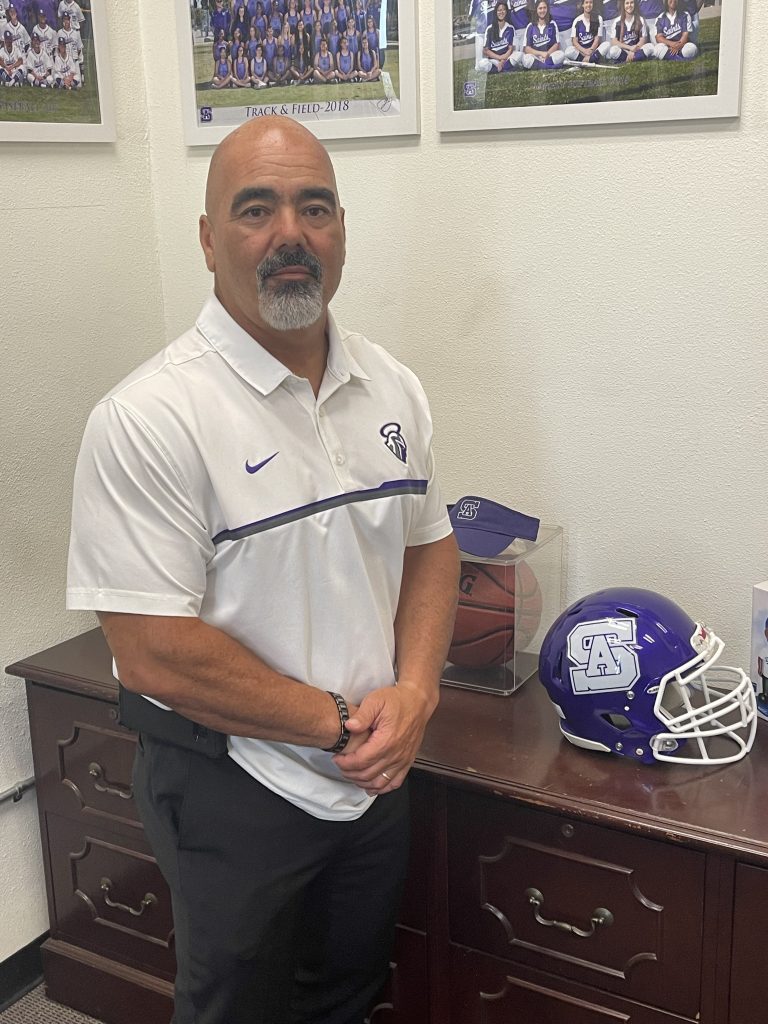 Great action shots by our own Joseph Kling from the Wilson playoff loss at Mira Costa.