The campus-wide renovation project at Jordan High School has reached another key milestone. The school is ready to unveil its brand new, state-of-the-art auditorium, needing to add just a few more finishing touches. Jordan’s complete renovation project was made possible by funding from Measure K, a school bond measure passed by 71 percent of Long Beach voters back in 2008. Construction began in 2014, and the auditorium becomes the latest addition to the ever-changing campus.

The auditorium renovation was Stage 4 of the overall project at Jordan, with a total cost of $22 million. According to David Miranda, Executive Director of Facilities, Planning and Development for the Long Beach Unified School District, the Jordan renovations are now about 65 percent complete, with more construction projects set to begin this summer.

“Those of us who work on school facilities projects are very fortunate, as there is a clear tangible benefit when we cross the construction finish line–a new facility,” Miranda said. “It’s very rewarding to see smiles on the faces of students and staff as they enter a new school or modernized facility. While COVID has presented many challenges, we’ve also been able to accelerate construction in many cases, which is an overall benefit for our students and also for our construction work force that remains employed during these difficult times.”

The new auditorium received seismic strengthening of its structure, as well as a completely overhauled interior. Everything from flooring, seating, lighting, and catwalks is all brand new, and the building is now more accessible with wheelchair ramps to seating areas and two new elevators to the basement and balcony areas. The 41,000-square foot building was originally constructed in 1950 and hasn’t received significant renovations since. The auditorium will seat approximately 1,350 guests between the main seating area and the balcony, and includes brand new audio-visual systems to control lighting, sound, and video projection.

“We’re really excited and can’t wait to get our students on campus so they can actually see it and have their first performance,” said Jordan High principal Keisha Irving of the auditorium.

Dave Barclift is the Stage Technician at Jordan, and has been in that role since 1978. He undoubtedly knows the building better than anyone, and has been blown away by the upgrades.

“The facility, WOW! What a major difference. It looks absolutely fabulous,” said Barclift, who is also a union stagehand. “This is nowhere near what was, this is what is in the industry. It’s above top of the line, it’s professional.”

Barclift and his students will have tons of new equipment to work with once they’re able to safely return to campus. There are 15 new computers in the auditorium, which will control the lighting, sound, and video inside the facility. Because the new equipment is state-of-the-art technology, Barclift feels his students will be more prepared than ever to enter the workforce and pursue careers in entertainment.

“Out of all my years here, I have over 200 students who are working in the industry,” he said. “Whether it’s film, on tour, radio, television, I’ve got kids out there who have done it. We’re here for the students, and to have the right equipment that is current and being used professionally, and have those same students be able to touch and work with it, wow, that’s pretty cool stuff.”

According to Miranda, the next phase of renovations at Jordan will involve the demolition of four buildings on campus that were constructed in the 1930’s. That will be followed up by the construction of a two-story classroom building and a lunch shelter on the west side of campus, which runs along Atlantic Avenue. 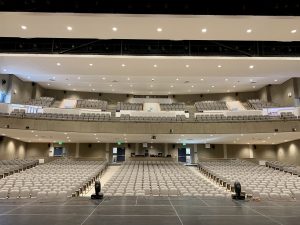 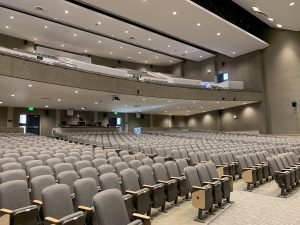 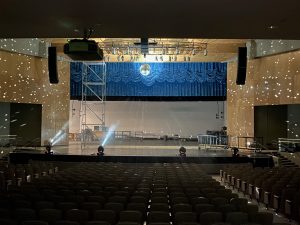 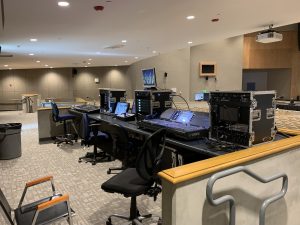 All of The562’s water polo coverage for the 2021-22 school year is sponsored by Aqualand. Visit AqualandOfTheFree.com to learn more. Water polo was one of the first sports to return to competition back in the spring of 2021. There was no opportunity for postseason play following the shortened season, but as high school sports gradually return to […]

The Long Beach Poly baseball team opened its Moore League season with a 12-0 win over Jordan. E.J. Andrews Jr. went 3-for-5 with a pair of doubles and three runs scored for the Jackrabbits. Here are some great action shots from our own Stephen Dachman.

The562’s coverage of Jordan Athletics is sponsored by John Ross, Class of 2013 Jordan football is coming off its most successful season in school history, and that 2021 campaign started with a thrilling overtime victory at home over Kennedy. That victory seemed to catapult the Panthers into the season with more confidence, and they’re hoping of […]