The Wilson High community is mourning the loss of another lifelong Bruin this week after Kurt Holmes passed away suddenly at his home on Saturday. He was 62.

“All he ever wanted to do was be at Wilson,” said his mother Marjorie Holmes.

Holmes was born and raised in Long Beach. He attended Rogers Middle and Wilson where he played clarinet as a member of the marching band. Upon graduation, Holmes stayed on as band director Rolland Sandberg’s aide for more than 10 years while earning his teaching credential at Long Beach City College and Cal State Fullerton. He only worked at Wilson after graduating.

“He was a friend and just a good guy who was always there for me, for colleagues and for students,” Wilson athletic director Jeff Evans said. “He would go out of his way to help kids. If they didn’t have lunch he always had snacks in his classroom for them. He’d open his room at lunch and it was always a happy place. I don’t know a kid who would have anything bad to say about him.”

“He was so helpful with the beginners because he had such patience,” Evans said. “There were kids who had never picked up a club and he was willing to go out there and teach them how to chip and putt. He was so happy when they could just complete a round.”

Wilson band director Eric Messerschmidt echoed that sentiment after working with Holmes when he was orchestra director.

“The kids really liked him a lot,” Messerschmidt said. “He just really had a great connection with kids.”

Wilson alum and current JV girls’ golf coach Hannah Cruz had Holmes as her golf coach and piano teacher. She also served as his teacher’s assistant for his piano class.

“He was a great guy and will definitely be missed,” Cruz said. “He’s always been there for me. He was a mentor and like a second dad. He was always wanted to know how I was doing, and was very understanding and was willing to listen. It wasn’t just like that for golfers, it was all of his students.”

Cruz came back to coach golf with Holmes and Evans after she graduated a few years ago.

“Working with him I got to see how much he really cared and all the effort he put in,” Cruz said. “He helped me navigate being a coach and how to encourage the girls. He always wanted to make sure everyone enjoyed the sport.”

Holmes is survived by his mother Marjorie, brothers Keith and Ken, sister Carol Buckley, brother-in-law Dennis Buckley, sister-in-law Joyce, a lot of nieces and nephews and his cat Sugar.

The Holmes family is accepting cards and condolences at 1911 Park St. Huntington Beach 92648 (c/o Keith Holmes) and a memorial will be planned for next year when COVID-19 restrictions on gatherings are lifted. The family said they are reading every card and note and that they are touched by the outpouring of love.

Below are some of the comments left on social media from those who knew Holmes: 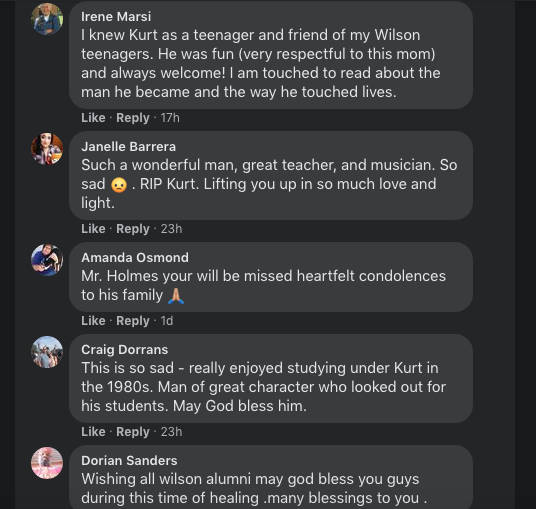 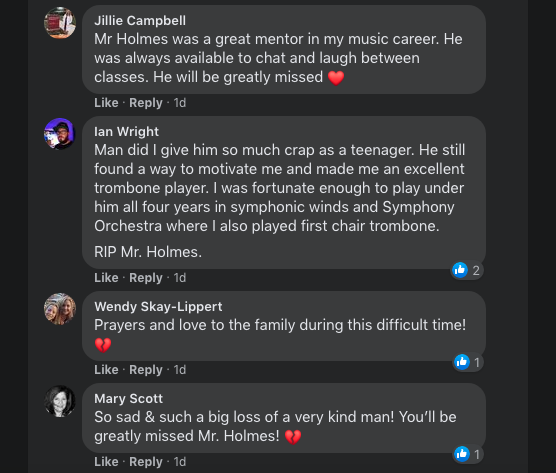 The NFL’s announcement of this year’s Pro Bowl team was an historic affair for Long Beach Poly alum Jurrell Casey. The Titans’ defensive tackle was named to his fourth consecutive Pro Bowl, becoming the first Titans player in history to make four Pro Bowls. Casey made history in Long Beach as well, becoming just the […]

The first round of the CIF Southern Section girls’ volleyball playoffs is this evening, and five teams remain in the action after Millikan was eliminated in Tuesday’s wild card round. All games are at 6 p.m. We’ll have live updates on the website. Division 1  Long Beach Poly @ Aliso Niguel Division 2 Lakewood vs. […]