Sitting alone in her room, Jessica Hooper faced a microphone perched atop a stack of textbooks and draped a blanket over her head. Hooper is an alto in Long Beach Poly’s vocal jazz choir, and while her method of reducing reverb in her recordings might appear unusual, she’s one of over 200 students finding a creative way to collaborate on a special project.

In a combined effort of Poly’s choir, jazz band and orchestra students, the Poly Music Department is releasing a holiday album entitled “Happy Polydays” on December 11. Each of the 22 songs on the album was recorded under less than ideal circumstances, with each singer and musician recording their own part separately, before the tracks were edited together. That meant each student had to form a makeshift studio at home, and do their best to create studio-quality sound. According to Poly Choir director Brian Dokko, the end result belies the challenges of the process.

“Everything was recorded distant and done over Zoom, and it actually sounds good. We had to constantly remind ourselves that it was recorded remotely,” Dokko said. “Music rehearsals have to be done in person. You need to be able to hear the person next to you, get that feedback and have the full feeling of it. So that was probably the biggest challenge: How do we teach this music and not have it sound just like a bunch of right notes and right rhythms? How do we teach them style, dynamics, all these subtle things? As music teachers, we’ve had to reinvent our craft.”

What started out as a spontaneous, preliminary idea in late July quickly developed into a full-length album just a few months later. The recording and editing process came together in less than three months, which Dokko said is a credit to the students’ dedication to the project.

“I cannot express my gratitude, love, and appreciation for these students. Because it’s one thing to have the idea, but if they didn’t submit their takes, it would have gone nowhere,” said Dokko. “We had incredibly high participation on this. If you listen to other teachers, they’re struggling for kids to turn their cameras on, kids aren’t showing up to class, or even when they do show up they aren’t participating. That’s the common thread right now. But these kids were so fired up about this album and they deserve 100 percent of the credit. They worked so hard and I’m incredibly proud.”

Dane Camacho is a senior in the PACE program who sings bass in Poly’s Jazz One class and in chamber choir. He said that the album has been a bright spot during a difficult school year.

Hooper is a junior in PACE who is following in her mom’s footsteps as a member of the Poly jazz choir. She said the album has helped her as a student by giving her a fun and special project to collaborate on every day.

“It was a motivator for sure,” Hooper said. “I found that in the first couple weeks of school it was just draining. Being on my laptop all day, it was hard, and I didn’t expect it to be as hard as it was. But having my one class a day of jazz with everyone, this project was something we could talk about and we were constantly working on, and it motivated me to get through the week.”

To form the track list, students put together a spreadsheet of song ideas and then determined the best selection of songs that would showcase everyone’s abilities. Poly Music was also able to recruit some alumni of the program to provide features on some of the tracks. Dokko and Hooper both stressed that they did not want the album to sound like a collection of cover songs, but wanted it to have a unique sound to represent Poly.

“We didn’t want just another version of a song that 10 people have already done,” Hooper said. “We wanted to make it feel like us and give it kind of the Long Beach flair, and I think we were very successful at that with the selection that we have.”

The album will be released on all major streaming platforms (Spotify, Apple Music, Amazon Music, etc.) on Friday, December 11. For those interested in a CD version which includes liner notes and a list of all 222 participating students, physical copies of the album will also be sold at PolyChoir.com.

All proceeds from album sales will go back to Poly’s music programs, providing more opportunities for students to pursue their love of music.

“Choir specifically has been a keystone in my life. It’s been what my life revolves around,” Camacho said. “I miss it a lot. This is the first year I’ve gone without performing at all, so it’s been tough, but this album has really brought up my spirits.”

Below is a collection of photos of some students recording from home: 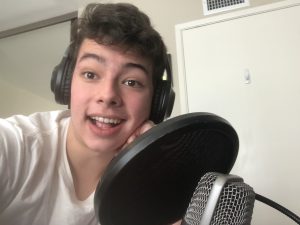 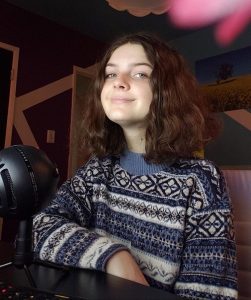 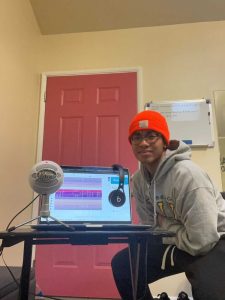 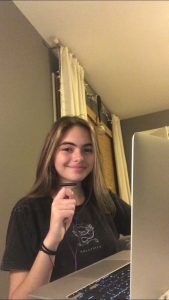 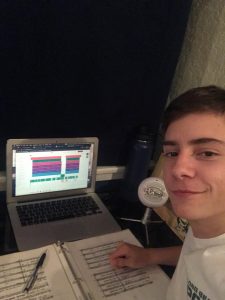 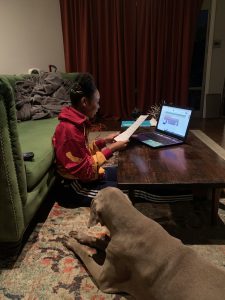 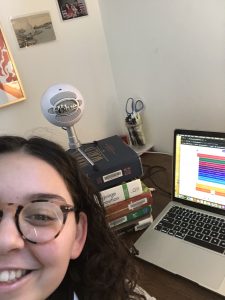 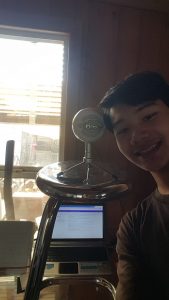 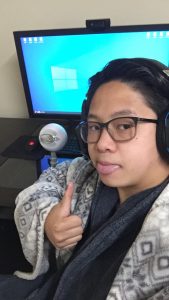 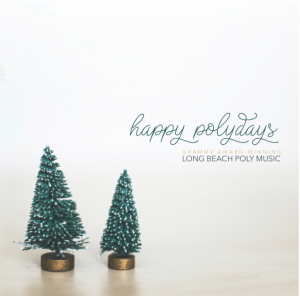 STORY BY MATT SIMON The Long Beach Poly girls basketball team came out a little lethargic on Monday at Compton. The Jackrabbits (21-3, 9-0) were coming off a big win on Saturday against Troy and it was clear the team had a slow start as they took a 21-8 lead after the first quarter. “(Compton) […]

The Bosco Winter Classic begins this afternoon at St. John Bosco High, where Long Beach Poly, St. Anthony, and Compton will all compete all week. We’ll have daily coverage from the tournament, follow 562sports on Twitter for live updates.

The Compton boys’ basketball team beat Long Beach Poly last night in the Ron Palmer Pavilion, marking their first road victory over the Jackrabbits since 2008, when NBA All-Star DeMar DeRozan was on the roster. Compton led wire to wire and was the more intense, engaged and motivated team for the entire game, which they […]