Boyer, a Narbonne grad and South Bay native, is a longtime local AAU coach who will be a walk-on with the Rams in his first head high school position.

“He’s a local guy with ties to some of our Millikan families, and he’s well versed on the Moore League,” said Marchael. “He’s very organized and comes well-recommended by many in the community. We are happy to have him come aboard and guide our team during the rough COVID seas we find ourselves in. He is motivated and has a clear heart for the success of our kids.”

Boyer takes over from Nate Berger, who coached the team to a 34-21 record the last two seasons including a first-place Moore League tie with Long Beach Poly last season. The team is in transition with its top player from the top two seasons, Rob Diaz III, having transferred out of the school.

For Boyer, the Millikan job is one he’s been circling for a while, with a basketball playing and coaching career that’s taken him around East Long Beach several times. Boyer, who has resided a few miles from the school for several years, played his high school hoops at Narbonne and then collegiately at Sacramento State. A pro-am career eventually led him to East LB where he became a regular in the NBA Summer Pro League while it was playing at Long Beach State’s Walter Pyramid.

Boyer got into coaching and coached several youth girls’ teams, including one that featured future Wilson soccer star Emily Dillon, and served as a lower-level girls’ hoops job at Los Al. After that he coached with the SoCal Buzz and The Truth Orange County, where he got to know some of the Millikan players.

“I know a lot of the guys in the league, I coached (Poly coach Shelton Diggs) son as well as Peyton and Christian Watson, a number of kids throughout the league,” said Boyer, who had two of the current Rams players on his AAU team last year as well.

Boyer said his style is uptempo on offense with an emphasis on film study and a reactive defense.

“We’ll switch defenses a lot, our biggest philosophy is we’ll be adjusting based off of what we see on film,” said Boyer.

Like most people, Boyer had a very different 2020 planned than what ended up unfolding. The plant was to expand The Truth OC’s high school AAU offerings, and he had a first day scheduled with 50 kids coming out when everything got shut down. Now, coaching at his adopted hometown neighborhood school, he’s ready for the future.

“I had my first official Zoom class with the kids, I’m getting some film to break down from last year, I’m excited,” said Boyer. “I have a lot of big plans, we’ll see what happens.” 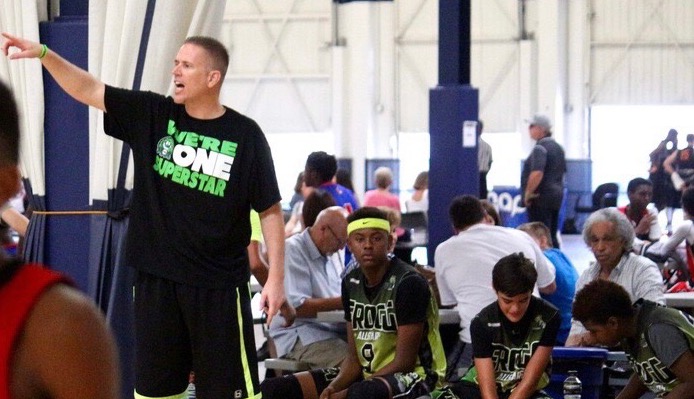 Football season is back, and starting earlier than ever thanks to a change in the schedule by the CIF State office. For Long Beach football fans, it’s not a moment too soon. Thanks to the new opportunities offered to local teams by the CIF Southern Section competitive equity format, every team feels like they have […]

We’ve got great shots from the Beach’s win over Bakersfield from photographer Joseph Kling. Support The562.org