The Lakewood High product just finished his fourth season in the Major Leagues, and received a significant honor as well, earning a Gold Glove honor as the top defensive shortstop in the American League. Crawford committed only three errors in 53 games, while hitting a career-best .255. It’s not bad for a player that some MLB scouts wanted to move to the outfield when they began looking at him.

“I started as a freshman at Lakewood as a shortstop and I knew I had the talent,” said Crawford. Still, some scouts saw a speedy young Black baseball player and thought he’d be better moving out of the infield. Crawford never wavered and wasn’t shy about letting teams know where he wanted to play.

“I said ‘F all those haters,’ my confidence never slipped and I kept working every day,” he said. “It got me to where I am today.”

Where he is today is an impressive spot. After dedicating himself to taking care of his body, he had his healthiest campaign so far, playing in 85% of his team’s games, the first time he’s been on the field for more than two thirds of the season. The former 16th overall pick by the Philadelphia Phillies has been turning heads all year with highlight plays, culminating in the Gold Glove honor.

Crawfords fiancee, Kathy Carmona, hit him ground balls in their backyard. He watched film of himself during the offseason to figure out how to retool his swing. Then he suited up for the strangest MLB season ever, leaving his family behind.

“It was weird,” he said. “There’s days you’re dragging and there’s no fans to get your adrenaline going. There were times it felt like rookie ball. It’s just boring, you just go home, play the PS4, watch Netflix, and repeat. That’s it. I missed my fiancee and my dogs, the stuff that keeps you going.”

Usually Carmona and Crawford are together during the season, but the high school sweethearts spent this year apart because of the COVID-19 pandemic. Their wedding, planned for this December, was also pushed back to 2021.

Crawford also made history with the Mariners, who sported 12 Black players on their roster at one point this year, making them the MLB team with the most Black players in more than two decades. It was a significant bit of history throughout the Black Lives Matter protests earlier this year, and Crawford and his teammates were outspoken about police brutality, even voting to sit out a game in August.

“It might not ever happen again to have that many Black players on one team,” said Crawford. “Seattle was really behind us–in Philly you couldn’t really say anything about social issues, they kept you quiet. Here they said, ‘What can we do to help?’ It’s the opposite. I felt like I could speak out and use my voice.” 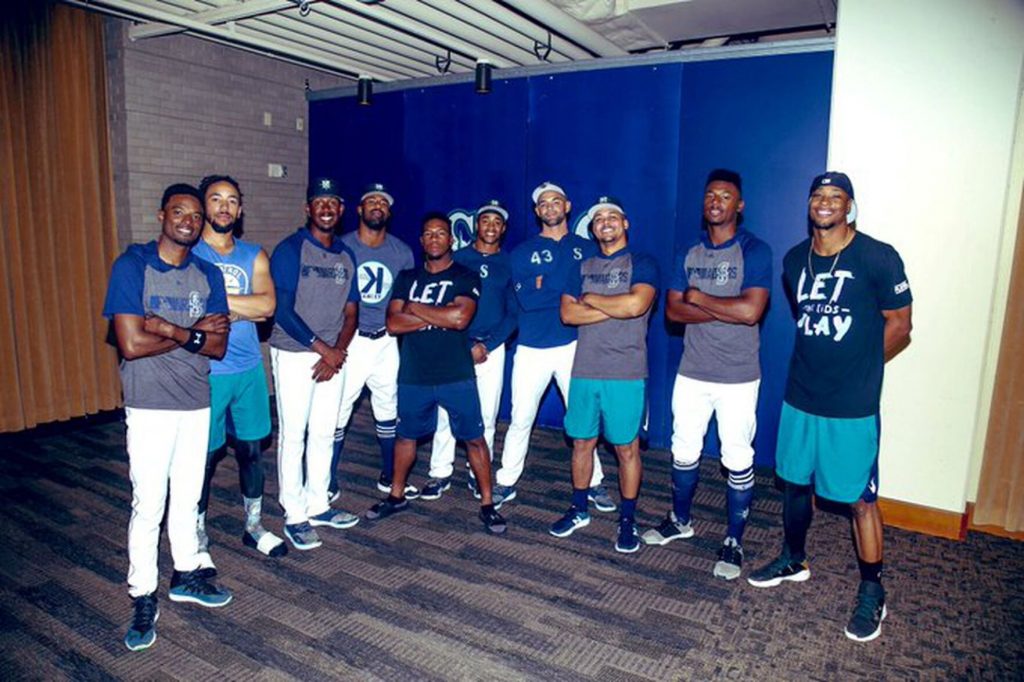 Crawford said that the team and most fans were behind them, but that he gets tagged in messages and comments saying “racism isn’t real” or “just shut up and keep playing” or “you don’t know what you’re talking about.”

“A lot of teams wouldn’t have been behind us and I’ll always be thankful to them that they were,” said Crawford. He and some of his teammates have also started a youth program, Baseball Generation, to encourage more inner city athletes to play the game.

“When I was that age, seeing Aaron Hicks gave me hope,” said Crawford, referring to the Wilson star who’s now with the Yankees. “He’s from where I’m from, so that showed me I can make it. I tell the kids at our camps and events, we were in the same shoes you are a few years ago. We’re just trying to pass down knowledge and hand off the baton.”

A regular season of playing elite teams prepared Lakewood to look dominant at home on Thursday in the first round of the CIF Southern Section Division 2 playoffs. The Lancers came out determined and easily rolled to a 25-13, 25-13, 25-18 win over visiting Alemany. “We’re really confident going into the playoffs,” Lakewood sophomore Laura […]