This is the seventh of 10 stories about the best Long Beach youth sports teams we’ve seen over the last decade. We’ve taken nominations from the community and will release the top 10 in no particular order. Come back next week to read about other club squads that made this historic list.

It’s fair to say 2019 was the most successful season yet for the Belmont Shore Rugby Club, so we are honoring a pair of championship squads to represent the entire group that brought home multiple tournament titles.

Both U14 boys’ and girls’ teams won national championships in Las Vegas and Utah a year ago, and they did it the Long Beach way, with speed and tenacious defense.

“We work hard on our skills and especially our fundamentals,” coach Jon Pua said.

Pua had a son and a daughter on each U14 team last year and coached both squads with the lessons he learned growing up as a rugby player in New Zealand.

“America is known for having great athletes but rugby is a sport you have to grow with,” Pua said. “You have to develop natural instincts at a young age. In New Zealand, you’re born with a rugby ball in your hands.”

The New Zealand connection is what brought Pua to Belmont Shore Rugby as an adult league player in 2003. He said the club felt like home because the coach and club director at the time were both from New Zealand. That acceptance made it easier for Pua to teach the New Zealand way when he started coaching in 2014.

“New Zealand has a style of rugby that’s different,” Pua said. “It’s a real tribal culture. We call it ‘mongrel’ because it’s a tough attitude you have to bring to the game behind those skills. The fundamentals like passing, tackling, line speed on defense and counter attacking… That makes New Zealand rugby top notch because we master those skills. I wanted to bring that to my teams.”

The Belmont Shore U14 boys’ team started 2019 with a very disappointing loss at the Las Vegas Invitational. Pua remembers telling his team they were not being themselves in that tournament.

“It was a group of funny guys who liked to clown around with each other,” he said. “The boys were too tense and too serious that tournament. There was no flow.  When they started joking around again they were more relaxed and played more fluently and confidently. Then they have fun.”

The team looked reborn when it came to the North American Invitational in Utah. They quickly got back to winning ways with a more relaxed attitude, but the elevation in Utah got to them at the end of the first day of completion.

“It took a toll on the boys,” Pua said. “They were throwing up, lethargic and tired.”

Belmont Shore limped into the last quarterfinal match and were trailing with a minute left. Pua had relied heavily on the natural speed his squad had at the winger position. They would routinely score off a counter attack by just feeding players like his son Elijah Lolesio-Pua and Devan Stamps. That’s exactly what happened in the quarterfinal, and Lolesio-Pua scored the game-winning try and conversion to keep Belmont Shore in the winners bracket.

That speed came in handy again in the final when Belmont Shore converted three tries on kickoffs to run away with the National Championship trophy. The team they beat was the team that knocked them out of the Las Vegas Tournament. The U14s finished the season undefeated with other titles coming at the Southern California Youth Rugby Championships and the Cal State Games.

The Belmont Shore Rugby U14 girls’ team caught everyone by surprise since they were the youngest and smallest team in the division. After only a month of practice, Pua and assistant coach Rob Pahulu took them to the Las Vegas Invitational, where they shocked everyone by winning the National Championship.

“They’re something special,” Pua said. “Our key to winning was our defense. They were like pirañas. If anyone got into their territory, they’re biting them. Our girls were ruthless. We were getting in their faces as soon as the ball comes out, stealing the ball and then counter attacking off of those steals with our speed.”

Softball players turned rugby wingers Sariah Ibarra and Alyson Boran were both key to that counter attacking mentality throughout their season that included a National Championship at the North American Invitational.

“Only half of that team had played rugby and they have a bright future,” Pua said. 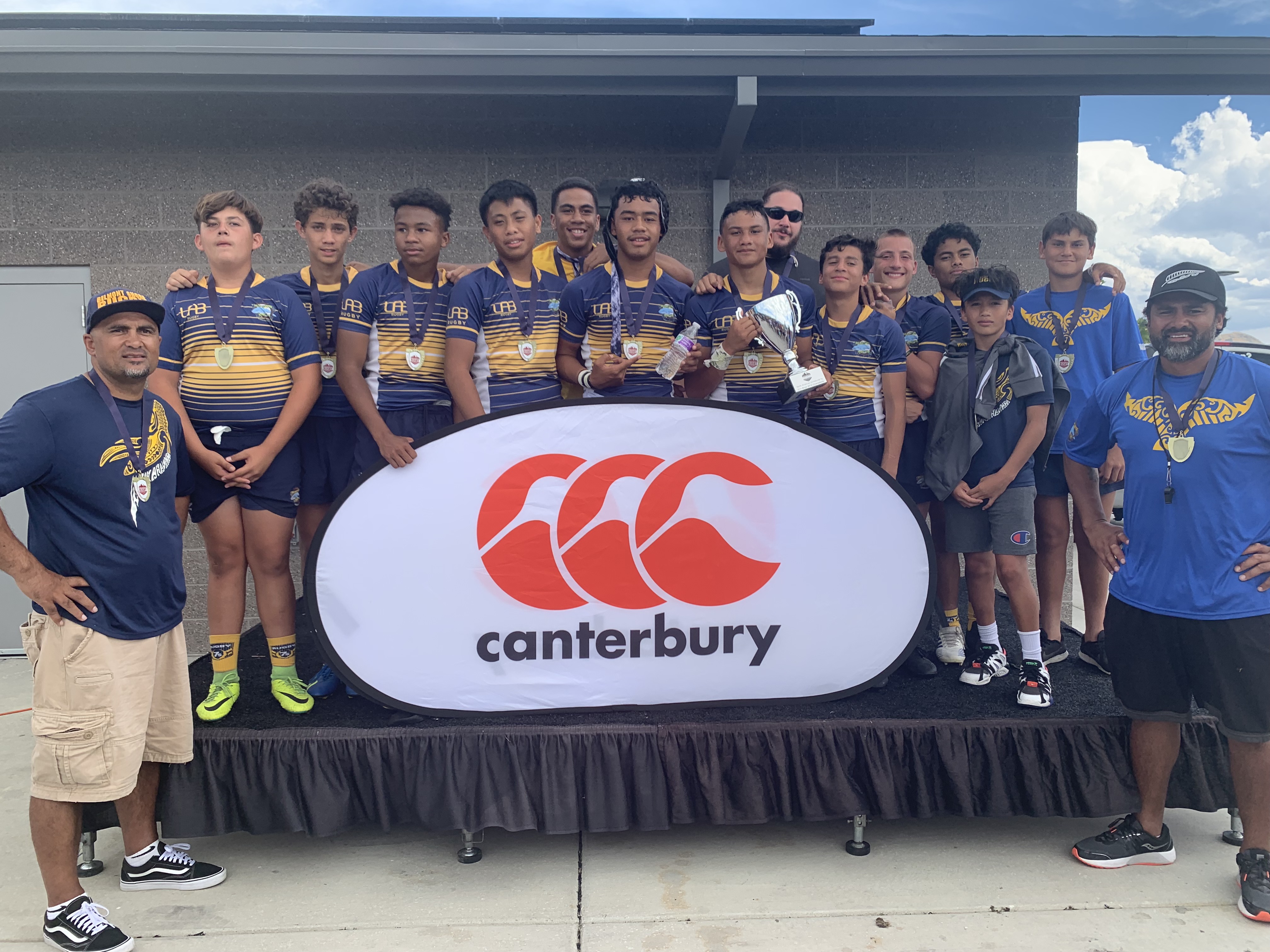 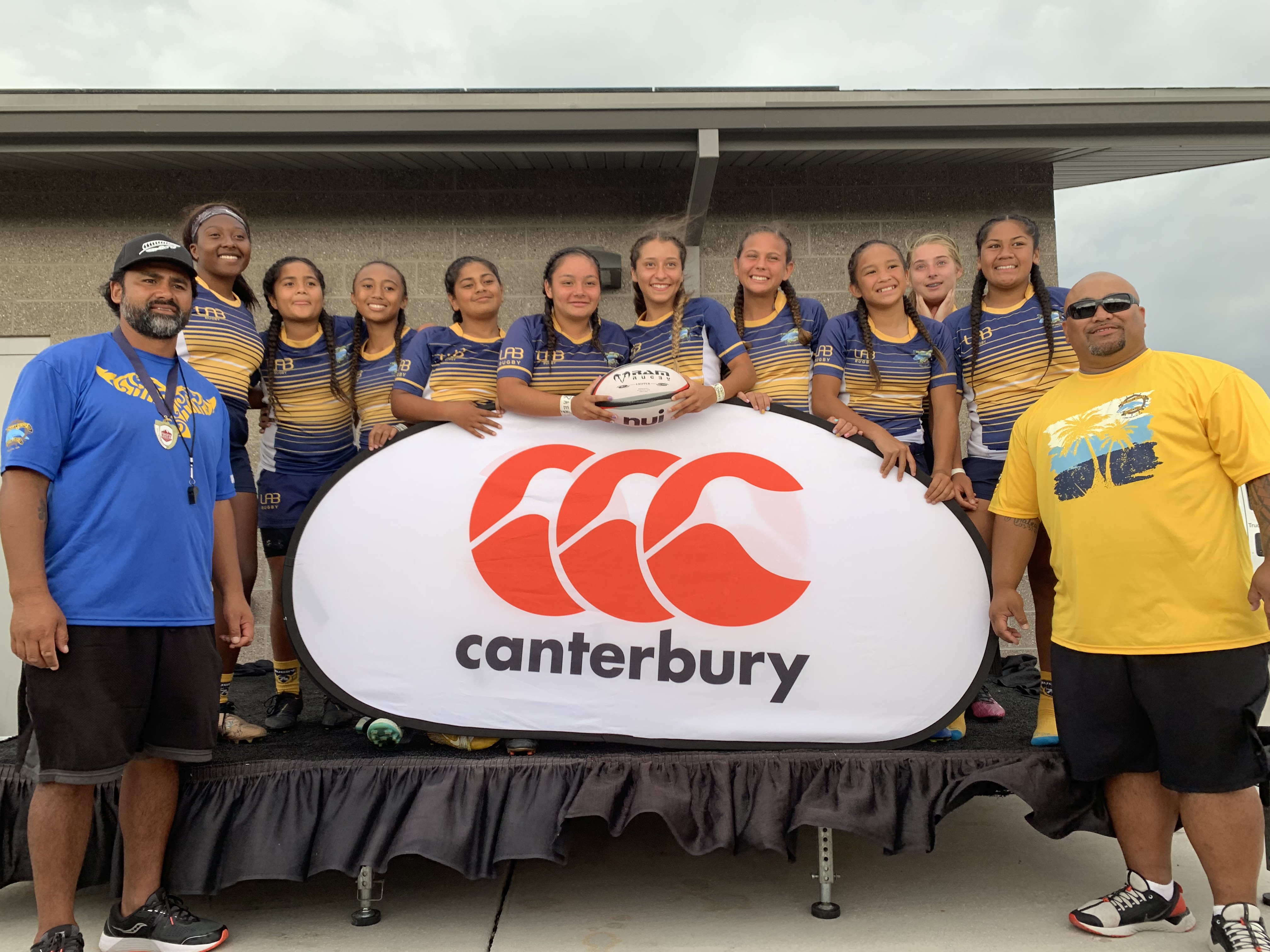 The Uptown Long Beach 10U All-Stars aren’t the only young baseball players from North Long Beach to take a long vacation this summer. The Long Beach Thunder 12U squad, also from Cherry Park, is traveling to New York for a tournament at Cooperstown All-Star Village. Coach Robert Weaver put the team together last year so […]

Former England International rugby player and Belmont Shore Rugby Club coach Ed Robinson updates us regularly on rugby in Long Beach. England’s historic Eton College is recognized as one of the world’s most respected learning institutions. Often credited to their successful perspective is the wisdom of 15th Century philosopher Grantland Rice. He famously wrote, “When […]

The Uptown Long Beach 10U youth baseball team upset Los Altos at the SoCal State Tournament in Simi Valley last weekend to qualify for the Pacific South West Regional in Honolulu from July 15-21. This is the first year of Cal Ripken league baseball for Uptown LB and they’ll face teams from Arizona, Nevada, Northern […]