The effects of the 2020 COVID-19 pandemic have been wideranging on sports and the larger world as well. One of the more subtle effects of those changes has been a desire to stay closer to home, with commercial air travel no longer something people can take for granted. The result has been a recent spate of star athletes committing to USC and UCLA, as well as the almost complete stop of athletic transfers between high schools.

In the last three months, five prominent high school players with a bevvy of college options elected to stay local. Millikan football standout Ezavier Staples elected for UCLA over Penn State and others early in the summer. Poly basketball star Peyton Watson, the top hoops recruit in the state, eschewed Arizona and Virginia and a host of other schools to commit to the Bruins as well.

Poly volleyball recruits Adonia Faumuina and Rylie McGinest both had lots of options on the table as well, but both picked USC. Faumuina is one of the highest-ranked recruits in the junior class and her other top options included Oregon and Texas. A little up the road from Long Beach, Lynwood High’s Rayah Marshall, one of the top five recruits in the nation according to ESPN, picked USC over UConn and other elite powerhouses.

The reasons behind the trend seem to be multi-faceted. Several of the recruits talked about the fact that the NCAA shutting down recruiting has meant that they can’t travel for official visits.

“We were going to go take visits to a few places but we weren’t able to because of COVID,” said Watson.

Because he’s an elite player in Southern California, he’s already familiar with UCLA–a similar situation for the other commits.

It’s not just the lack of access to out-of-state trips, though. Several recruits talked about having their priorities and perspectives shift as a result of the pandemic.

“With everything going on right now it’s hard to imagine going out of state and being away from my family and my little sister and brother,” said Faumuina, a point that Watson and McGinest acknowledged as well.

That being said, it’s likely a variety of factors. Watson, Faumuina, and McGinest all said they grew up wanting to play for the programs they ended up committing for, which undoubtedly was a factor as well.

Interestingly, the CIF Southern Section released its July and August athletic transfer numbers and it looks like high school movement is also down in a major way. There were just 66 transfers across the CIF-SS’ 500+ schools in July and 168 in August, down from 1,931 in July and August of 2019, a total decrease of more than 80%.

Some top athletes have left the state, like quarterback Jake Garcia, a USC commit who fled Southern California for Georgia, where the high school football season is carrying on with a Fall schedule. For the most part, though, the top players are staying in Southern California, and staying put at the high schools where they ended the 2019-20 season. 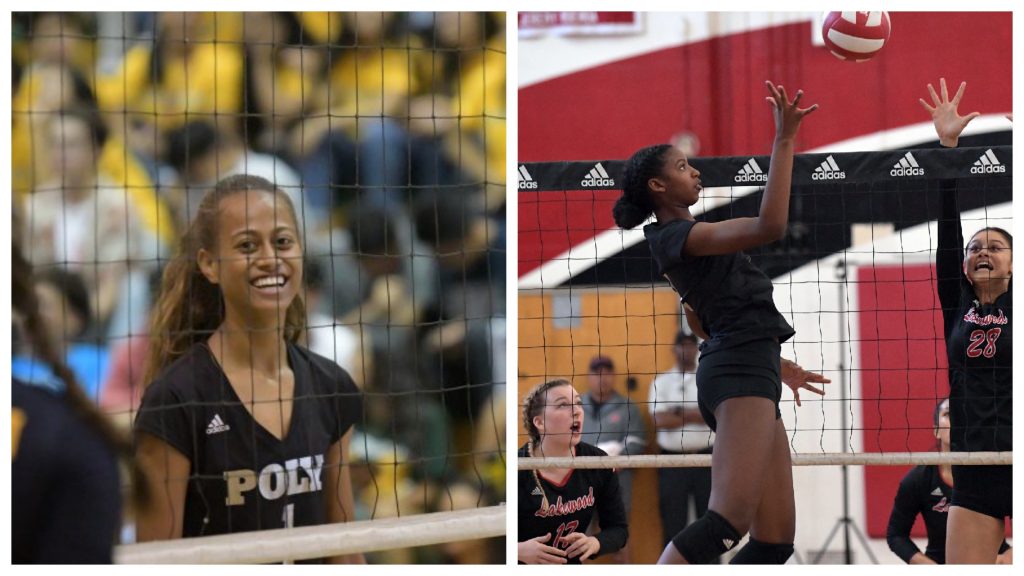 “Wake up!” yelled LBCC men’s basketball coach Barry Barnes at his team during a timeout. “We gotta play tough defense! Come on! Come ON!” Barnes’ exhortations came midway through the second half of his team’s huge game against East Los Angeles College last weekend, a meeting of the No. 5 and No. 6 teams in […]