A lot of teenagers get jobs while attending high school. Ashton Sylve’s job just happens to be punching people in the face.

Sylve, 16, made his professional boxing debut last month in Mexico and showed why he’s got big names like Floyd Mayweather, Willie McGinest and Snoop Dogg in his corner. The Long Beach Poly student won via fourth-round stoppage against a 22-year-old opponent.

“The fight went well, but I think I could’ve done more,” Sylve said. “He was their golden boy, but I had to shut it down.”

Sylve outboxed the taller and more experienced Juan Magallanes in Rosarito using his fluid style and killer instinct. Sylve knocked him down three times in the first round before the fourth-round TKO.

“I think he had him figured out 45 seconds into the fight,” Sylve’s father and trainer Ivan Sylve said. “They called one of them a slip and tried to get their guy to survive. I told Ashton not to worry about it and keep stalking him.”

“When I’m in the ring I watch everything and see every possibility,” Sylve said. “I’m always thinking two steps ahead. In just a second, all of my options go though my mind before I throw a punch.”

“I had a few (game plans) because there wasn’t any film on (Magallanes). I knew he’s taller, and I was pretty sure he’d try to stay on the outside and keep me away from him. My plan was to break him down to the body and slow him down.”

Sylve is a 10-time national amateur boxing champion and two-time international champion fighting out of his father’s Jackrabbit Boxing & Fitness. The 126-pound phenom earned the nickname “H2O” because of his fluid style in the ring.

Ivan Sylve, who played football at Long Beach City College, opened Jackrabbit Gym seven years ago to create a place for Ashton to develop his talents. The boxing facility has also done a lot of good for the community.

“I got a former gang member not in the gangs because he boxes,” Ivan said. “We’ve got a lot of talent in the gym now too.”

“I’ve been supporting him since he was boxing in Pampers,” McGinest said of Ashton. “He was ready (for his first fight) and he went out and showed it.”

McGinest was one of 60-70 Sylve supporters who made the trip to Mexico for his debut on Aug. 29.

“Ashton has a killer instinct,” McGinest said. “He’s so humble and quiet, but once he gets in the ring he flips that switch. I was talking to Mike Tyson the other day about that mentality. When you’re in the arena, or in the cage with tigers, you have to become something different in order to survive.” 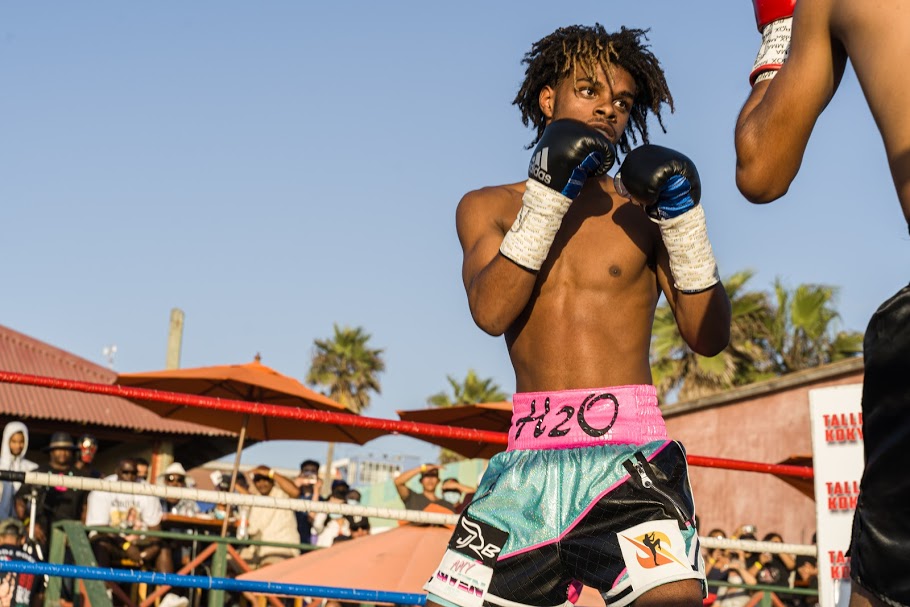 Sylve was born and raised in North Long Beach, where he was bred to be an athlete.

“I think it’s genetics,” Sylve said of his natural athletic ability. “My dad kind of raised other people’s children and I call them my brothers too.”

Ivan routinely organized neighborhood games of basketball, football and even boxing. Sylve said his first love was basketball, but he excelled so much with the gloves on that he couldn’t ignore the possibilities of a career.

Instead of going to his local middle school with friends, Sylve went to Stanford Middle School, where he learned to interact with a lot of different people. It was around this time that Ivan’s training of Ashton got more serious because of his growing skill.

“I learned to fight on the streets,” Ivan said. “Looking back, I guess I had a chip on my shoulder and my dad was in prison… boxing always fascinated me. I came into the game real humble and absorbed everything I could.”

The advice the Sylves got was bonafide thanks to a YouTube video Ivan made of Ashton training. It got passed around and ended up catching the eyes of Floyd and Roger Mayweather. The Sylve’s were invited to Mayweather’s camp as he prepared for his 2012 bout with Miguel Coto.

“They all recognized Ashton’s skill right away,” Ivan said. “He doesn’t really have a style and that’s good. He’s like water, just always moving and adapting.”

Water actually gave Sylve his first great boxing lesson. He was in Las Vegas for his first amateur fight, and his dad told him not to go in the pool.

“He said it would drain me but I was 8 and I was disobedient,” Sylve said. “I didn’t win and that little mistake taught me to just listen.”

Since then Sylve has had more than 100 amateur fights around the world.

“There’s a feeling you get in the ring that’s just different,” Sylve said. “You really feel like you accomplish something. In team sports you can kind of redeem yourself. Losing a fight hits your dignity and pride. It’s different than losing a basketball or football game.”

Giving up those other sports was hard for Sylve, but it wasn’t nearly as difficult as maintaining a disciplined diet.

“It really shows in the ring and catches up to you in the long run,” Sylve said. “Being on a diet and losing weight kills me the most. When I’m losing weight I’m a sweets guy. I need some type of energy. But when I’m down on weight I’m more of a backyard BBQ type guy.” 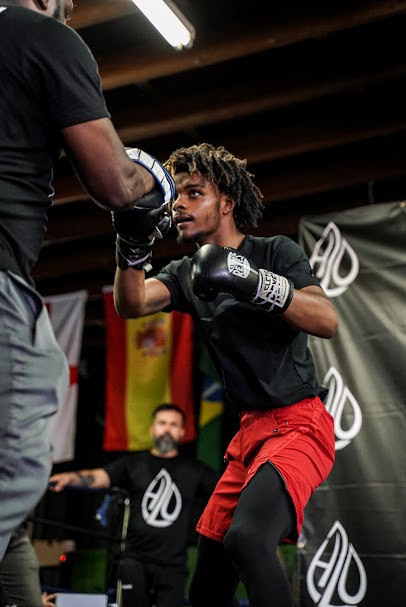 Thoughts of future plans and goals keep Sylve motivated during those long, grueling training sessions with his father.

In January, the Sylves weren’t sure if Ashton would go pro or try qualifying for the Olympics. However, COVID-19 shutdowns pretty much decided that for them when all the amateur events were cancelled. Ivan said he wanted to find Ashton a formidable opponent in Mexico, where he’s allowed to box professionally. He’ll have to wait two more years to fight in the United States.

Because of the high profile connections in the family and H2O Promotions, Sylve got the red carpet treatment in Mexico, including a security detail that escorted him everywhere.

“They pumped him up and they pumped the fight up in Mexico,” Ivan said. “Somebody might be overzealous and think they can kidnap (Ashton) and get a million-dollar ransom because of the people around us who have a lot of money.”

Sylve said he was unfazed by the pomp and circumstance. 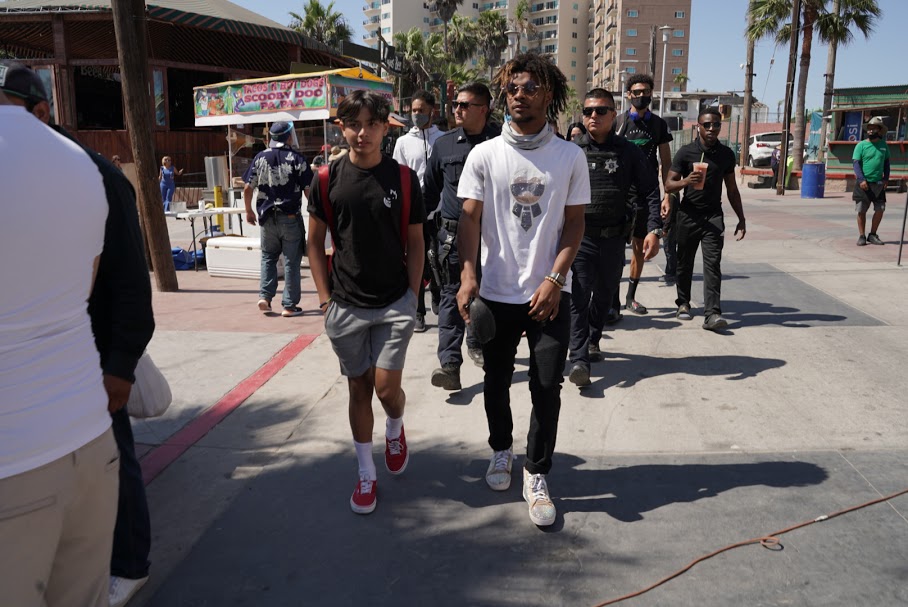 “I like having fun, seeing new things and experiencing different stuff,” Sylve said. “Doing the same stuff every day in training gets to me after awhile. I have to find something new to work on and that motivates me.”

Right now, Sylve is working on his power punches before his next bout in Mexico later this month.

“I was hoping to knock (Magallanes) out sooner than that,” Sylve said. “That kind of got to me, I don’t know how he kept getting up. I want to put someone down and be done with it.”

“He grew up in an area that has a lot of distractions,” McGinest said of Sylve. “The fact that he’s been able to stay focused and stay clear of all that is special to me. I tell him, ‘Once you make it you can come back and pull other kids out and tell them about your story and talk to them about the things you did to avoid certain instances.’ I think that’s important when athletes come back to the city and they give back to these kids in the community.” 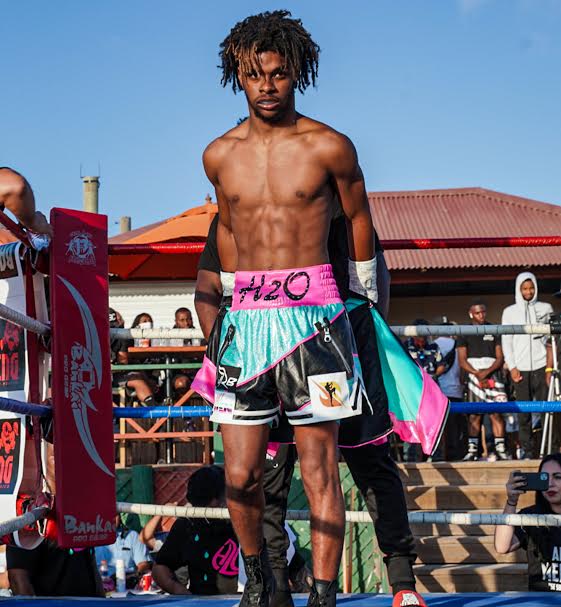 We’ve got great shots of the Jackrabbits’ thrilling win thanks to photographer Art O’Neill.

This Thursday, October 17, Long Beach Poly’s Ron Palmer Pavilion will host a clash of the Moore League titans as the Jackrabbits welcome in Lakewood with a championship on the line. The two teams have long controlled the league trophy, with the last seven championships won by either Lakewood or Poly. What’s rare about this […]