Three Long Beach Poly football alums have teamed up to help give back to the community during the COVID-19 shutdown. Brothers Cameron and Nolan McDonald and Raymond Graham have been donating food and supplies for the last three weeks and have plans to form a non-profit that will help them continue doing so in the years to come.

“Our mission is to help whoever, wherever, and whenever,” said Cameron. “We’re starting with our hunger relief program but we want to grow beyond that.”

Cameron and Nolan both play football at Florida State but are back at home due to the school and football program being closed down. Graham has been playing at El Camino College and also finds himself with free time now that physical campuses are shuttered.

The trio took a guerilla style approach, posting a GoFundMe link and then putting all the money they raised into supplies.

“Our first time out we made lunch care packages with fruit, water, snacks, and a sandwich, and we made fifty of them,” said Cameron. “We started in downtown Long Beach in an area with a large homeless population. The second time we went we wanted to give out hot food, so we ordered 60 Caesar’s Pizzas and passed them out in the same area.”

After pictures of the three of them handing out food made a big splash on social media, they got some kudos and some advice from people involved in homeless outreach professionally. One group donated hygiene kits that the three of them went and distributed with toothpaste and brushes, soap, combs, and body wash. They made lunch bags to hand out with the hygiene kits as well.

Cameron said the response has been inspiring to the three of them.

“People have been so grateful just that we’re out there trying to help, and that we’re talking to them, spending time with them,” he said.

Because of the fears around COVID-19, he said many members of the homeless community said they’d heard verbal abuse from people.

“I think the food meant a lot but I think it also meant a lot that they were noticed and felt like people actually cared for them,” he said.

The trio are still pursuing their football careers, but are filing 501c3 paperwork with the IRS in order to establish a formal non-profit, the Making Change Foundation, that will allow them to expand their outreach efforts.

In the meantime, they’re going to continue to do everything they can with the time they’ve been given away from football to try and help local families in need.

“If anyone wants to help they can volunteer with us or donate supplies,” said Cameron. “We’re on social media or people can just text me at 562-481-6182. We’re just going to keep executing the playbook that we have and trying to help.”

He also said that the time the trio spent playing football at Poly was instrumental to their desire to give back.

“It’s a testament to Long Beach Poly,” he said. “It’s more than a high school. You’re exposed to people with all kinds of experience and you all come out of there with so much love. It’s more of a fraternity in that sense, people are always looking out for each other.” 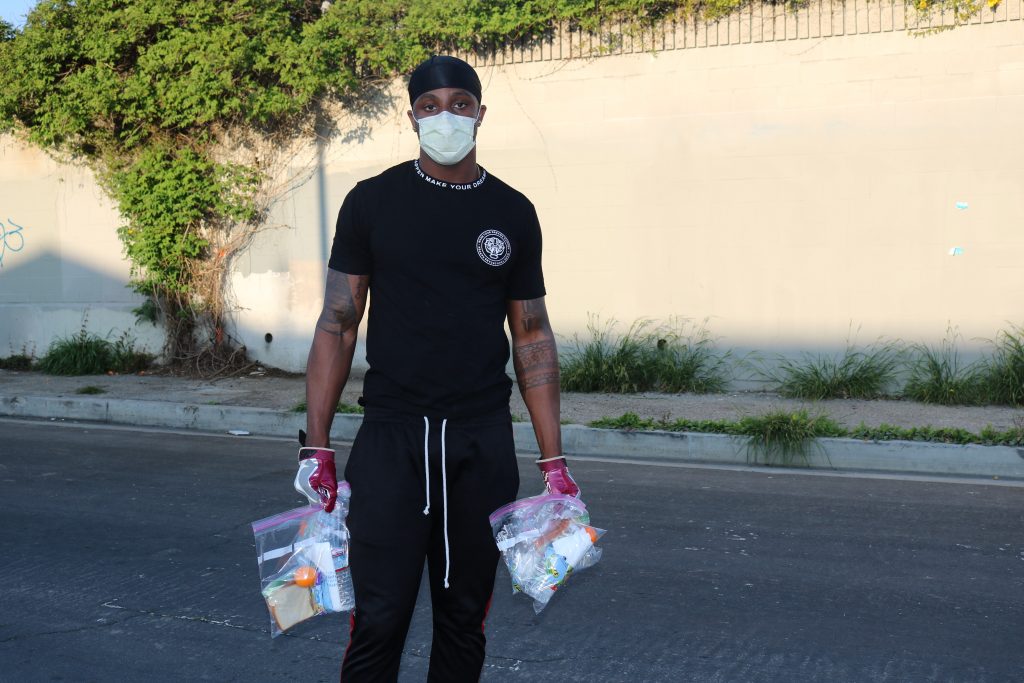 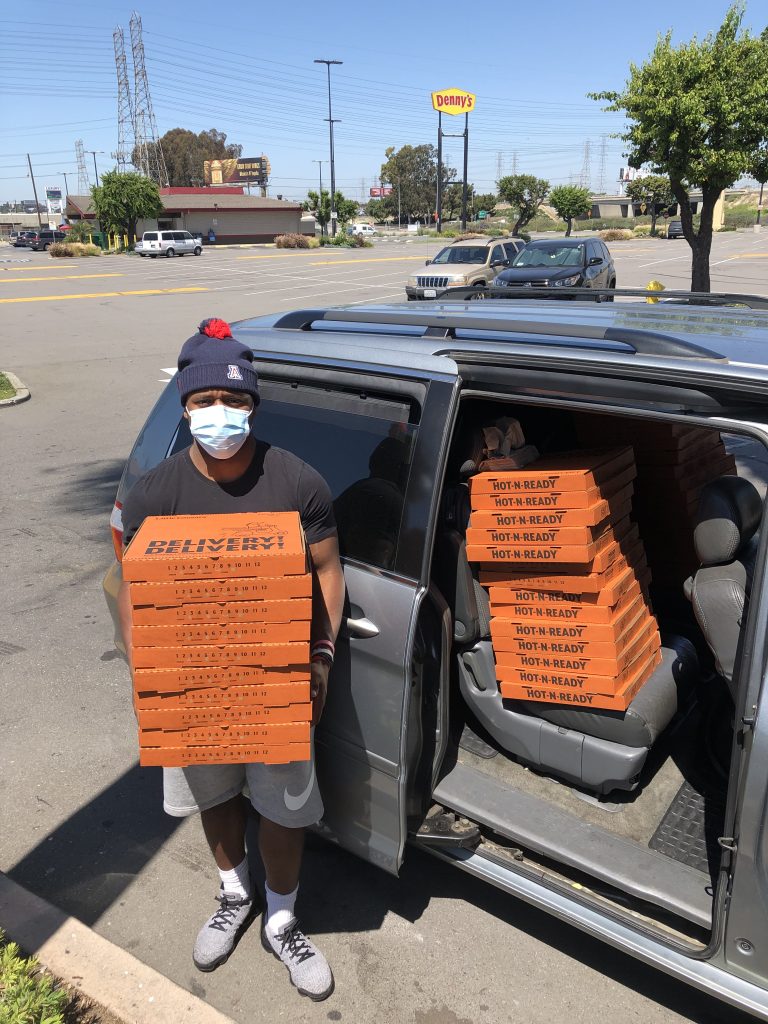 We’ve got great photos of the Jackrabbits’ league-clinching win, thanks to photographer Art O’Neill.

The 710 Rivalry will be renewed tonight as Cabrillo travels up the Long Beach Freeway to face Jordan. Both teams are hungry for a Moore League win after lopsided losses last week. “We’ve got a lot of injuries but we’re ready to play,” Jordan coach Tim Wedlow said. Jordan (4-3, 1-3) is playing its final […]