This was supposed to be the first of many LB In MLB updates for the local professional baseball players taking part in Spring Training.

This season was also supposed to be the beginning of a new generation of Long Beach baseball products stealing the headlines. Veterans Troy Tulowitzki and Evan Longoria are retired or wrapping up their careers, while young guns like JP Crawford and Jeff McNeil are trying to make a name, and a career, for themselves.

Of course, all of that is on hold now.

Established pros such as Aaron Hicks and Jared Hughes will be taken care of because they’re already in The Show, but up-and-coming talents like Garrett Hampson and Chris Betts are just left with a bunch of questions.

“It was just crazy,” Hampson said of getting the news last week that the MLB was postponing its 2020 season. “You never think in a million years that something like this could happen. All of a sudden the world is going to shut down.” 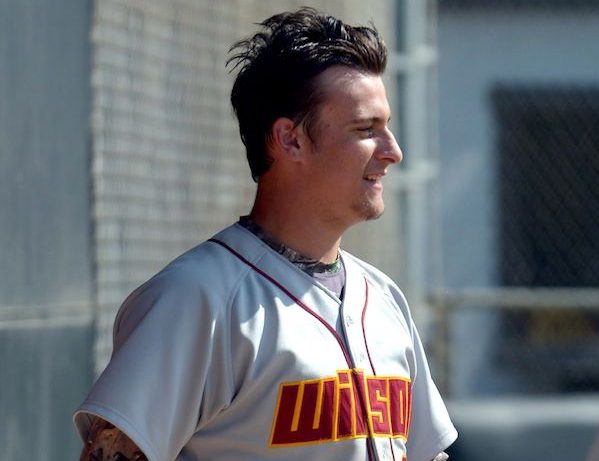 Betts went from celebrating his 23rd birthday on Tuesday, to being sent home from the Tampa Bay Rays spring training facility in Port Charlotte, Fla., on Friday. The Wilson High alum was in his truck driving home to California by the end of the weekend.

“It was very open-ended, and when they told us they were shutting down the complex for all minor leaguers, that told me they don’t have a clue when this is going to start,” Betts said. “If they were really confident in the season continuing at a reasonably scheduled date, they would find a way to keep the complex open, or they would make that clear.”

Betts was picked up straight out of Wilson by the Rays in the second round of the 2015 MLB Draft. A slew of injuries and a Tommy John surgery limited Betts until this year, when he worked his way into the everyday catcher role for the the single-A Bowling Green Hot Rods.

In July at the Midwest League All-Star Game Home Run Derby in Indiana, Betts won the competition for the East All-Stars and celebrated by launching his bat into right field. The highlight went viral and Betts ended up doing a ton of press with national baseball writers and ESPN.

Betts was hoping to improve his stock as a prospect in Florida this month, but now he’s planning alternative workouts in Long Beach.

“I’ve always been envious of this 10-year-old who lived across the street from me,” Betts said. “He’s a really nice kid, and he’s got a batting cage in his backyard. So, I’m literally going to go over to this 10-year-old’s house and hit with him.

“I bought the house right across the street from my parents. So, these people are my neighbors now. I’m going to workout, walk next door and hit, and just chill.”

Betts lauded the Rays organization for quickly stepping up and giving the minor leaguers their paychecks for this week, and next. They also reimbursed players for their travel home.

“I think that we’re really lucky that our season hasn’t started yet,” Betts said. “I think there’s a chance that (professional) sports don’t get played in 2020 … but if we were in that window where every single sport was going on, and every single sport is in a rush to get back … baseball can set the tone that we don’t have to go back yet. We’re three weeks away from being in a really good spot as a community, so hopefully everyone makes the right decisions and keeps following what they’re supposed to be doing.” 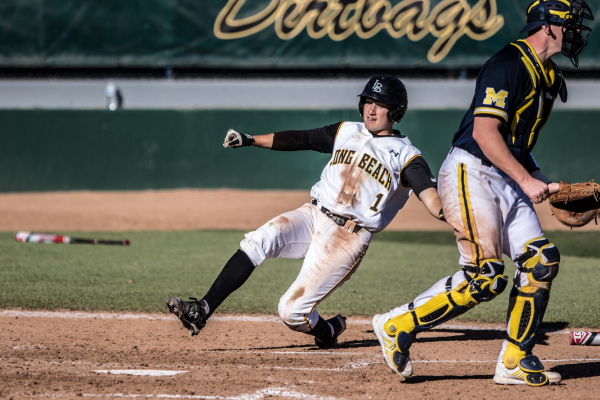 Hampson, 25, was drafted by the Colorado Rockies in the third round of the 2016 draft after a phenomenal three-year stint at shortstop for the Long Beach State Dirtbags. The Reno, Nev., native has become a utility infielder/outfielder for the Rockies while working his way up the ranks.

Hampson started 2019 in the minor leagues, but ended up playing 105 games for the Rockies while scoring 40 runs and hitting eight home runs.

The 2020 season was supposed to be Hampson’s breakout year, and his chance to put himself in position to sign a major league contract. He exceeded his rookie limits during the 2019 season, and is eligible for pre-arbitration this season.

Hampson is now just one of many budding prospects with no idea where he’s going to end up whenever the league resumes.

“It was going to be a big year for me to carry the momentum I built up at the end of last year,” Hampson said. “I was focused on just making the team out of camp. A lot of guys were. It’s crazy timing because the rosters weren’t set yet. So, there’s a lot that’s on the table and everything is on pause.”

Hampson said he’s planning on staying in Arizona where the Rockies facility is open, for now.

“We’re still hearing stuff day-by-day, so as of right now I’m going to stay here and continue to get ready for a season, which we really don’t know when it’s going to happen,” Hampson said.

Hampson was the 2014 Big West Freshman of the Year and a NCBWA Freshman All-American at LBSU. As a sophomore, he was one of 26 players on the USA Collegiate National Team that competed at the Americas Baseball Festival in Cary, N.C., that summer. Hampson was also the 11th Dirtbag to play for the USA Collegiate National Team, and the first since Danny Espinosa did it in 2007.

“I hope we can figure this thing out, and people follow directions, and we can get this virus out of here as quickly as possible,” Hampson said.

We’ve got some great photos of the 49ers’ sweep taken by photographer Stephen Dachman.

The latest episode of the LB Fee Show features an important conversation with Long Beach State’s Andy Fee and Alan Knipe about #SaveOurSports and how the Beach will be affected. Knipe also talks about how the COVID-19 pandemic is changing his sport and what is coming next for men’s volleyball.