As always, Long Beach Poly hosted a big Signing Day celebration in the school’s auditorium, where boys’ athletic director Rob Shock was emotional as ever.

“This is my favorite day of the year because I know it represents so much hard work for our student-athletes and families,” he said. “I tell kids every year, go get that degree and come back and tell us about it. Athletics are temporary, but that degree is forever.”

The Jackrabbits had 14 student-athletes sign on Wednesday, with several more still weighing offers or waiting for them. In recent years to accommodate the extras, Poly has begun holding a second event at the end of the year as well.

Noteworthy for Poly was a trio of lacrosse signees for the first time, as well as a pair of athletes heading to Washington State.

“The campus reminded me a lot of Poly, it was really welcoming like a family,” said swimmer Josie Liebzeit.

Matthew Iamaleava was the lone Long Beach State signee, as he’s now locked in with the school’s vaunted national championship men’s volleyball program. Iamaleava is the oldest of eight siblings, two of whom are now enrolled at Poly.

“I come from a big family and that’s the same atmosphere at Long Beach,” he said. “The fact that it’s close so my mom and dad and my brothers and sisters can come see me in the Pyramid is nice too.”

The Rams usually host their Signing Day celebration at the end of the school year but opted for a February kickoff because of the number of signees, with 10 Millikan student-athletes signing scholarships. 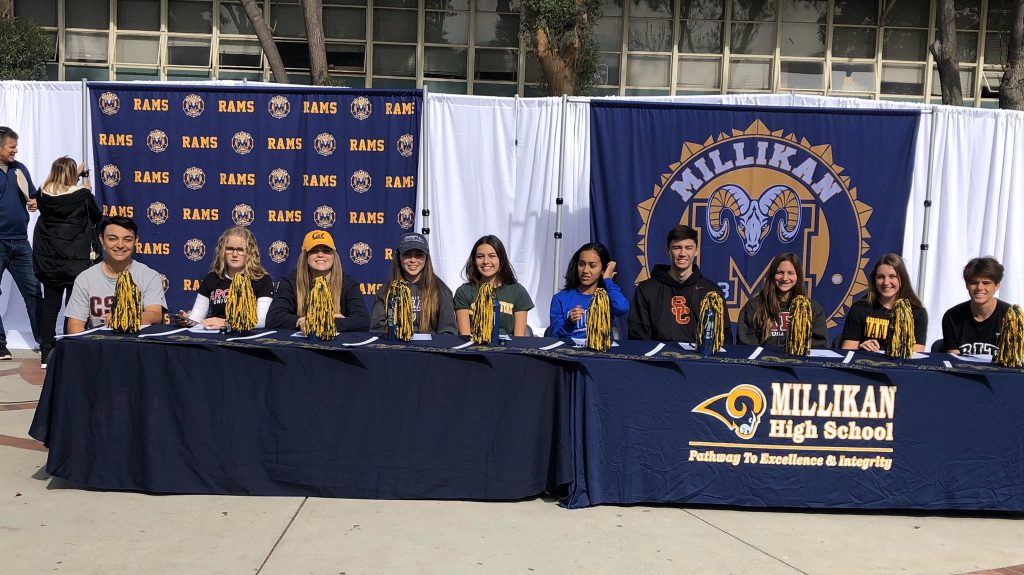 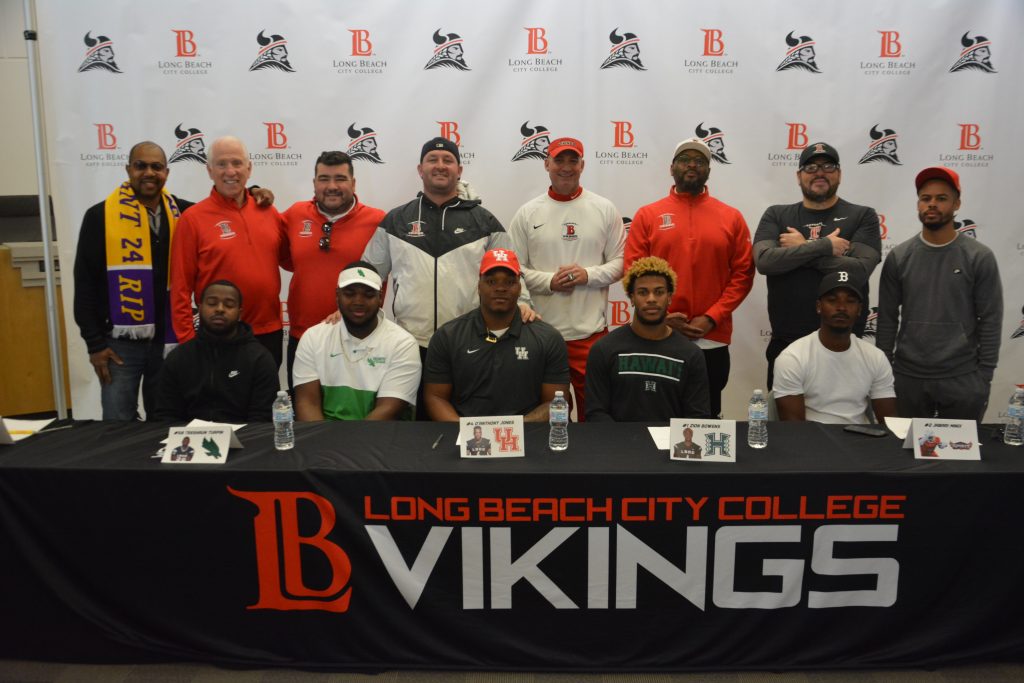 Moore League play is officially underway as we enter the fifth week of the football season! Here are links to all of the previews. LISTEN to our weekly podcast What Up, Long Beach?! We grade all the Long Beach football teams at the midpoint of the season. Long Beach Poly vs. Millikan Jordan vs. Lakewood […]

A successful young football coach is departing Long Beach, as Millikan’s Justin Utupo said Wednesday afternoon that he’s stepping down from a Rams program that he’d built up over the last three years. “I have nothing but gratitude, I can’t thank Millikan enough,” said Utupo. “The administration having faith in me as a young 24 […]