Those three golds along with three from the AAU finals in Orlando earlier in the summer as well as his haul from previous years means that Jones has already collected eight gold medals in national meets before turning 10 years old.

Jones Jr., the son of Long Beach rapper Prentice “P-Nice” Jones, has been competing in the 9 and 10 year-old age bracket in both USATF events as well as AAU events, meaning it’s likely that his dominant 2019 will extend into 2020 since he’ll be in the same age bracket. 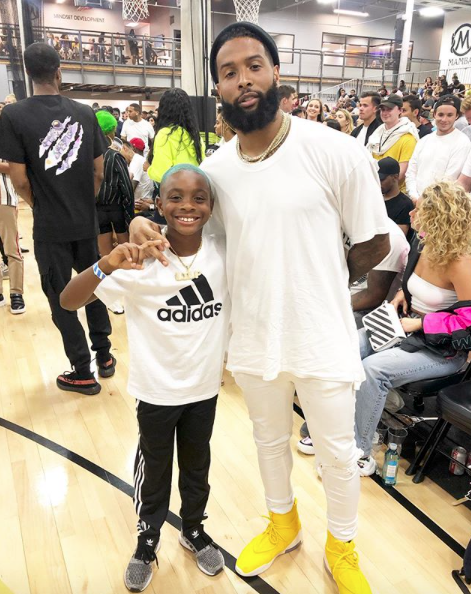 The FC Premier U9 boys’ team won its first Cal South State Cup Championship in Norco by beating some of the best youth soccer teams in the nation over the last two months. FC Premier defeated Rialto Fire 5-0 in the quarterfinal, Total Futbol Academy 6-4 in the semifinal and Brazil Stars 3-0 in the […]

The excellent sophomore season continued for St. Anthony’s Asjah Atkinson on Saturday at the CIF Southern Section Track & Field Masters Meet. Atkinson claimed Masters gold in the 100 hurdles with a time of 14.08, and led a strong Long Beach performance as Wilson’s Rachel Glenn finished third in the event. Atkinson started the day […]

This week we’re talking to Long Beach State Athletes Director Andy Fee about the six phases of how the Beach will bring athletics back to campus following the COVID-19 pandemic. We’re also joined by LaTanya Sheffield to talk about how Track & Field is responding to the pandemic, the now 2021 Olympic games and her […]