The upcoming Long Beach State men’s basketball season is an important one for coach Dan Monson, who is in the second year of a five-year contract extension. This year he has to get a big group of new players ready for a challenging nonconference schedule.

“Having six home games, the most preseason home games in the last decade here, will give this inexperienced group an opportunity to grow,” Monson said in an official statement.

LBSU will open its season at UCLA on Nov. 6 for the second straight year, and it will also be the first game for new UCLA head coach Mick Cronin.

The Beach finishes the first weekend of the season by hosting San Diego for Homecoming on Saturday, Nov. 9, and then hits the road to play Stanford, St. Mary’s and Seattle.

LBSU will also participate in the Wooden Legacy for the first time since the 2014-15 season. After facing Arizona in a non-bracketed game, it will play three games over Thanksgiving weekend in the Cal State Fullerton Titan Gym. LBSU is scheduled to play at least six BCS schools this season. 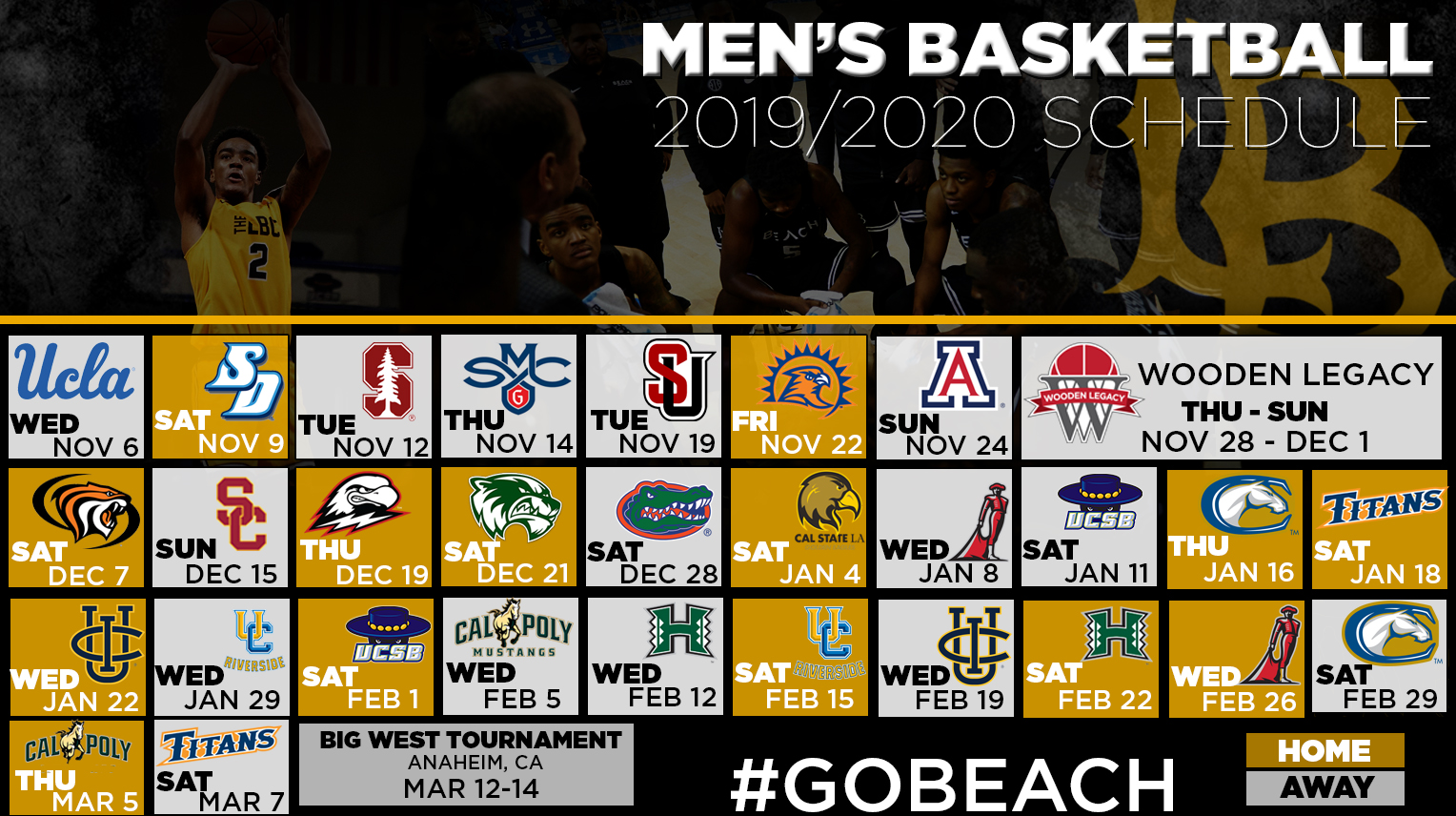 Defending Big West champion LBSU also has set up a challenging national schedule. Sixteenth year coach Mauricio Ingrassia has made the difficult preseason slate a hallmark of his program, and the Beach opens on Aug. 22 at Arizona.

LBSU has 13 home games and two road tournaments coming up in an important season for third-year coach Jeff Cammon.

“We wanted it to be a little more balanced than last season, but still with the goal of playing tough competition that will prepare us for the Big West Conference and the postseason,” Cammon said in an official statement. “We also have a really competitive group of mid-majors that we will face both on the road and at home. It will be tough, but will ultimately make us better.”

The Beach opens the season on the road at Cal Baptist on Nov. 5, before facing Westcliff in the home opener on Saturday, Nov. 9. LBSU also will play local road games at UCLA (Nov. 14), Loyola Marymount (Nov. 23) and USC (Dec. 20) for a tournament, but the marquee game at Walter Pyramid will be against Oregon Dec. 14 after the Ducks reached the NCAA Final Four last year.

Congratulations to our Athletes of the Week and thanks to Naples Rib Company for their sponsorship. HIGH SCHOOL Julia Sutedjo, Long Beach Poly Tennis Long Beach Poly singles star Julia Sutedjo helped to power the Jackrabbits to their historic CIF-SS title. Sutedjo went 3-0 in the championship, the only Poly player to do so in […]