Ed Robinson updates us on the latest Long Beach rugby news. Robinson is a former England international rugby player and coach who was also a professor at Long Beach State. Photo courtesy Brian Jackson.
———
Adrian Ojeda is a shining star with Belmont Shore Rugby Club who combines outstanding athleticism with terrific personal values. He was recently chosen as a USA Rugby’s MVP, and his dynamic play is eagerly anticipated when Belmont Shore takes the field.

Ojeda is also greatly respected and admired by colleagues where he works with special needs children. As a “gentle giant” Ojeda combines physical prowess with human kindness to those in need.

Ojeda’s father, Ernie, also played for Belmont Shore, and is internationally recognized for his expertise in Federal Emergency Management Relief services and counsel. He credits his son’s determination, fortitude and citizenship to his ancestral background with the Yaqui Tribe in Mexico. 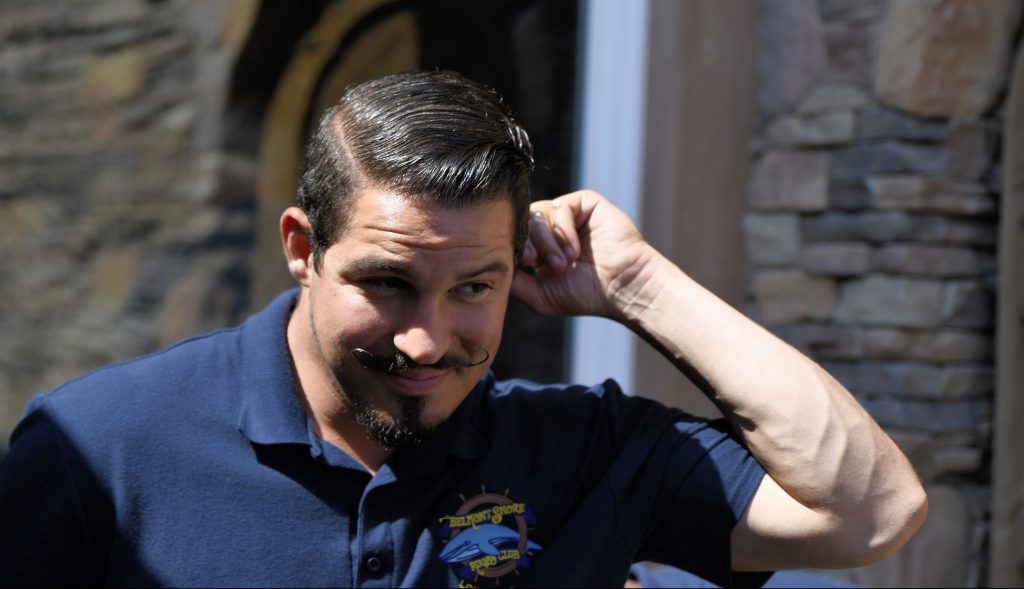 Sportsmanship and civility are consistently emphasized as soon as children are introduced to the game of rugby. This is very evident around our Seal Beach/Long Beach local parks and school fields where around 500 boys and girls ages 5-18 are playing. Many parents are also getting involved with local rugby.

The increasing success of the sport can be noted at local high schools such as Los Alamitos, Wilson, Millikan, Lakewood and St. Anthony where rugby standards are increasingly high. Long Beach State has a long-established tradition of excellence and, of course, our local Belmont Shore Rugby Club is consistently one of the best teams in the country.

Several other Belmont players have similar background and welcome interested supporters to their games at LBSU. Information is available HERE

This has been an eventful summer for local youth baseball, and the Long Beach PONY 14U All-Stars are the last team standing. They have advanced to the Super-Region every year since winning the World Series in 2008, and they start the 2018 Super-Region tournament on Thursday night in Covina against Simi Valley. “We have been […]

Not only did Los Altos Youth Baseball & Softball host the The Cal Ripken Southern California Championships late last month, the local baseball All-Stars defended their turf to win the tournament for the fifth consecutive year and earn the right to host the next round. The 2018 Cal Ripken Pacific South West Regional will be […]