With due respect to Poly’s famous, powerhouse football and basketball programs, it has always been a track and field school. Since the Jackrabbits won their first state title in 1928, the springtime program has been the most consistent one at 1600 Atlantic Ave. Of Poly’s state-record 37 CIF State championships, 25 have come in track and field and another three in cross country. The Jackrabbits have won 35 CIF-SS championships in the sport.

Irving, a Poly track product herself, isn’t looking for any additional accolades, however.

Among the Jackrabbits getting it done on the oval this year are Poly’s boys’ 4×100 team, the only team in Cali that’s gone under 42 seconds this year (with a 41.45 marking at that). Football stars Kejuan and Keon Markham, Kenyon Reed, and Anthony Johnson make up that group. DeAngelo Chester, Everett Steward, Liam Anderson, and Octavian Hall look like a top 4×400 as well, with Steward leading the state in the 800. Anderson is one of the state’s top hurdlers so far this year.

While Poly is known for its sprints, Irving is excited that her team will feature more elite distance runners this year as well.

“Our boys’ cross country team had an amazing year, witnessing them competing at State was so inspiring for me,” she said.

Will Frankenfeld is currently California’s leader in the two-mile, while Ronan McMahon-Staggs is looking strong in the mile.

On the girls’ side, a host of talent across several events is boosting Poly including senior hurdler Kenya Payne, a USC signee. Queen Okoh, Jaelyn Predium, Quwshayah Peters, and Saminah Haddad have all had promising starts to the year, and freshmen like Zanae Woods (who anchors the 4×100) are proving that Poly is here to stay.

“It’s like this, as soon as we check out of our hotel at the State meet we make our reservation for the next year because I believe in my team,” said Irving. 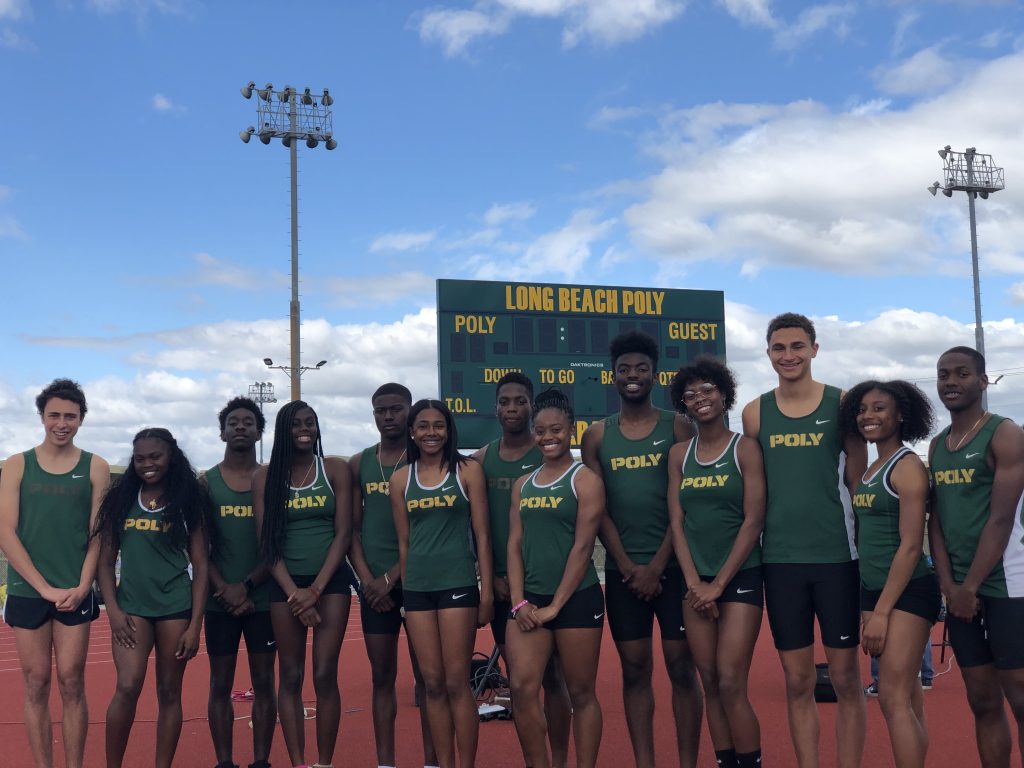 It’s been years since expectations were this high for Long Beach Poly softball. Now all of a sudden an elite pitcher and aggressive approach has the Jackrabbits in the thick of the Moore League race. It wasn’t that long ago when Lakewood was leading that race concisely, but the Jackrabbits 3-0 win at Lakewood on […]

Long Beach Poly went into the season believing that their offensive line was the best unit on the team, with confidence they’d be able to run the ball and assert themselves whenever they wanted to. The rushing attack and pass protection was uneven against powerhouse opponents like Punahou and Serra, but by and large the […]