The brief ring ceremony began with a highlight video of the previous season, with a heavy dose of the 49ers’ win over UCLA in the national championship. Head coach Alan Knipe said last month that he wanted to do the ring ceremony at a basketball game so that his team could enjoy the moment without having to prepare for their own match right after. The team will unveil the NCAA championship banner in the Pyramid at its home opener.

Knipe’s instinct may have been correct–after lining up to get their rings, his team enjoyed showing them off to the crowd and cameras. 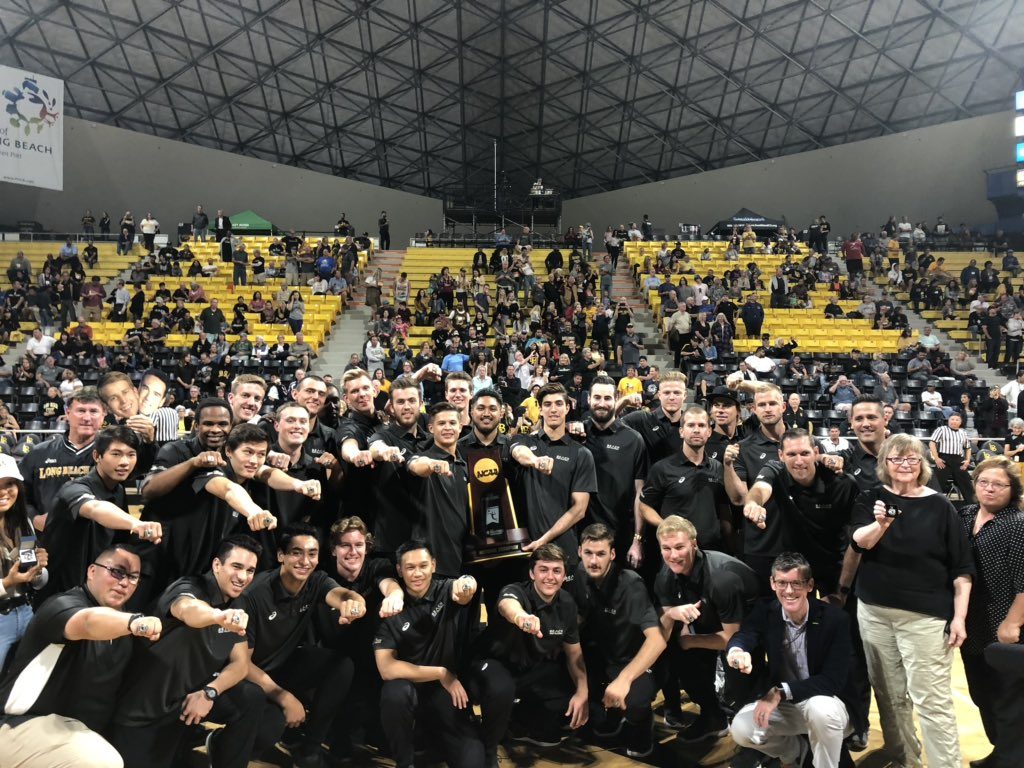 Long Beach softball is back in a big way this year. The Moore League is full of experienced returning starters, St. Anthony has the talent to make a deep CIF Southern Section playoff run and Long Beach City College is ranked No. 14 in California. Click here for our preview of Wilson Click here for […]

This will be a season of change for the Long Beach State Dirtbags baseball program no matter what results they find on the field. New coach Eric Valenzuela is rebuilding the roster and changing the approach after taking over in the summer. He turned around the St. Mary’s program with his energy and modern approach, […]

Taylor Rowland’s college softball career hasn’t been typical, but last week it turned historic when the Long Beach State sophomore became the fifth 49er to be named an All-American. Rowland earned second-team honors from the National Fastpitch Coaches Association. “I couldn’t have done anything this season without the support of my family and my coaches,” […]