Former Long Beach State men’s basketball coach Tex Winter passed away Wednesday at the age of 96; with him passed another connection to the program’s glory days, a stretch of time from 1970 through 1983 when the 49ers featured three future Hall of Famers as their coach.

Winter succeeded Jerry Tarkanian, Lute Olson, and Dwight Jones, and coached the 49ers from 1978-83. His part in nine NBA championships as Phil Jackson’s assistant coach with the Bulls and Lakers earned him a spot in the Naismith Hall of Fame, but he was well-known and well-liked in Long Beach as well.

“He’s in the long line of coaches that not only were great here at Long Beach State, but went on to do great things,” current Long Beach State head coach Dan Monson (and all-time program wins leader) said in an official university release. “What he did with the Chicago Bulls and revolutionizing the NBA was special. Tex said this was one of his favorite places he ever coached at and I said, ‘Me too.’”

Winter didn’t have the personnel to run his triangle offense at Long Beach State, but he still developed a reputation as a brilliant coach.

“The guy was an absolute genius,” said longtime Press-Telegram sports editor Jim McCormack, who covered Winter’s first teams at the school. “He was a genius as a coach and a genius as a human being. He was as likable and accessible as any man I have ever met.”

49er legend Ed Ratleff said that Winter was as sharp as any coach he was around in his playing and coaching career; Ratleff was an assistant under Winter at LBSU.

“We would go scouting, and it was amazing how he could diagram the other team’s plays,” remembered Ratleff in a 2015 interview. “I’m trying to draw up the first cut of the first play, he’s already got the whole play and is starting the next one.”

Winter was already well-known before he arrived in Long Beach, having coached at Marquette, Kansas State for 15 years, and Northwestern. He actually began to leave his mark on Long Beach’s program while still at K. State, when he convinced Olson to take the Tarkanian-vacated Long Beach State job, leaving Olson’s relatively cush post at LBCC behind.

Winter was born in Texas but attend Huntington Park High School, Compton College and Oregon State. He served in the United States Navy as a pilot during World War II, and then completed for the USC  basketball and track teams as an All-American pole vaulter.

The legends that he worked with in the pros all became big fans of his. Phil Jackson was a big advocate for his induction into the Naismith Hall, and both Michael Jordan and Kobe Bryant had glowing things to say after his passing.

“I learned so much from coach Winter,” said Jordan. “He was a pioneer and a true student of the game. His triangle offense was a huge part of our six championships with the Bulls.”

“I sat with Tex and watched every minute of every game during our first season together,” said Bryant. “He taught me how to study every detail. He was a basketball genius in every sense of the word. I’ll miss him deeply.”

Winter’s friends and colleagues in Long Beach remember a brilliant and friendly man. McCormack isn’t the only former Press-Telegram writer who had fond memories.

“He had simple tastes and no airs,” recalled Frank Burlison. “His offense provided ‘freedom through structure.’”

Burlison and other recalled that Winter’s favorite postgame spot was the Wendy’s that still stands at Bellflower and Stearns, a haunt he would frequently stop by to grab a quick frosty.

Winter was 78-69 in his five seasons coaching the 49ers, producing eight NBA draftees, four of whom played in the league. 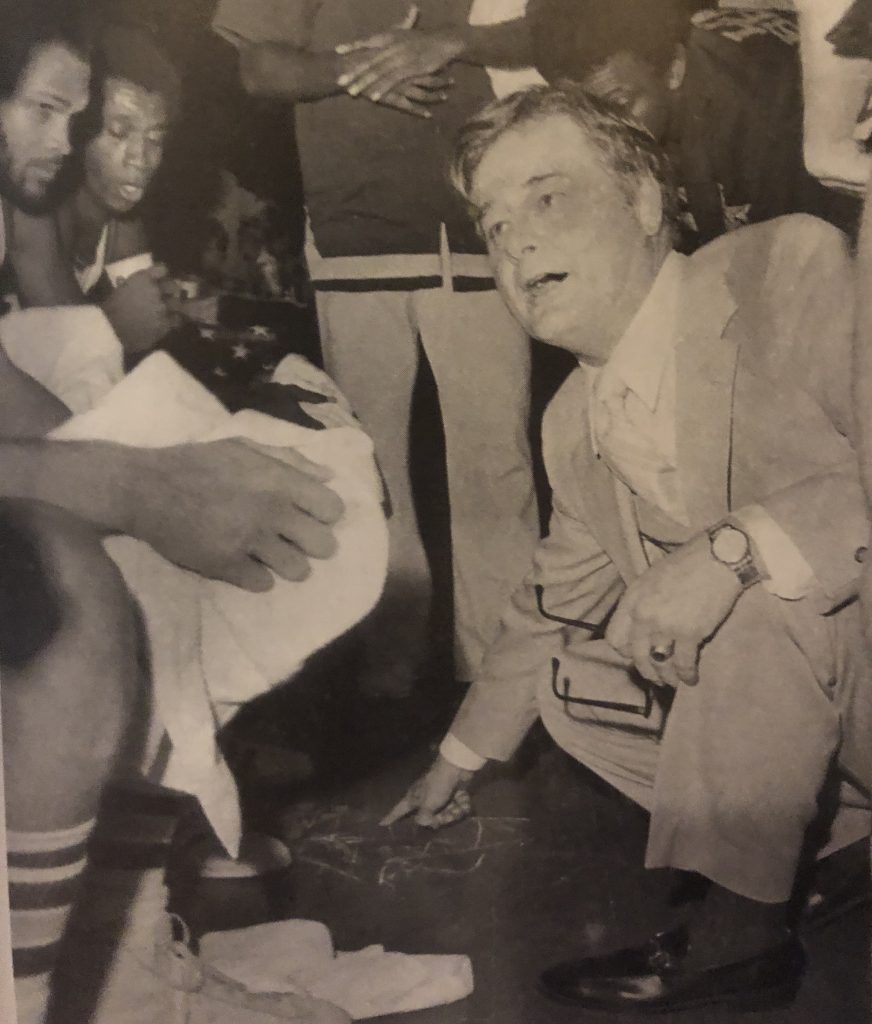 There are about 2,700 international students enrolled at Long Beach State, studying a variety of subjects. Two of them, Bjarne Huus and Simon Anderson, are trying to help the school’s men’s volleyball team win a national championship this week. Huus and Anderson are not your typical “fish out of water” stories. Both have thrived since […]

The Big West Conference women’s soccer clash between Long Beach State and Cal Poly on Thursday at George Allen Field played out like a heavyweight boxing bout. LBSU bossed the proceedings and landed big punches early, but couldn’t take down the underdog Mustangs and their strong jaw until freshman Elysia Laramie knocked Cal Poly out […]