There’s a little bit of history between St. Anthony and Wilson’s football programs. The two teams played four times in the 1980s, with Wilson going 3-1, and then picked the series back up in 2014. We’ve been calling it “The Battle For 7th Street” since the rivalry was renewed, and that moniker is now emblazoned on a beautiful new rivalry trophy.

The series was renewed because former Wilson head coach Mario Morales is now the head coach of the Saints; his former defensive coordinator, Mark Ziegenhagen, has been coaching the Bruins.

“I love that name ‘The Battle For 7th Street’ because we used to call it ‘The Mario Bowl,’ and this name is a lot better,” said Ziegenhagen at last night’s Century Club meeting.

“The trophy is fun, it gives the kids a little something extra to get excited about,” said Morales. “We’ve got it right now I know our kids want to keep it, I know their kids want to get it.”

The new trophy features a pair of street signs reading “The Battle For 7th Street, Long Beach, CA” with both schools’ logo on it and the scores of the eight games they’ve played against each other. Wilson is 5-3 in the series although the Saints currently own the trophy thanks to a 14-6 win last year. 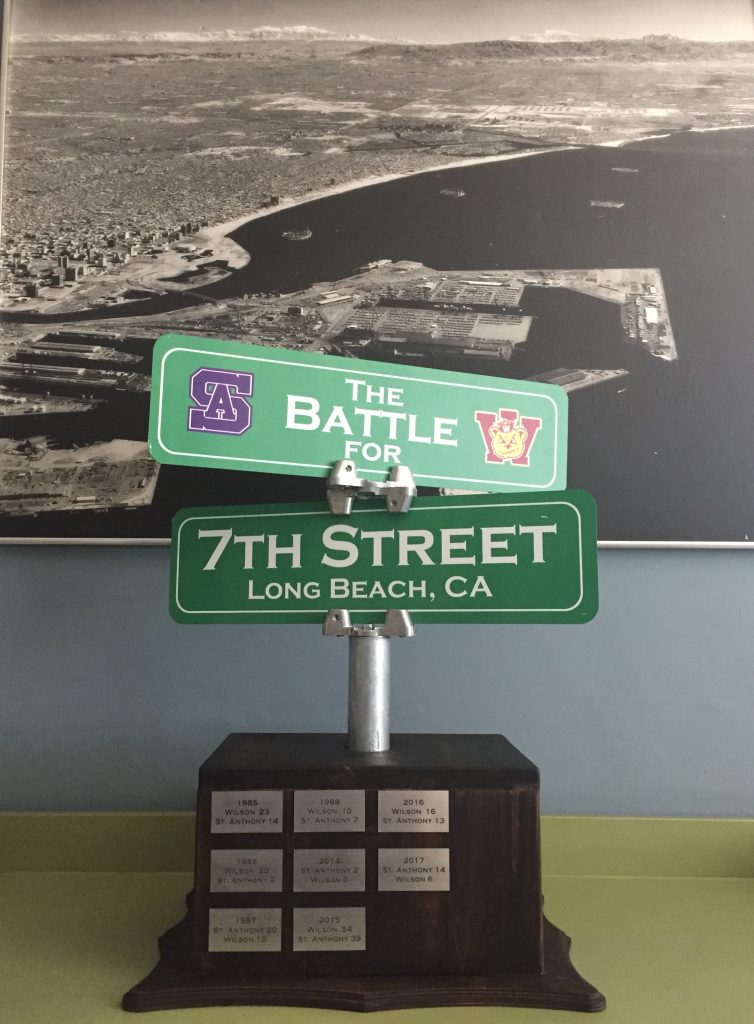 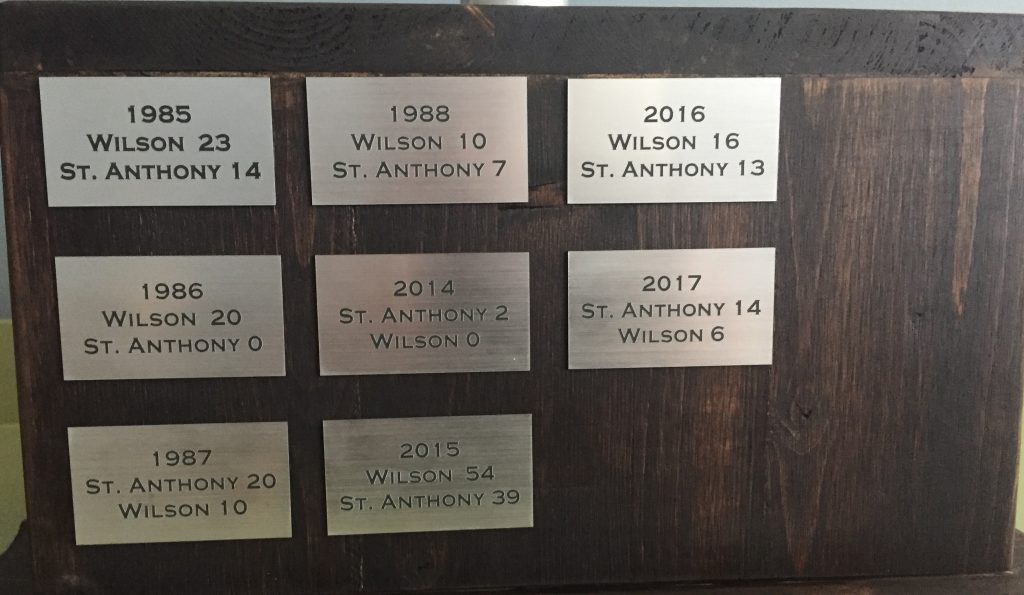 The Wilson boys’ golf team has legitimately high hopes for this season as they try to win a third consecutive CIF Southern Section championship. The Bruins (5-3, 2-0) are led by the best golfer in the city, Tyler Schafer, and have a 148-match Moore League winning streak that dates back to 2004. “This is a […]

This video is unavailable. No Description